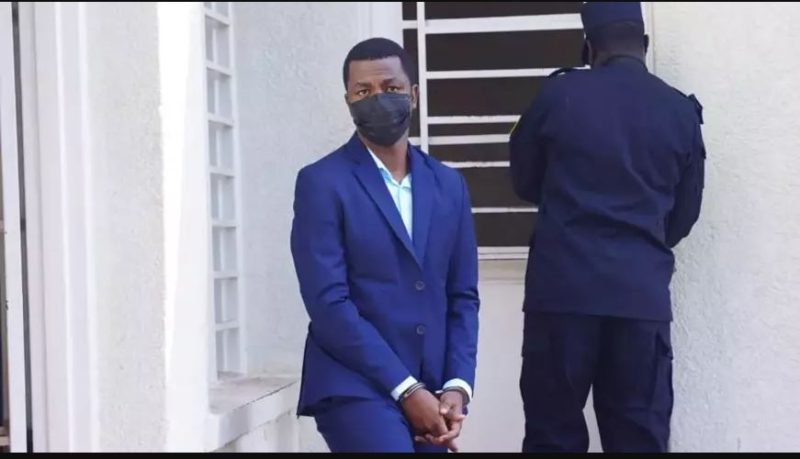 Prince Kid who is battling a rape case

Prince Kid was arrested last month and the prosecution filed a case against him with three charges; rape, seeking sexual favours and sexual harassment.

It is alleged that the defendant committed the crimes against Miss Rwanda contestants in different years.

When the court opened hearing today, the Prosecution presented their motion where they said, that in the interest of ongoing investigation, and the witnesses who need protection, the case should proceed in camera where the public and the media are not allowed in the courtroom.

Prince Kid and his lawyer Emelyne Nyembo were not happy with the request because they claimed that since the arrest was made public, there is no point to hear the trial in camera.

Nyembo further argued that her client being in custody, no reason for the witness to fear about their security.

However, the court ruled in favour of Prosecution and ordered all those that had come to follow the pre-trial to leave the courtroom.

The bail hearing was set to start on Wednesday May 11, but it was postponed following the defendant’s side which said they had not received the file of charges.

Meanwhile, more cases arose from Prince Kid arrest where, Miss Rwanda 2017 Iradukunda Elsa was arrested over tempering with the investigation and fraud.