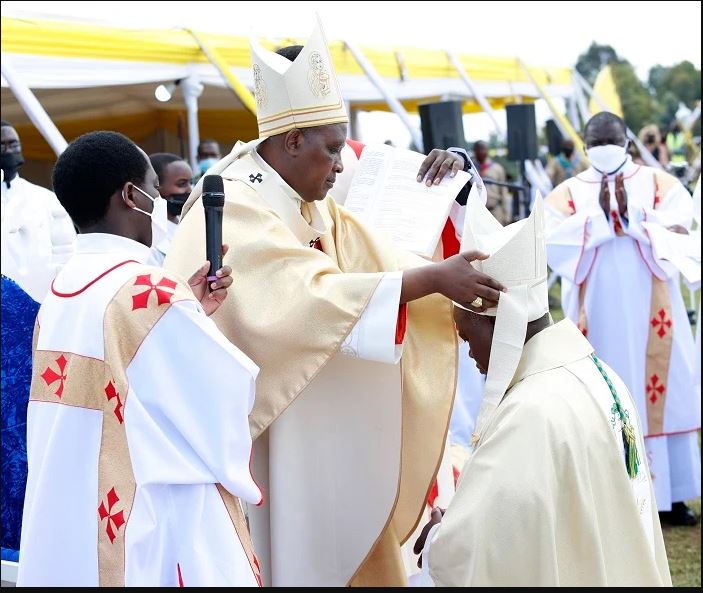 This Saturday, May 14 all roads led to Byumba cathedral for the ordination of Mgr Papias Musengamana, the new bishop of Byumba Diocese.

Christians, fellow church ministers(bishops, priests) both from Rwanda and guests flocked to the venue in thousands to participate to the rare event with rituals unique to the catholic church.

The government which has the catholic church for important partner was also represented. Apparently, President Paul Kagame was initially set to be the guest of honor, but he delegated the Prime Minister Edouard Ngirente.

When the latter took the floor, he conveyed the government’s appreciation to the Catholic Church in Rwanda especially in promoting development activities countrywide.

“The President has sent me to appreciate the Catholic Church which has through the cordial relationship with government contributed widely in improving lives of Christians and the citizens in general,” Ngirente said. 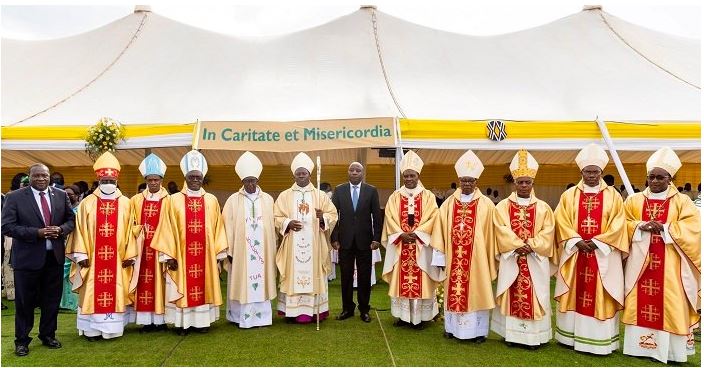 PM Edouard Ngirente surrounded by the bishops during the ordination

PM Ngirente cited activities in which the Catholic Church has played a significant role in the country’s development especially in education and health and stated that these developments are visible for everyone and with no doubt for the government.

Ngirente pointed out that Catholic Church leaders like retired Nzakamwita have been at the fore front in advocating and ensuring the developments are implemented in due time.

For example, the PM said that Nzakamwitata will be remembered as an active Bishop and the one who promoted unity, spiritual growth of Rwandans.

He said that Nzakamwita also helped the diocese to get funding for the construction of Kizuguro referral hospital- which serves various communities in Byumba Catholic Diocese and especially in Gatsibo district and beyond. 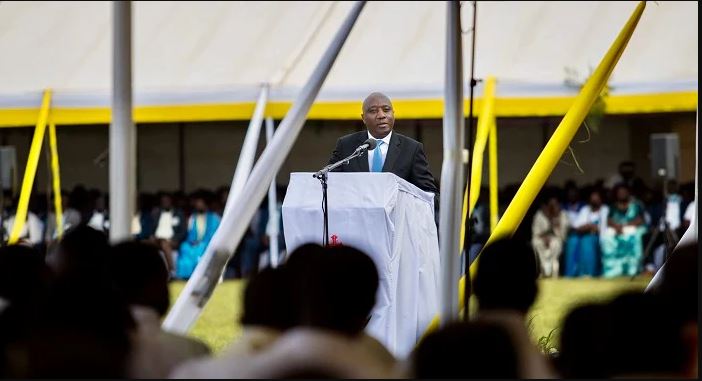 Basing on this hard work and footprint left behind by retired Bishop Nzakamwitata. Ngirente said that the new Bishop Musengamana will have to follow suit and even do more or better.

“We are here for the ordination  and to celebrate our collaboration and achievements together with the Catholic Church in Rwanda,” Ngirente stated.

On behalf of the government, the PM asked Antoine Cardinal Kambanda, the archbishop of Kigali to support the new Bishop so that he can fullfil his duties entrusted to him by Pope Francis.

Cardinal Kambanda who blessed the colorful ordination ceremony also used the opportunity to thank President Paul Kagame for his leadership and collaboration with the Church and tasked the new Bishop to double efforts and put the existing relationship to another level. 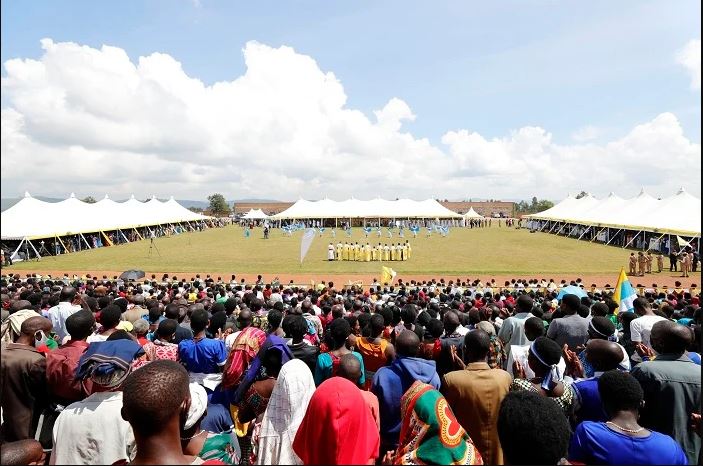 In his reception speech, Bishop Musengamana also told the crowds of Christians that he is ready to take up the leadership baton and committed to service above self for the Church and people of Rwanda.