DRC Conflict:  Is MONUSCO Complicit In Perversion Of The Truth? 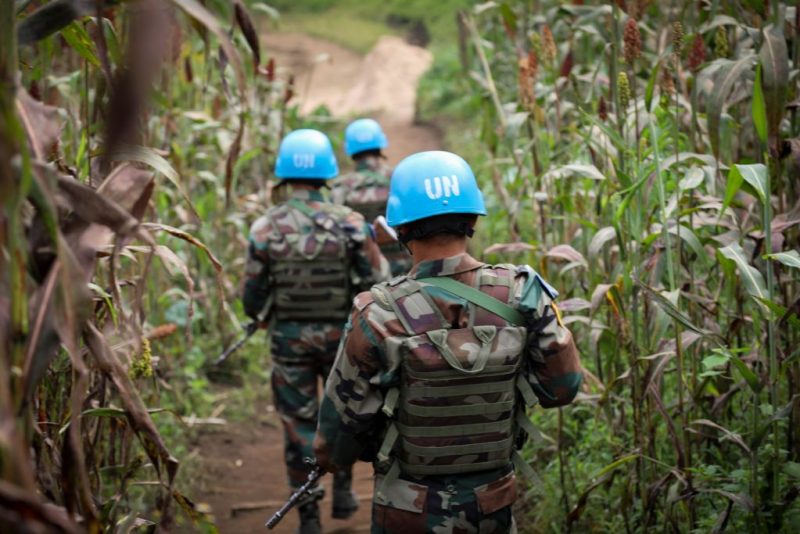 MONUSCO has watched, tight lipped, as the FDLR, became an integral part of FARDC

Nothing strikes fear into the faint hearts of many in the Congolese military, more than the mere thought of the M23 rebel group on the march. A time honoured distraction that has worked well in the past is to scream, as loudly as possible, that Rwanda is behind M23, for the world to come running, fingers pointed at Rwanda. As we witness a replay of this pantomime, how will it play out this time round?

A week or so ago, the Democratic Republic of Congo’s military, known as FARDC (Force amee de republique Democratique du Congo), shelled areas inside Rwanda, around Kinigi, in Musanze, destroying homes, property, and injuring several residents. They then grabbed two Rwandan soldiers who were on patrol near the border with DRC, took them to the DRC, and paraded them, claiming that as proof that the Rwandan army was fighting with the M23 rebels.

The Rwanda Defence Force (RDF), issued a terse seven line statement, which included the names and ranks of its kidnapped personnel, a private, and a corporal.

As it has for many years, FARDC was fighting with members of the self-styled Democratic Forces for the Liberation of Rwanda (FDLR) within its ranks. Designated a terrorist organisation, including by the UN, the FDLR was formed in the early 1990s, from the former Rwanda army, and the Interahamwe militias, which spearheaded the 1994 Rwanda genocide against Tutsi.

Rwanda’s policy towards the FDLR, has been to repatriate and rehabilitate them where possible. This policy has been extraordinarily successful, with thousands of former fighters, now settled in the homeland they once sought to destabilise.

Those of the FDLR who remain in the Democratic Republic of Congo (DRC), are a combination of the addicted to a life of brigandage, terrorising the local DRC population, the diehard genocide ideologues, and those growing fat on plunder of the abundant riches of the DRC, in partnership with Congolese authorities.

When in its statement, the RDF, pointedly says, “we call upon authorities of the Democratic Republic of Congo that work closely with these genocidal armed groups to secure the release of the RDF soldiers” it does so, partly, in exasperation with a neighbour who professes good, even fraternal relations, on the one hand, and on the other, line up with mass murderers of men, women and children, to commit what is in effect an act of war, against their supposed brother nation.

In response to the provocation, Rwanda referred the incident to the Expanded Joint Verification Mechanism (EJVM), the agreed regional channel for resolution of such issues, to investigate and adjudicate accordingly.

The cross border shelling is unlikely to have been a random act. It is more likely to have been a calculated attempt to get the support against the M23 rebels, from what is termed the international community, and which really means the Western powers, by claiming that Rwanda is behind the resurgence in the fighting.

It is a ruse with which Rwanda is familiar.

Ironically, the FARDC attack coincides with a just complicated African Union summit of heads of state, in Equatorial Guinea, where among the issues addressed, were terrorism, governance, and how Africa might best prevent and resolve conflicts.

Addressing his DRC counterpart in particular, the Rwanda minister of foreign affairs, Dr Vincent Biruta, told the summit, that “Rwanda appeals to the DRC to observe good neighbourliness, own up to her problems, and avoid apportioning blame where none exists…”

He stressed to the summit, that M23 was a Congolese internal issue, in which Rwanda has no involvement. He called on the DRC to resolve the conflict, through the recently convened regional meeting in the Kenyan capital of Nairobi.

“I wish to emphasize again that M23 is a Congolese internal problem, which should be resolved by the framework of the recent Nairobi summit…There are several initiatives in place to address the existing problems, but without the political will, we will remain in a vicious cycle of undesirable destructive conflicts…”

He added that while like any other country, which found itself under such unprovoked attack, Rwanda reserved the right to respond accordingly, the country nevertheless remained committed to resolving these issues diplomatically, and through the appropriate regional mechanisms.

“Let me reiterate this to my Congolese brother, it is true that I indicated to him, that Rwanda has a right to respond. Our President, His Excellency Paul Kagame, pointed this out clearly to his Congolese counterpart. Whether now, or in the future, Rwanda, like any other country in a similar situation, would have a right to respond to such provocation…”

The minister however, concluded his address, by emphasising “Rwanda’s commitment to the established regional initiatives, including the Expanded Joint Verification Mechanism of the ICGLR (International Conference on the Great Lakes region) and the Nairobi process, under the East African Community.”

The elephant in the middle of the Malabo summit hall, is the international community, which, when it comes to the conflict in the DRC, is arguably proving itself more part of the problem, than part of the solution.

The United Nations Stabilisation Mission in the Democratic Republic of Congo (MONUSCO) has been in the country for the best part of twenty years, at a cost of over a billion dollars, a year.

With almost 19,000 troops, and well equipped enough to be the envy of any army, MONUSCO has watched, tight lipped, as the FDLR, became an integral part of FARDC.

“Over the years” Dr Biruta warned, “they have sanitised this genocidal armed group, to the extent that the FDLR, are currently co-located, and fighting alongside FARDC.” When the monster born of the unholy alliance began shelling Rwanda, MONUSCO watched, and said nothing.

Instead, what we do have, is exactly what the FDLR, and their FARDC allies intended.

Many in the media, who did not consider the act that by any description, constituted an act of war, news, are now authoritatively parroting FDLR/FARDC claims of Rwanda support of M23, with only the parroted echo as the evidence.

Many of these news organisations have reported on the DRC conflict for decades, and still remain untroubled by echoing claims for which, after all these years, they can produce no evidence.

Where media goes, there go politicians, seeking to make a name for themselves. Predictably, some Senators on the American Senate Foreign Relations Committee could not pass up the opportunity to justify their existence.

“Alarmed by reports that Rwanda is again supporting M23 rebels fomenting violence, attacking DRC troops, UN peace keepers, and civilians, we must investigate and sanction those responsible” the committee tweeted. Never mind that none of those claims have any basis in fact.

The silence from MONUSCO is not a sign of neutrality, it is in effect tacit support of the actions of FDLR/FARDC. The silence renders MONUSCO effectively complicit, in the FDLR/FARDC misinformation and pervasion of the truth. The UN is perfectly aware that unlike the other over 200 rebel groups in the DRC, M23 has never targeted civilians, or indeed the UN.

It would be bad enough that after twenty years, over 18,000 troops, $20 billion and counting, MONUSCO has little to show, in improved security situation in the DRC, but a silence that supports incendiary claims, makes the question of its usefulness, an urgent one.

EdTech Monday to Focus on Refugees’ Education in Rwanda