The European Union has committed a grant worth £260Million to support the country’s education sector, green environment actions, clime change actions, and political and economic governance sectors for the period of four years.

According to the Ministry of Finance and Economic Planning (MINECOFIN), the fund will be invested in several sectors including improving Early Child Development programs (ECD), skills empowerment for youth, Urbanization and settlement programs, controlling floods, and improving law enforcement institutions in the country.

The development was announced today, during the Ministry of Finance and Economic Planning and European Union (EU) meeting at the MINECOFIN headquarters in Kigali city.

The MIP seeks to ensure that the mutual interests of the EU and Rwanda are advanced for a period of six years. However, the grant worth £260Million will support the projects for four years, running from 2021-to 2024.

According to the MIP, despite Rwanda’s small size, the country has the potential to become a regional hub for EU companies, portraying itself as an attractive business destination, which offers a zero-tolerance policy on corruption, high levels of security, and relatively good infrastructure.

“Trade and investment opportunities for the European private sector should be enhanced through proposed initiatives to improve the business environment and economic governance, including through support on investment promotion in the pharmaceutical sector, as well as through building Rwanda’s human capital via significant support to the education sector, reflecting EU’s ambition to maintain a leading role on education financing,” part of the MIP document reads.

The MIP document further reads that the ‘Green Deal’ program should ensure Rwanda’s development continues along a sustainable trajectory, underpinning the country’s commitment to the climate and environmental agendas, aligned with the EU’s.

“EU support to key areas such as human capital development, green economy through agriculture transformation, private sector development is a sign of strengthened collaboration, partnership, and enhanced ownership to deliver the transformational change we both desire,” Dr. Uzziel Ndagijimana, Minister of MINECOFIN said. 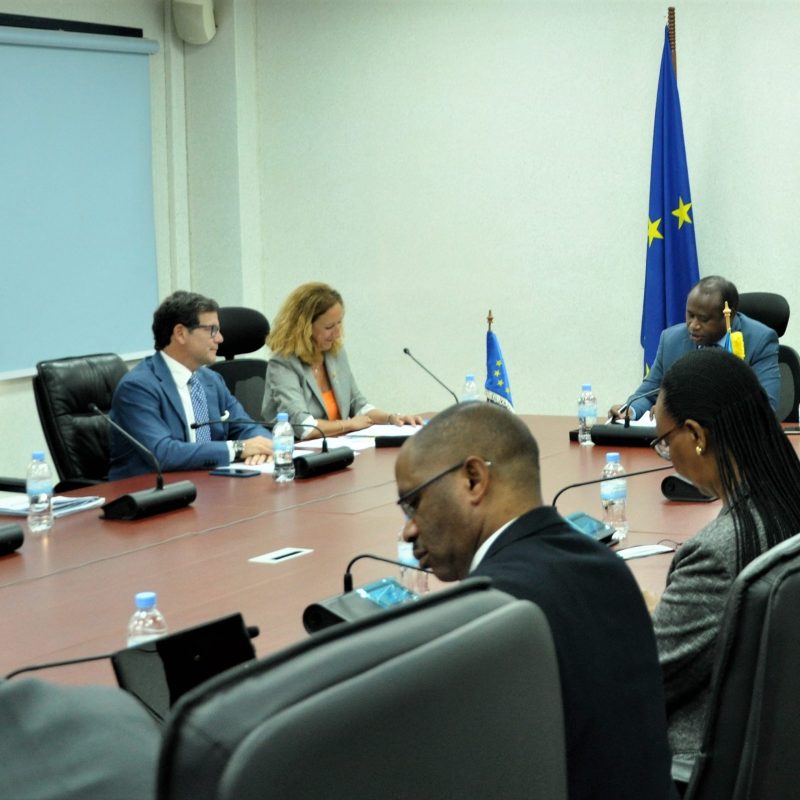 According to Myriam Ferran, Deputy Director-General of the European Commission, the support to the sector of political governance will seek to consolidate rule of law and ensure Rwanda’s continued role as a peaceful and stable partner in the Great Lakes region.

“The European Union has a longstanding partnership with Rwanda and we are proud to be one of the key partners in the country’s path to sustainable development. With this strategy we renew the EU’s commitment to supporting pro-poor, sustainable, and inclusive economic growth,” Ferran said.

“It will focus on skills development, as a pre-requisite to attract investment and spur growth, green deal for agriculture transformation, good governance, and private sector development, including developing the pharmaceutical sector as an emerging high political priority,” she added.