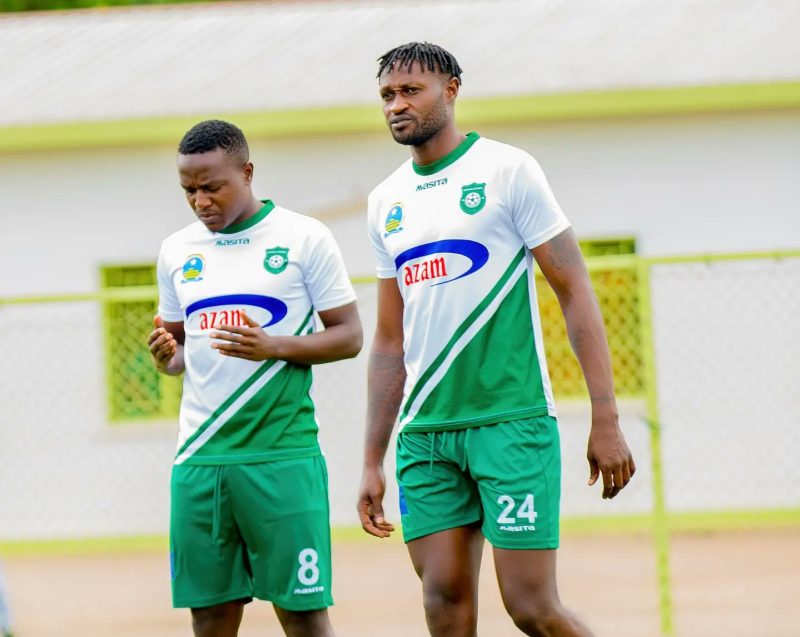 Wasteful Kiyovu saw their title hopes dealt a blow after they were held to goalless draw by Bugesera on Sunday.

Francis Haringingo’s men, who went into the game knowing they must win if they are to challenge APR for the league, dominated the passion but they ended up sharing the points.

Their first chance came in the 27th minute when Bienvenue Mugenzi was played through but his long-range shot went over the bar. Bienvenue will probably blame himself for not earning his side’s three important points as his squandered three more chances.

Kiyovu were reduced to ten men in 84th minute when Dusingizimana Gilbert was sent off.

Meanwhile, APR beat Espoir FC 3-2 in Rusizi to take a grip of the league title.Djuma’s goal in the 11th minute and a second-half brace from Nshuti earned APR’s three important points while Thaïba’s brace was not enough for the hosts.

The results mean APR top the league, three points ahead of second-placed Kiyovu with four rounds of games to go.

The Green and Whites, who were hoping to win their first league title in almost 30 years,will now do all the chasing with the most pivotal moment coming on Saturday when APR host Kiyovu at Kigali Stadium.

Even if they beat league leaders APR, Kiyovu could still play second fiddle to APR going into the final two games of the season.

APR also league on goal-deference which could decide both teams finish the league level on points.

But Haringingo believes the title race is still on.

“We could not convert the chances we created. Sometimes it doesn’t work out even if you try. Luck was not on our side today.”

We are still in the title race. Our target now is to win the game against APR and keep fighting in the remaining games.”

If they drop points on Saturday, it will likely spell the end of their title push.

Canisius Nshimiyimana was in the dugout as an interim coach for Mukura who recently parted ways with Spanish Tony Hernandez. Their game against AS Kigali also ended in a 2-2 draw.

A relegation battle between Gorilla and Rutsiro ended in a goalless draw.