As this year’s National Security Symposium (NSS) is declared closed, after three days of in depth discussions, on present and future challenges to national, regional, and global security, it is difficult not to be led to the conclusion, that its theme, as indeed the very existence of the event itself, is a challenge to Africa, to take up its rightful place, in an ever changing world.

The symposium is an annual event whose theme of “Contemporary Security Challenges: The African Perspective” is rolled forward each year.

Always timely, the theme could not be more apt this year in particular, when barely a week goes by, without a demand from the Western world, that Africa declare a position on Russia’s war on Ukraine.

As an event that seeks to examine, and understand not only national, but regional, continental and global security challenges, from an African perspective, the symposium is the only one of its kind.

Organised by the ministry of defence, through the Rwanda Defence Force Command and Staff College (RDFCSC), in collaboration with the Rwanda University, the symposium is also intended to give the college’s students an understanding of the world in which they will be expected to serve, in various capacities. 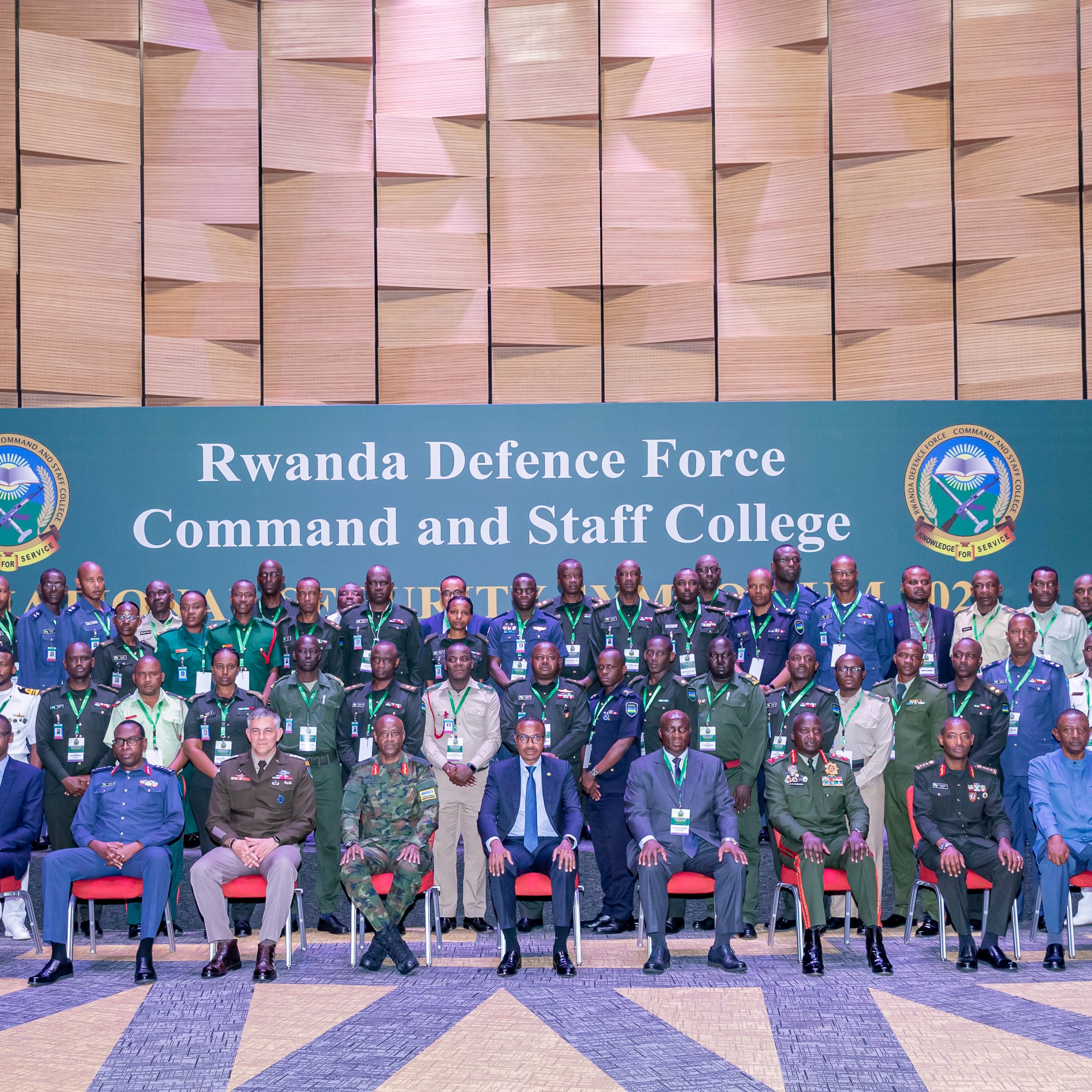 As he delivered his remarks to close the symposium, minister of defence, Major-General Albert Murasira, emphasised its importance to the students in particular.

His conviction was vindicated by Lieutenant-Colonel George Nyalungwe, from Malawi, who has been at the staff college for a year. He found the symposium an eye opener, as has been his time in Rwanda.

“The symposium makes you think differently, and having it in Rwanda is fitting. As soon as you land at the airport, the organisation, the order, you notice that things are really working here. I have been around the country, Huye, Kirehe, Nyanza, and it is difficult to believe that this country has suffered the history that it has.”

“The way the different agencies work together, linked, how the military work with the civilian sector…and the leadership, it is blessed” he enthused.

Referring to the different participants from the different disciplines, Major-General Murasira, welcomed the challenge and different viewpoints bring to policy makers.

“It also produced in important strategic context for those of us who are involved in developing long term plans, policies and capabilities. May I hasten to add that without a fair and honest strategic context, there is a risk that planners, policy makers and capability developers will likely assume a future that supports their assumptions and biases. Thank you for the wakeup call.”

Perhaps appropriately, given who the host is, the last session was, The Role of the African Security Forces in National Development and Societal Transformation.

The last thought goes to the symposium’s host, the minister of defence. 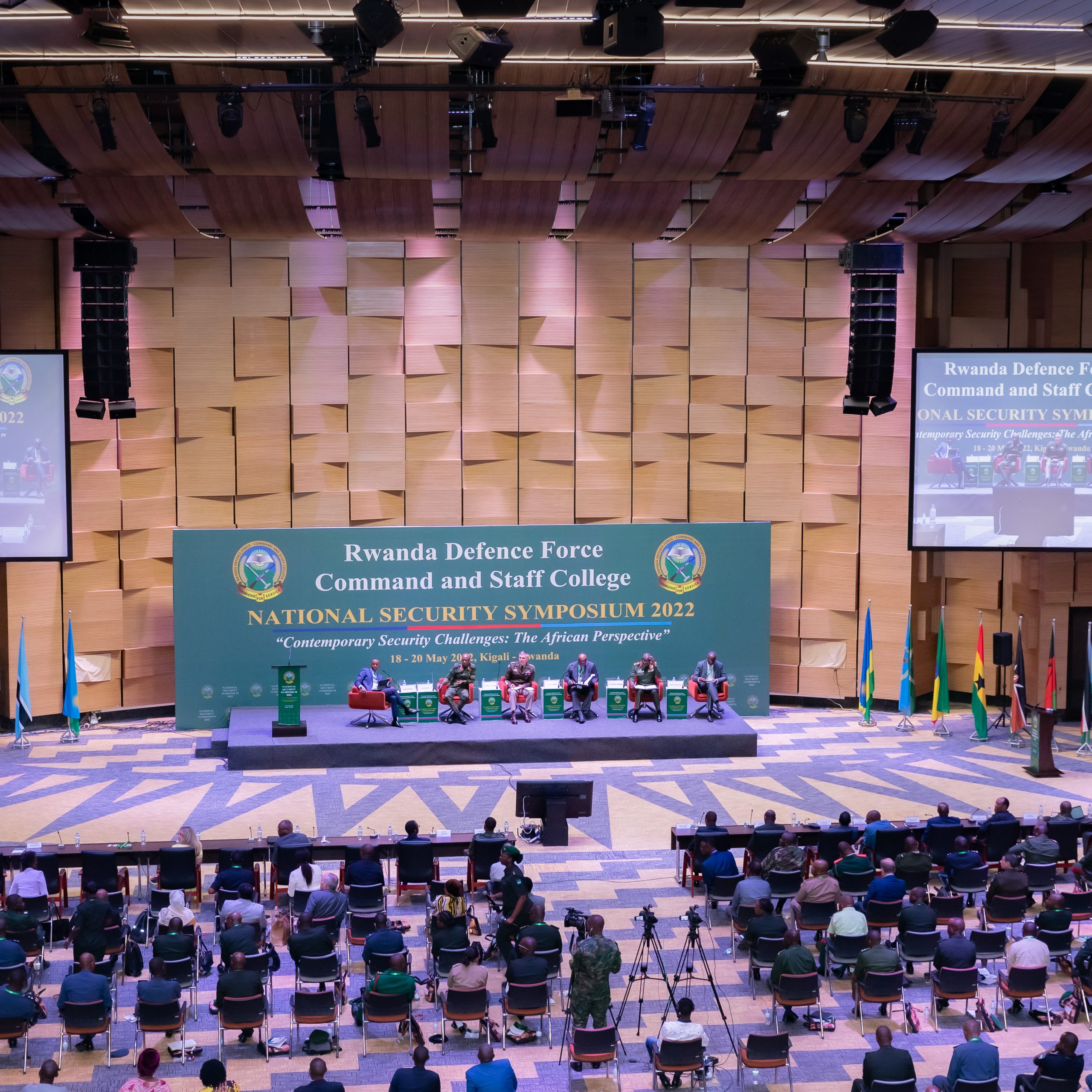 “The National Security Symposium reflects the civil military collaboration in finding solutions to contemporary security challenges. This is exemplified how the University of Rwanda the Rwanda Defence Command and Staff College. The strong link between various civilian stakeholders and the military in achieving sustainable national security.”

“The diversity of our panellists…as well as the students and staff at the college, reflects the international understanding of security challenges, and the need to find common solutions…We hope that recommendations derived from these deliberations, shall be transformed from theory to practice. This is always the biggest challenge.”