The Paris Criminal court is hearing on day 11 the genocide case involving prosecution and former prefet of Gikongoro Prefecture during the 1994 Genocide against Tutsi.

Nearly a dozen of witnesses from the side of prosecution were heard, and the list is long in the trial that may last up to two months.

On day 11, a witness who is giving his testimony from Kigali virtually, is 72 years old, more or less, the same age as Bucyibaruta.

A hutu, the witness owned a small shop from his Murambi home in Nyamagabe district, adjacent to the technical school ETO Murambi. The later, was at finishing phase during the Genocide.

The witness first gave a list of people in the clique of Bucyibaruta and those include the then deputy commander of Gendarmerie in Gikongoro Captain Faustin Sebuhura, the head of Interahamwa militia in the prefecture Froduard Havugimana a.k.a Havuga who was once sous prefet in Bugarama/Cyangugu.

There was also one Karangwa who was president of  Nyamagabe primary court, in that time – Canton  Nyamagabe and Colonel Simba Aloys who was native of this prefecture.

On April 7, the witness who has got every single detail in the killings in Murambi narrates that, the Tutsi fled kilings from Mudasomwa commune which was adjacent to Nyamagabe.

In Mudasomwa, extremist hutu started to kill tutsi, and when the rest of the community organised to stop it, the gendarmerie commander told them “leave alone our men.”

They fled to Gikongoro Diocese expecting safety and from there,  Prefet Bucyibaruta advised that they should go to Murambi school “where they could be protected.”

The witness who was at his shop in Murambi said they paraded them, with two gendarmes in front, and two after the queue.

Acouple of days before the massacre of  Tutsi, Bucyibaruta was at Murambi for a meeting which the witness attended because, “none would afford to miss the meeting of the Prefet.”

The prefet heard the issues of the Tutsi who were already a huge crowd. They told him that water was cut, there was no food and he promised to solve them, and to assure their security.

After promising the Tutsi some food, Bucyibaruta might have sent a pick up with barely 10 bags of rice, but once it arrived at Murambi, Interahamwe leader took them and said it was a reward for his people.

He kept them in a water kiosk.

The witness is the only one who could tell specifically how the water was cut.

“I was coming from town when I saw many people at the pipe which supplies water. People who cut the pipe were still wet because the water hit them with its huge density,” he said.

He named the people who were involved in the cutting of the pipe as being the leader of Interahamwe Havuga, the judge president Karangwa, one Munyemana, Frederic and David Havugimana.

Bucyibaruta he said, prevented the Tutsi from fleeing and said he would protect them despite massacres that were heard in other areas like Kibeho and Kaduha.  Bucyibaruta would tell them that the killing stories in other areas were but rumours.

According to the witness, the Tutsi in Murambi somehow thought Bucyiburata would not betray them.

“Bucyibaruta’s wife was Tutsi- and then they used to think that with the prefet being there, none could afford to touch them because the wife would be pleading for them,” the witness said.

“He had allowed them to flee to Murambi with their cows and they thought he was compassionate.”

However, the witness who could see what was happening at Murambi, was also able to see what was trending elsewhere.

In Kabeza, a neighbourhood near Murambi was a roadblock that was arresting every Tutsi who would manage to escape Murambi concentration camp, which was not fenced.

“One Havuga, the interahamwe leader and David were running this roadblock. I remember once the interahamwe killing a father and then raping her daughter whom they were together. After raping her, they also killed her,” he said.

“I also recall a case of a white woman her name Madeleine. She had managed to hide a couple of Tutsi, but when she passed at the roadblock trying to help them escape, they killed the tutsi.”

At this roadblock, the witness said there was a huge pit where they dumped bodies.

On that day, Interahamwe killed the Tutsi, and when they tried to defend themselves, gendermes were sent to the site and shoot them terribly.

The witness recall that they were watching, other Hutus from several hills also watching, some of whom not believing their eyes.

“Interahamwe started and when they got tired, the interahamwe leader warned and said: Stop first, hold on we are going to raise the issue with Prefet(Bucyibaruta). After a short while, a truck of soldiers was brought to the site. They shoot and it was an apocalypse,” he said.

After killings, a truck of Minitrap-the then ministry of infrastructure started carrying bodies. It did eight rounds and would dump the bodies to a pit that was being made by an excavator. 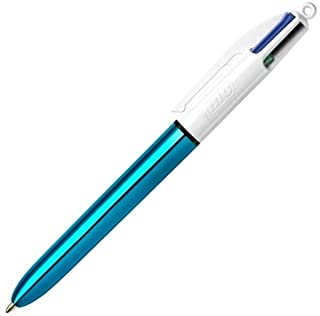 “Bucyibaruta was there. I saw him with my own eyes,” the witness said.

On second day, the bodies were already smelling, and they brought the inmates from Gikongoro to assist in burying as more trucks were also added to bring the Tutsi that were killed from gendarmerie.

Bucyibaruta, in today’s hearing was in Khaki shirt, a black pair of trousers and black shoes. He would take an attitude of someone who can’t believe his ears.

In his seat, he could sometimes grab his quadrichromy pen to write in his book.