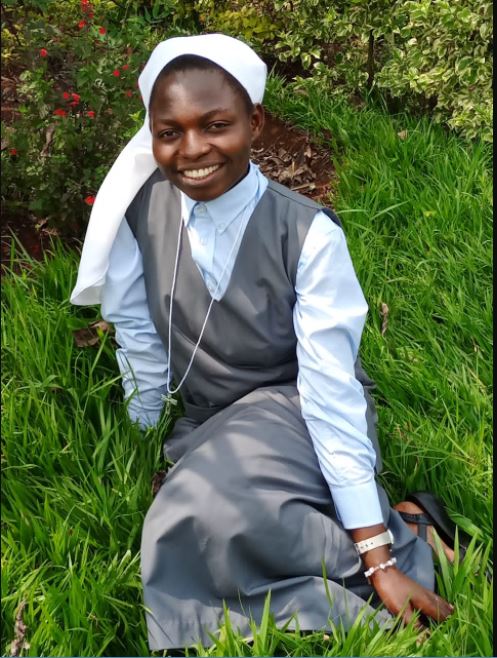 Nuns from a congregation in Zaza Parish, Eastern Province on Sunday woke up to a shock when they found their colleague Furaha Florence Drava was no where to be seen.

Furaha 25, who was still an aspirant joined this congregation recently from the Democratic Republic of Congo.

Her fellow Sister Beata Mushimiyimana who reported the case to security organs said that Furaha could not be found in the nunnery by Sunday May, 8 since 8AM and the search started.

The Rwanda Police in Eastern Province has already released preliminary results of the investigation into her whereabouts, according to which she bid her colleagues farewell and claimed, she would be well.

“We have confirmed that Furaha had been secretly looking for a someone to shelter  her outside the nunnery because she was forced into the congregation, yet she did not wanted it; she preferred to be a normal lady, not a nun,” said Police spokesperson in Eastern Province  SP Hamdun Twizeyimana.

SP Twizeyimana further said, that police found a letter which Furaha wrote to her sisters before leaving, assuring them not to worry if they didn’t find her, because she “was going to a safe place and would be in good hands.”

Meanwhile, Mushimiyimana told security organs they wanted to find Furaha and return her to her parents who had entrusted them their daughter.

CHOGM 2022: Rwanda Working Round the Clock to Maintain Readiness