In a land far, far away, or approximately, 4000 miles from Rwanda, as the crow flies, probably, an extra terrestrial humanlike being, from the planet Gallifrey, who chose Rwanda, as his earthly native land, is to be reincarnated as the new Time Lord, commonly known as Dr Who, or The Doctor.

Until he regenerates once again, The Doctor will bear the appearance of the earthly being known as Nshuti Gatwa, spelt Ncuti, who from his native Rwanda, now resides in his adopted home of Scotland, in the United Kingdom of Great Britain.

Dr Who you say? Yes, exactly, Dr Who. An enduring science fiction series, which since its creation by the late Sydney Newman, in 1963, has captured the imagination of an entire country, at once fascinating and terrifying the living daylights out of generations of children, and delighting the adults.

At this juncture you might be forgiven for thinking this to be just another television entertainment series. Such a thought would earn you the derision of all self respecting Whovians, as loyal fans of the series are sometimes known. 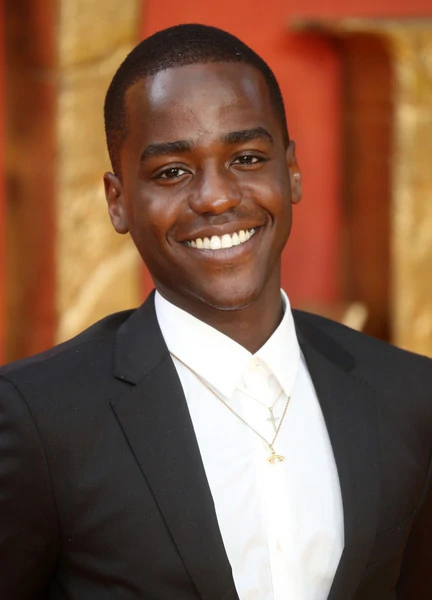 If they condescended to do so, they would then proceed to explain to you, that it is not just any entertainment series. It is Dr Who. From the very beginning, any actor taking on the role of The Doctor, would, for better or for worse, become a household name.

Until he or she is unveiled, the speculation at the beginning of each series, as to who will take on the part, is headline news for weeks on end.

Dr Who, has become an important part of British popular culture. The actors who play in it, have almost always grown up watching it. Once the new Doctor is an announced, he or she has to carry the expectations of the highly knowledgeable fans, both in Britain, and beyond, for whom the show is cult viewing.

The excitement about the appointment of a new Dr Who, has often been compared to that of the appointment of the England football manager, or the new James Bond. The announcement is an event in itself. And so it has been with Nshuti Gatwa, who identifies himself as a Rwandan-Scottish actor.

The 29 year old actor, who gained global note playing one of the leading characters, in the Netflix drama, Sex Education, will be the first black actor to take on the role. He replaces Jodie Whittaker, the first woman to play Dr Who.

The selection of Gatwa, has been universally welcomed, except for a few, who have decried having a black actor in the role, perhaps in the belief that all the inhabitants of Gallifrey, are of European descent. He may never win over those for whom no black actor, would ever be quite right, but in the judgement of most critics, like his predecessors, Gatwa, is a fine actor, who is expected to make the part his own.

The man himself is in his own words, “beyond happy…it feels amazing” he said, of getting the part, “this role is an institution and it’s so iconic and means so much to so many people, including myself…I am very grateful to have the baton handed over and I am going to try and do my best…”

The very first glimpse the audience is likely to see of the new Doctor, is him, but as someone else, the previous Doctor to be precise, who in this case will be a white woman, reincarnating into a black man. If that makes sense to you, then you are obviously a Whovian. For the few earthlings who might not be, an explanation is needed.

The doctor is a time travelling Time Lord, who is centuries old. Although an extra terrestrial, he or she is by appearance, human. They do however, have two hearts, to earthlings’ one. Their bodies can nevertheless susceptible to the ravages of time. When becomes too great, the Doctor reincarnate into a different body.

A different body, not another body, the Doctor is not a body snatcher. On the contrary, he/she is a benign being. The Doctor remains the same person, always, but changes in appearance. And so, the first those watching are like to see, is the previous Doctor, Jodie Whittaker, transferring, and renewing him/herself, into the new vessel, Nshuti Gatwa.

With that done, the adventures will continue. These entail galaxy hopping, through time, usually to help the inhabitants of these galaxies, fight some evil or other.

If you are imagining some version of a Marvel superhero, you are wide of the mark. Where every fantasy drama now, relies on computer generated images (CGI), Dr Who, has kept its innocence of yesteryear. The Doctor travels in a Tardis, which as any Whovian will tell you, stands for, Time and Relative Dimensions in Space.

On the outside, this time machine looks exactly like a British Police box, of days gone by. These are no longer in use now, but in the 1960s, when the only telephones available were fixed house telephones, police boxes were strategically placed at various vantage points, for the police to communicate with their stations, and the for the public, who might need to call the police. Thanks to this unobtrusive appearance, the Tardis, can land anywhere, without causing any alarm, or attracting undue attention to itself.

Step inside however, and the Tardis is a living marvel. Its small external dimensions, belie apparently endless space inside. But you will see no robotics, end of time weaponry, or exoskeleton suits. The Doctor manages to save worlds, with the aid of little more than a superior intellect, and a favourite ‘sonic’ screwdriver.

When, after many seasons, battling all manner of villainy across galaxies, the adventures begin to take a toll on the new Doctor’s body, he will regenerate into a new external form. By then, Nshuti Gatwa, will have earned a special place in British popular culture. So, far, the only ambition he has expressed with the inevitability of his growing fame, is to “buy my mum a house, and build a school in Rwanda.” Ambitions worthy of any benign being.