The Secretary General of The Commonwealth, Patricia Scotland, says Rwandan women have played an integral part in the recovery and transformation of the country, making Rwanda an example of what countries in the body can do to put women at the forefront of socio-economic development and to fully involve them in decision making.

The two-day meeting, which was officially opened by the First Lady, Mrs. Jeannette Kagame, under the theme “Delivering a Common Future: Transforming for Gender Equality” is aimed at finding better ways of involving women and girls in leadership and in the development process.

In her remarks, Scotland said that a lot more needs to be done to ensure that women and girls are not left behind, citing Rwanda as an example of a country that has deliberately taken action to bring women on board, something which other countries should emulate.

“I know we will have an empowering and fruitful discussion and there can be no better host than Rwanda with her amazing achievement as a champion of gender equality and women’s empowerment,”

“Women have been integral to the recovery and transformation of this nation in its journey from devastation to a powerhouse of development and progress. I recognized for Rwanda’s leadership in building, strong policy and legal frameworks,”

“I salute her [Rwanda’s] achievements in ensuring women and girls are central to the development of the nation but it’s a sad reality that this level of political will and commitment to bring about achievements remains the exception and not the rule,” Scotland said.

In line with this year’s theme which is delivering a common future; transforming for gender equality,” Scotland said that countries can now see more clearly than before that what they have in common is more important than that which divides them.

Scotland said the Commonwealth is working together through the exchange of knowledge and information, to transform the lives of millions of people -women and girls, men and boys, in their families and communities.

“When I became Secretary General in 2016, I pledged that we would put the wealth back into the common but now I know we were determined to put the common back into wealth and that common demands that women should be at the table,” 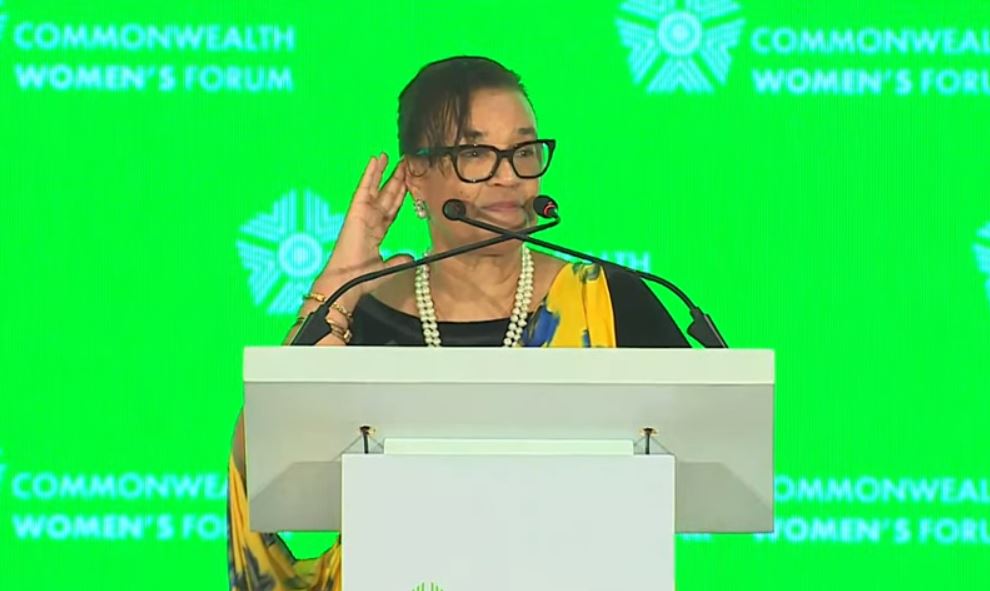 “Gender empowerment and inclusiveness are central to that mission. I am so proud of what we have achieved together,” she said, adding that gender equality is at the very heart of the Commonwealth’s collective goals of social, and economic development.

Other areas of action include democracy and peace building as well as the critical efforts to combat climate change.

To achieve that, Scotland said nations must collaborate with respect and understanding, support and express love for one another in order for the efforts to transform the future of the girls and women across in 54 Nations to pay off.

“This women’s forum and this CHOGM is our opportunity to build on our Commonwealth advantage are similar systems of democratic governance of common law of shared, language of compatible institutions, to drive progress for which we all hunger and thirst.

“Our ability to bring together leaders and ministers, civil society and changemakers is unique. As we meet in Kigali, we must be honest about the challenges we face and we must be confident in our ability to seize the moment and build something better,” she added.

In her remarks, the First Lady, Mrs. Kagame said that the world today is faced with a multitude of crises, which only serve to further widen the gender gap and deepen the economic divide, adding on the challenges women and girls were already facing.

She added that the situation has already been exacerbated by the effects of the COVID-19 pandemic and the Russia-Ukraine war, which among other things has increased inflation, disrupted trade and led to an increase in the cost of debt, among others.

“The Women’s Forum is happening at the crossroads of critical economic and social change, where the young woman, particularly in tech and innovation, may just be that gamechanger that is needed, provided that the nurturing environment, resources and support is available,” Mrs. Kagame said.

It brings together leaders from all domains, including civil society, youth, activists, academics, influencers, policy experts, philanthropists, the corporate sector, and experts from all industries in the Commonwealth and beyond.

The forum featured different sessions, including “Women in Leadership: Beyond Numbers” which focused on women playing a meaningful role in leadership and ensuring high levels of women’s representation in decision making, among other areas.

Other speakers included British MP Harriet Baldwin, who is also the Global Co-Chair of the International Parliamentary Network for Education and Dr Margee Ensign, President of the American University of Nigeria as well as Shandana Gulzar Khan, Member of the National Assembly of Pakistan and Chairperson of the Commonwealth Women Parliamentarians. 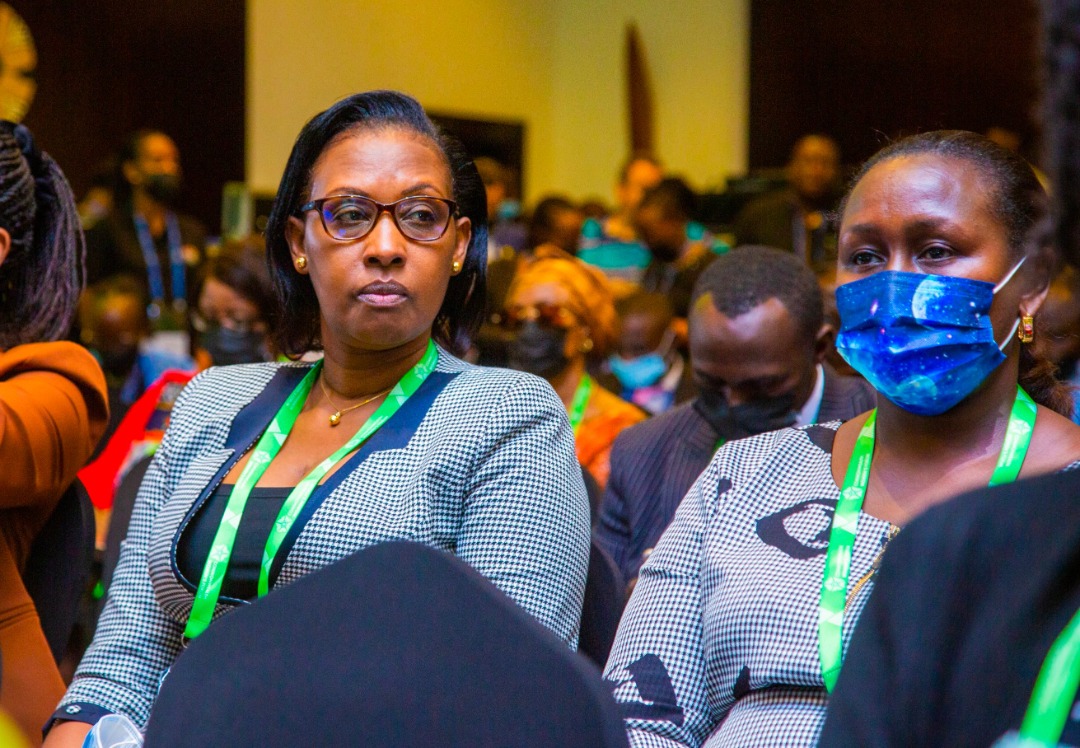 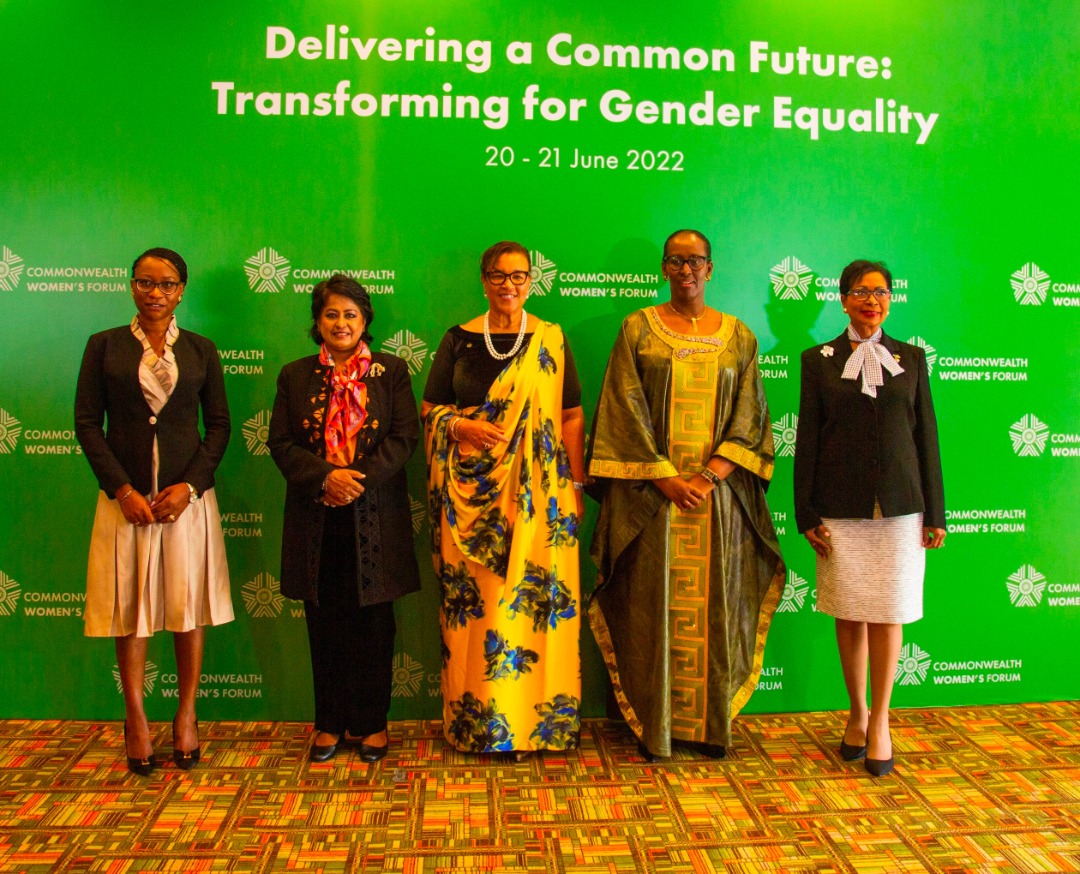