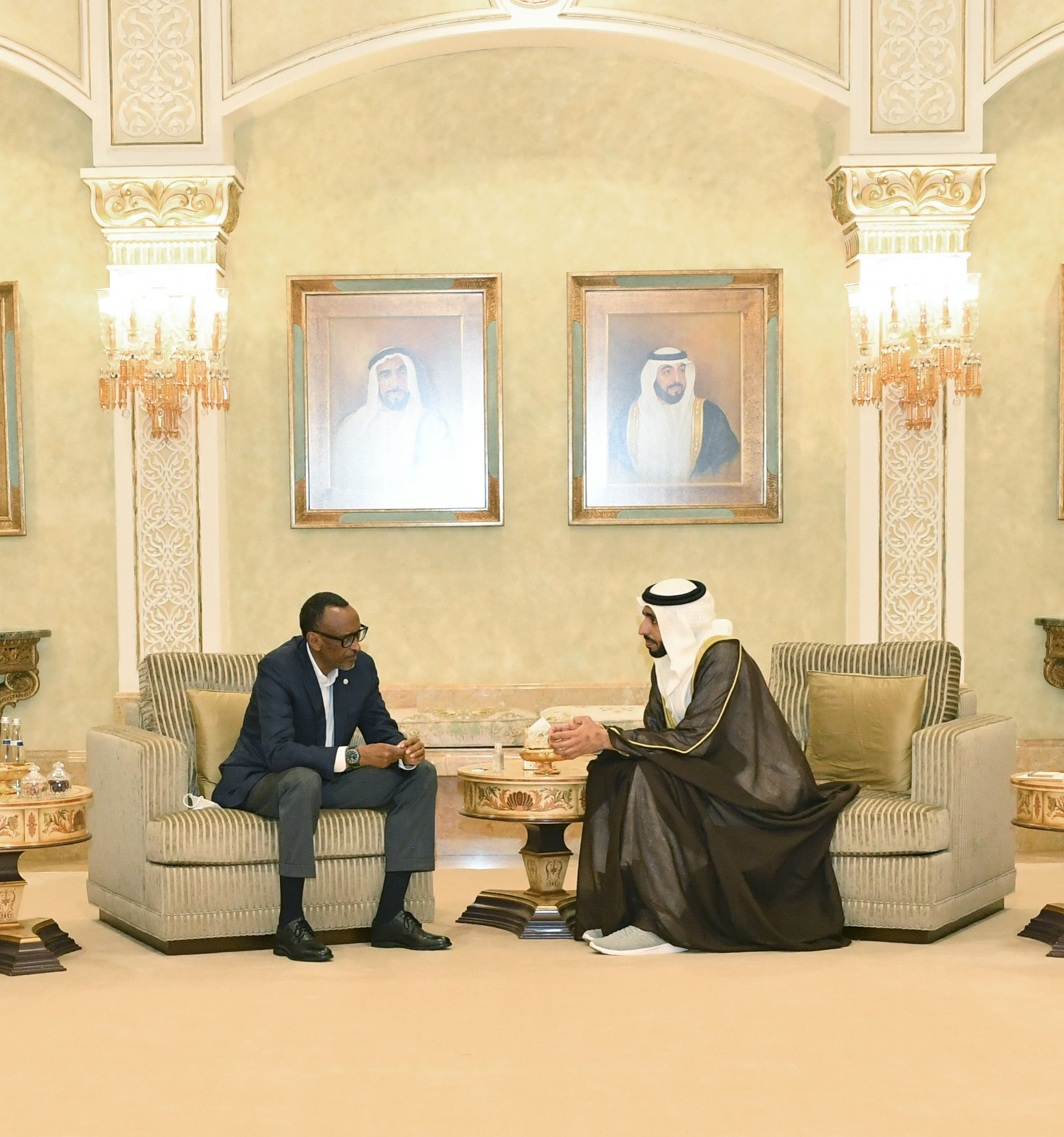 According to the Office of the President, while in UAE, President Kagame met and held talks with the ruler of Abu Dhabi, His Highness Sheikh Mohamed bin Zayed bin Sultan Al Nahyan GCMG as he delivered his commiserations.

Upon arrival , the Head of State was received by Sheikh Shakhboot bin Nahyan Al Nahyan, the UAE Minister of State of Foreign Affairs and International Cooperation and Rwanda’s Ambassador to UAE, Emmanuel Hategeka.

HH Sheikh Khalifa passed on May 13, 2022 and the UAE declared 40 days of mourning with flags at half-mast. President Kagame first extended his condolences to the UAE through Minister Sheikh Shakhboot Bin Nahyan Al Nahyan, at the World Economic Forum (WEF) in May, in Davos, Switzerland. 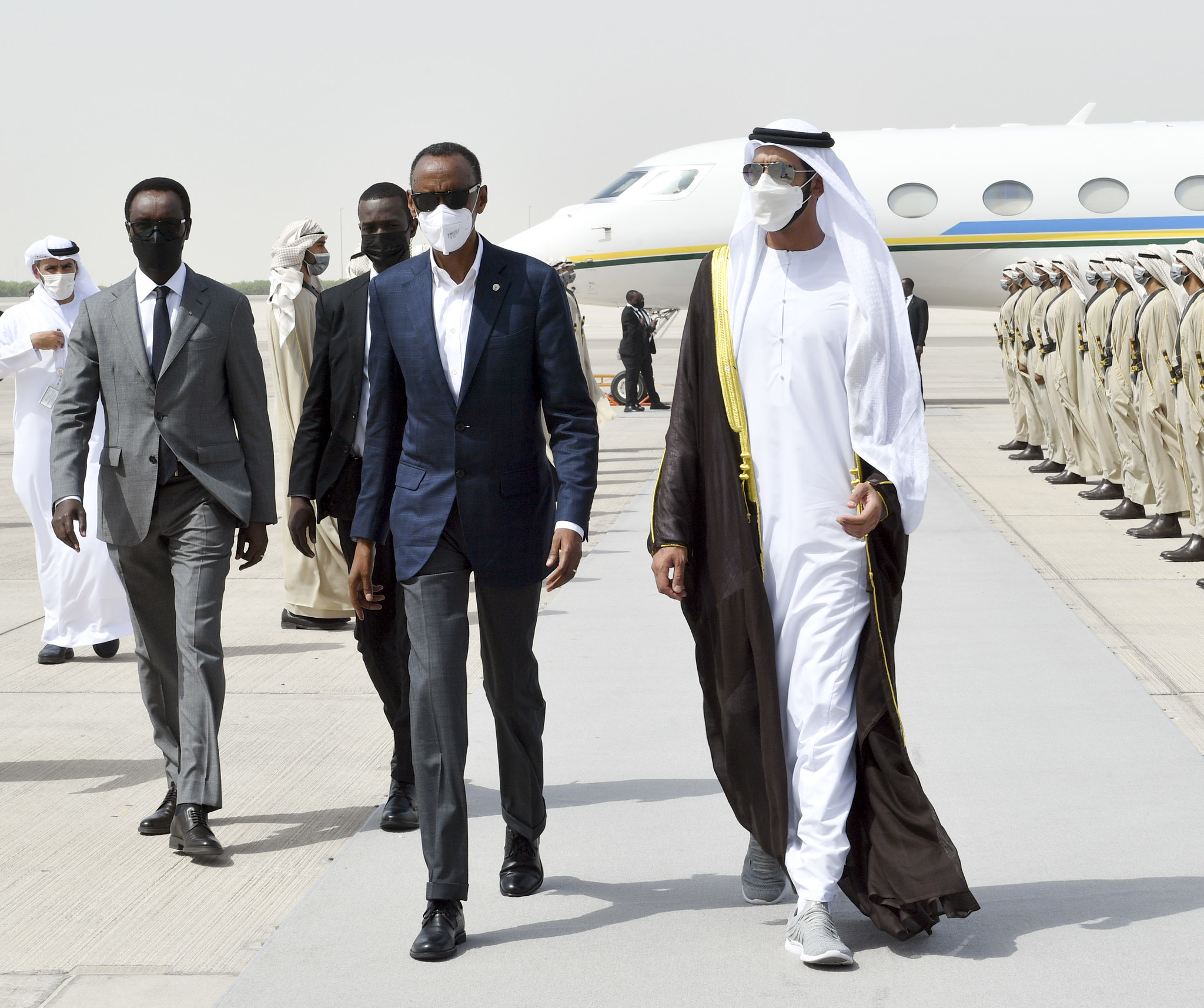 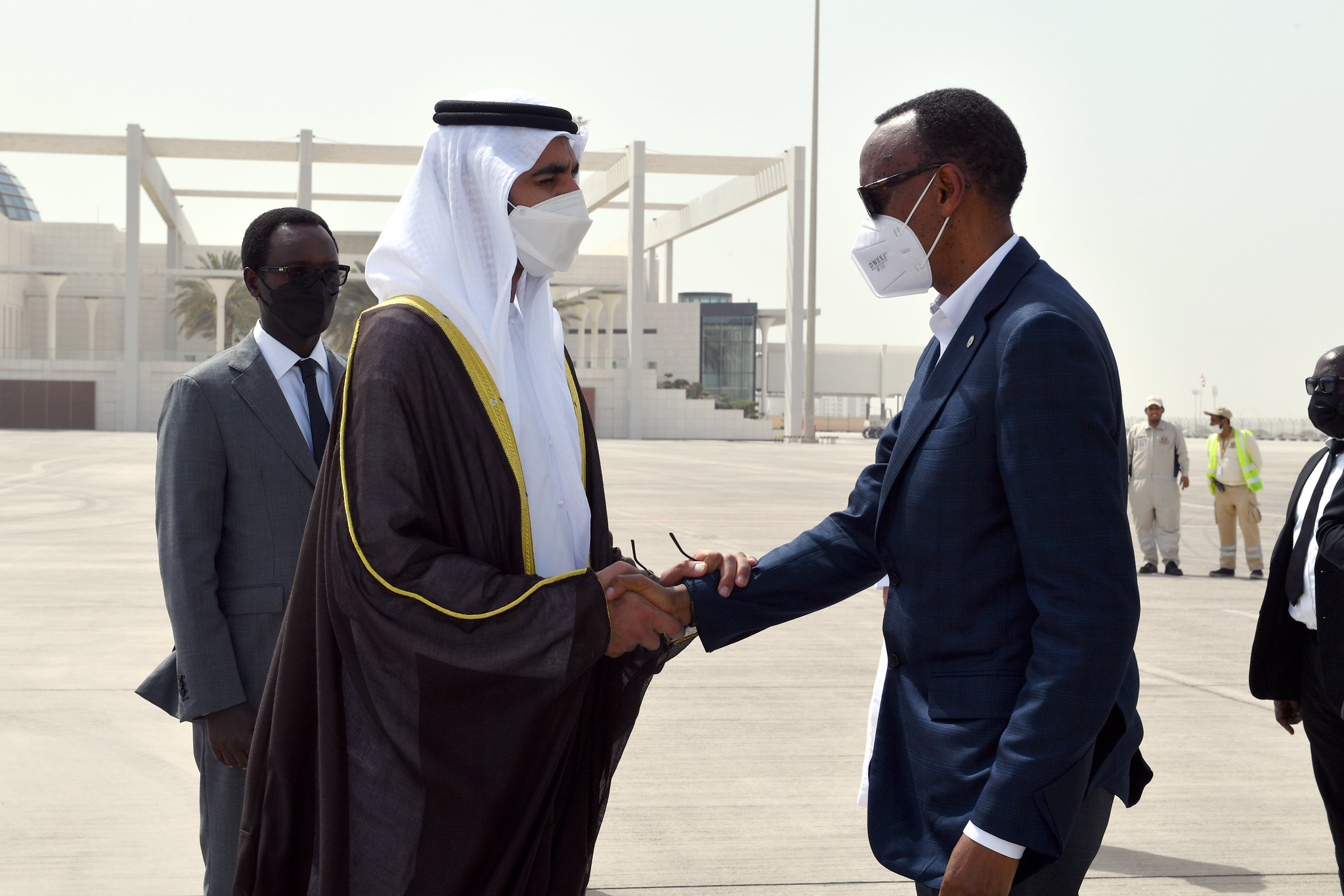 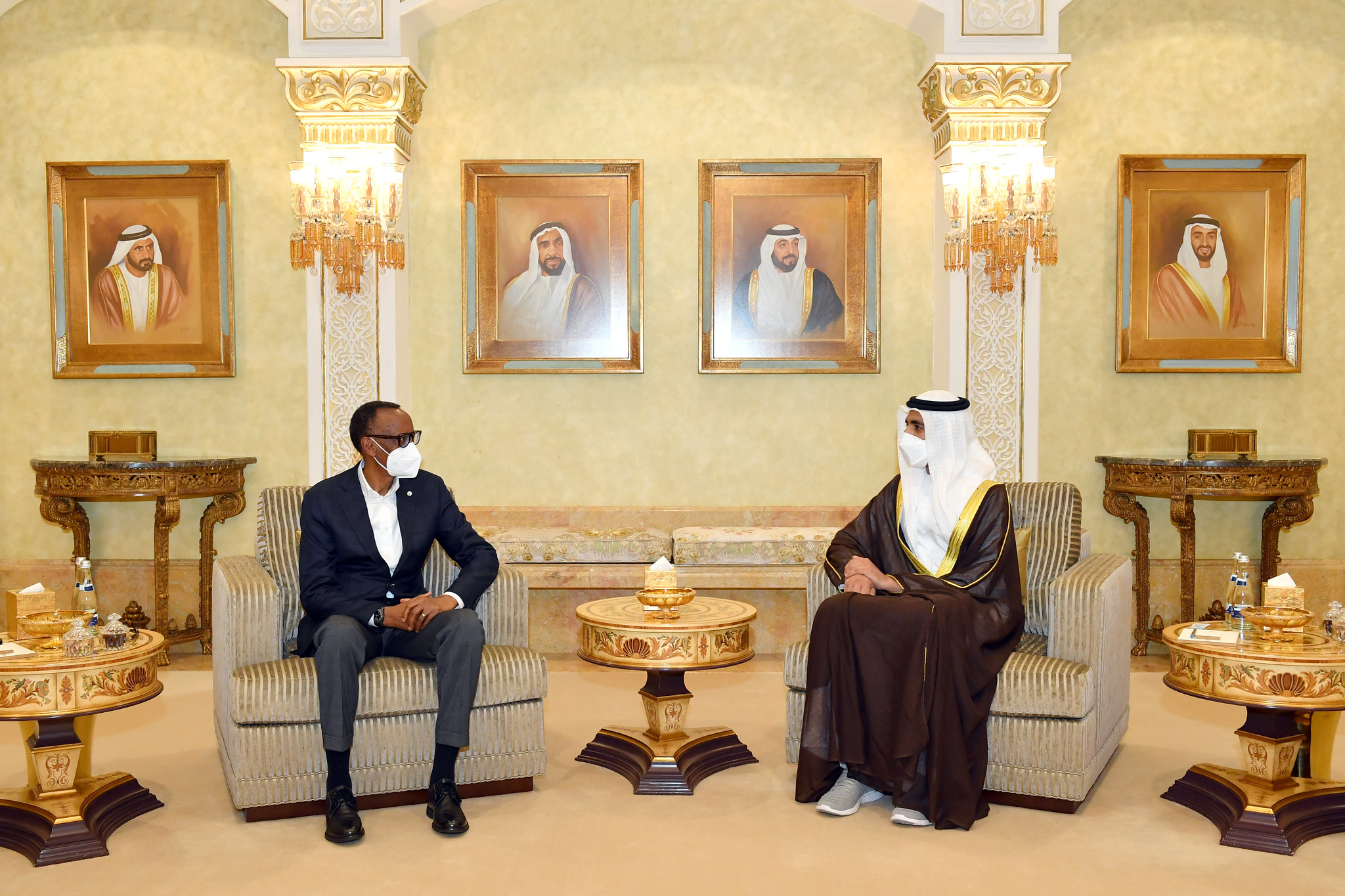 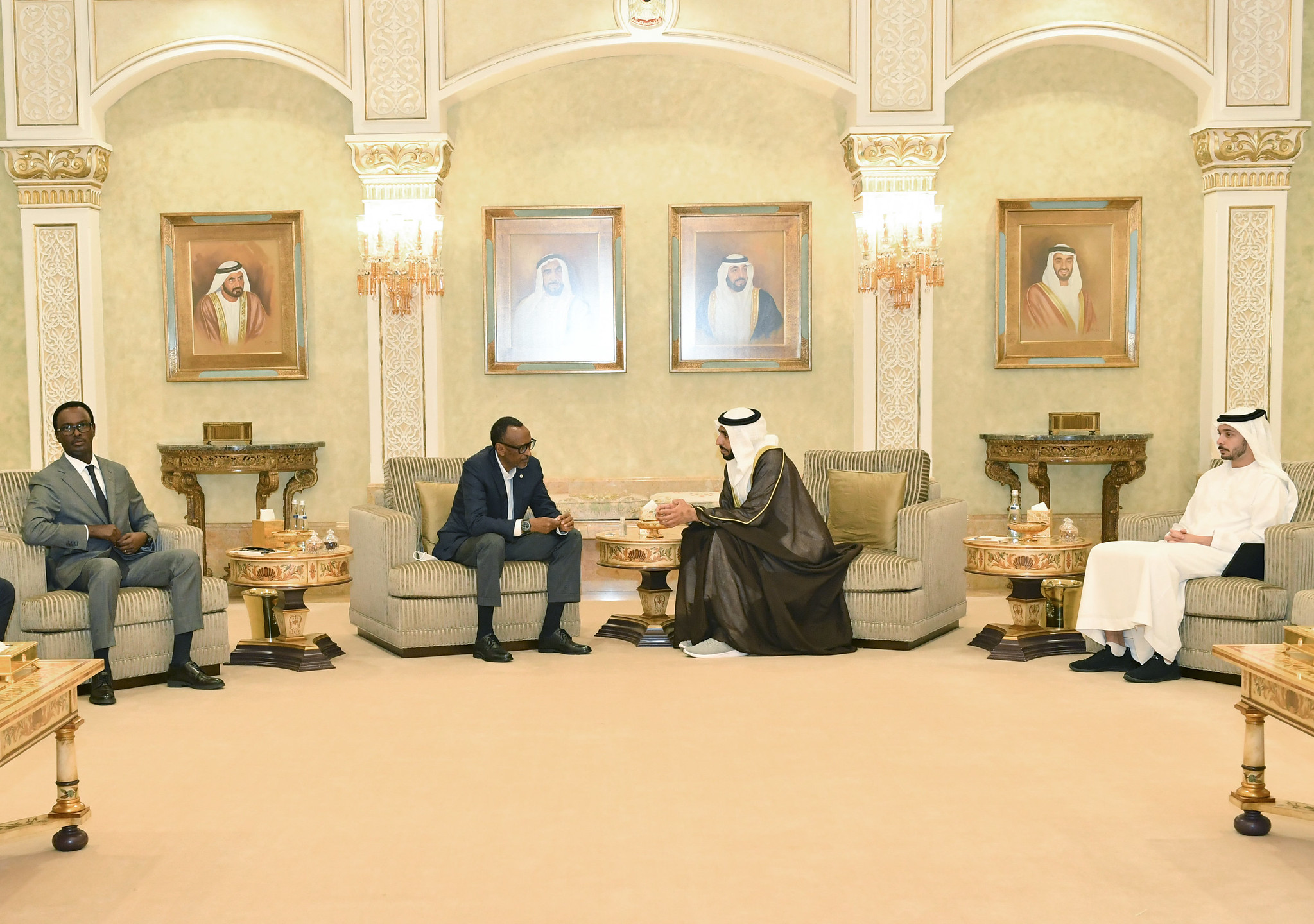