Rwanda is building a continental innovation hub that will enable the country to raise over $1billion in seed capital in the next five years but also attract over 1000 startup businesses in Africa.

The hub estimated to cost $20billion is currently being constructed in the heart of Kigali by Norrsken East Africa- a non-profit, non-religious and non-partisan foundation dedicated to helping entrepreneurs solve the world’s greatest challenges.

The facility is expected to enable Rwanda government strategy of becoming an ICT and innovation hub in Africa.

The ambitious strategy has already seen the country lay over 96% 4G internet and broadband connectivity, and construction of the Kigali Innovation City- seated on 61-hectares of land in the Kigali Special Economic Zone with an initial investment of $ 20 million (Approximately Rwf20 billion) from Arab Bank for Economic Development in Africa (BADEA) for basic infrastructure set up.

Currently the hub has a fully furnished and operating health tech hub that was funded by Novartis Foundation at a tune of $500,000 and housing 260 startups in Africa of which only 60% Rwandan.

On completion, expected at the end of the year, the mega tech facility will be home to different tech and innovation hubs- in health, Fintech, clean energy, climate, education, agriculture and media among others.

“We have already managed to raise $8billion from investor venture capital financing for the startups operating since January when the center opened doors,” said Pascal Murasira, Managing Director of Norrsken East Africa during the first health tech summit in Africa held in Kigali yesterday.

Murasira said that Norrsken East Africa has plans of enabling the hub to attain its goals by making the connections between startups and venture capital funding sources in the innovation eco-system and decrease government dependence on donor money. 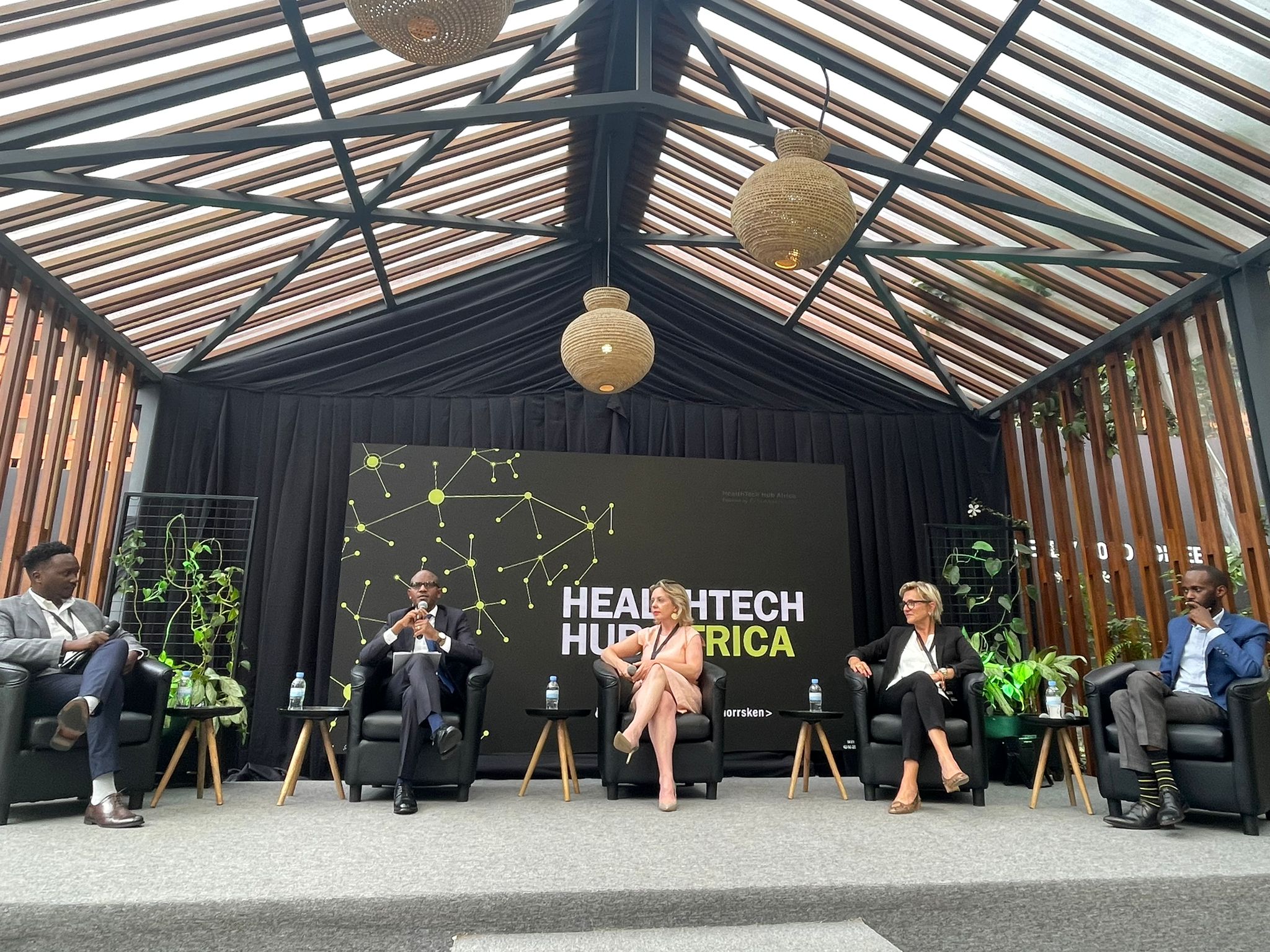 “Access to financing is a big challenge for tech startups but we are moving away from the traditional sources of funding (banks) to venture capital who are willing to finance good business ideas created here,” said Murasira said during the opening of the first ever 3- day HealthTech Africa Summit running from June 2-4, 2022 at the hub.

“The goal is to support entrepreneurs so that they can pay taxes to enable government to re-invest in basic infrastructure, especially in areas where we depend on donors,” Murasira said.

Dr. Ann Aerts Head of Novartis Foundation- a Non-Governmental & Nonprofit Organization Advancing Population Health and Equity through data and Artificial Intelligence (AI) and supported Rwanda to set up the Health Tech hub said that Rwanda has a challenge to prove that tech innovation is possible in Africa.

“This is the first tech hub on the African continent and we choose Rwanda as host because of its favorable investor enabling political and governance structure. So the hub’s success will be a success for Africa,” Dr. Aerts said.

Aerts also said that by supporting the hub idea is to make sure its solution addresses local problems and real population needs through innovative technology which in turn can be replicated in Africa.

“Make sure your solutions (in Kigali) are addressing a local problem and a real need. This is the philosophy behind the Tech Hub, which is why we are working with the government including the Ministry of Health and Ministry of ICT,” said Dr. Aerts.

Rwanda’s Minister of State in Charge of Primary Healthcare, Dr Tharcisse Mpunga who opened that summit said that Rwanda is a country of innovation and the fact that tech enabled Rwanda to go through the impacts of COVID-19 is proof that the country is on the right track.

“We are a country of innovation. We are a country of new ideas. You can remember well when Zipline came to Rwanda to deliver blood using drones, everyone laughed at us but now look at where the project has reached and played a key role during the pandemic,” said Mpunga.