The construction project, initiated in collaboration with “Our Past Initiative” a youth led group engaged in community development activities kicked off during the September end of month community cleaning exercise Umuganda this weekend with support of residents of Ngeruka sector, in Bugesera district

BK staff and residents took pull up their sleeves to engage in the construction of a girl’s room at Ngeruka primary school and the drilling of poles in the Karugondo cell.

Residents of Ngeruka sector, especially those in Karugondo cell, say that the girl’s facility is necessary because they did not have anything in place and this led to some children dropping out of school while in their monthly periods.

Donatha Uzamukunda, a foster mother at Ngeruka Primary School says that the girl’s room was much needed, because girls faced difficulties managing their reproductive health without such a facility.

“The children face different problems, that is, if they are in their periods it would require them to go back home immediately, and thus miss the lessons of that day,” Uzamukunda said. 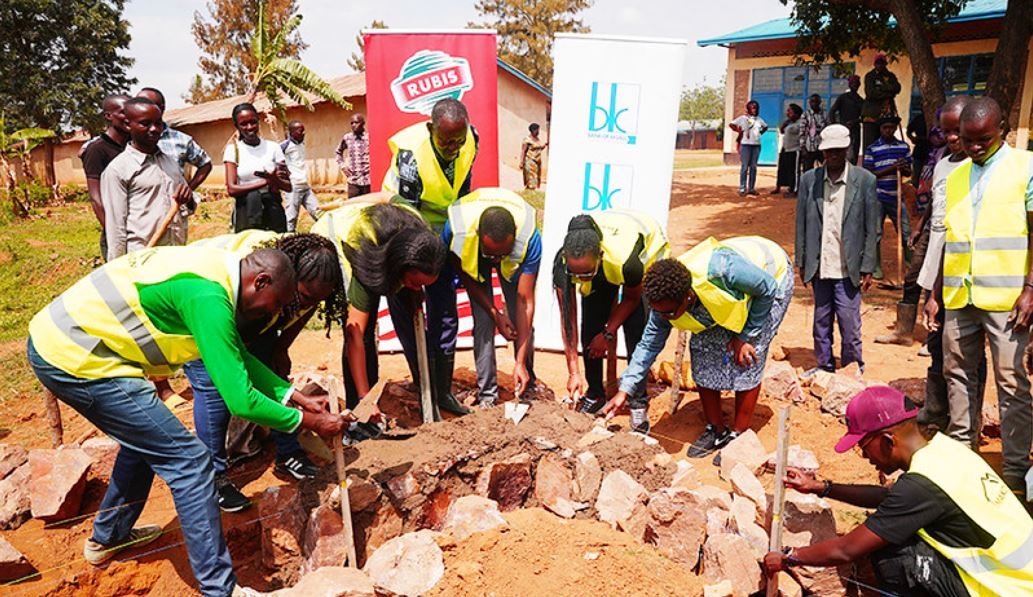 “If they miss the lessons, today and the next day, they end up stopping to attend school,”

Now that they will have a special, Uzamukunda said that the girl child in the school will comfortably attend school even when in their monthly periods, which is a relief to their parents

Solange Umumararungu is a student who lives in Karugondo cell said that it is important for them to have a girl’s room, because they often face the problem of lack of tools used for girls’ hygiene, while in their periods.

“We used to buy sanitary pads expensively but having a girl’s room at school means we can now get it for free, and this is going to solve the concerns we have had before including affordability problems,” Umumararungu said.

Christian Intwari, the head of the youth group ‘Our Past Initiative’ says that they expect that within two months the girls facility will be operational. He said: “We will construct the facility in two months, and after that we will have between six months and a year to train teachers who take care of the children and to find a way to make the room work permanently, so that we don’t come back after a year and it is no longer used or turned into a kitchen”.

In addition to the girl’s Menstrual Hygiene Management Room, a water tank will be built, and a filter will be installed so that it will not only be used to clean the girl’s room, but also for clean drinking water.

Bugesera district officials said they were very happy with this project because it will solve some of the problems that girls living in Ngeruka sector used to face.

The Bank of Kigali has committed to support the initiative with activity funding amounting to over Rwf30 million to be used for construction works, and for the training that will be given to caretakers and as well as for the purchase of cleaning equipment for the girls.

“Our Past Initiative” youth group started in 2012, and engages genocide commemoration activities, supporting the needy in different parts of the country, renovating houses, providing water, etc. The group has already reached more than 2500, including 300 live in different foreign countries. 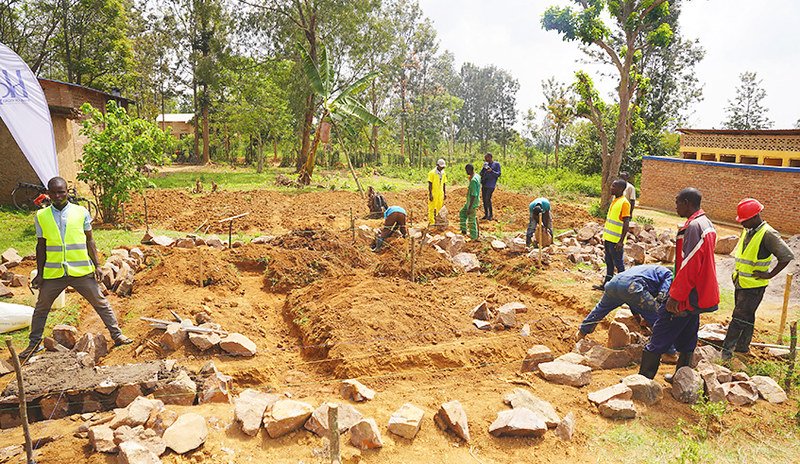