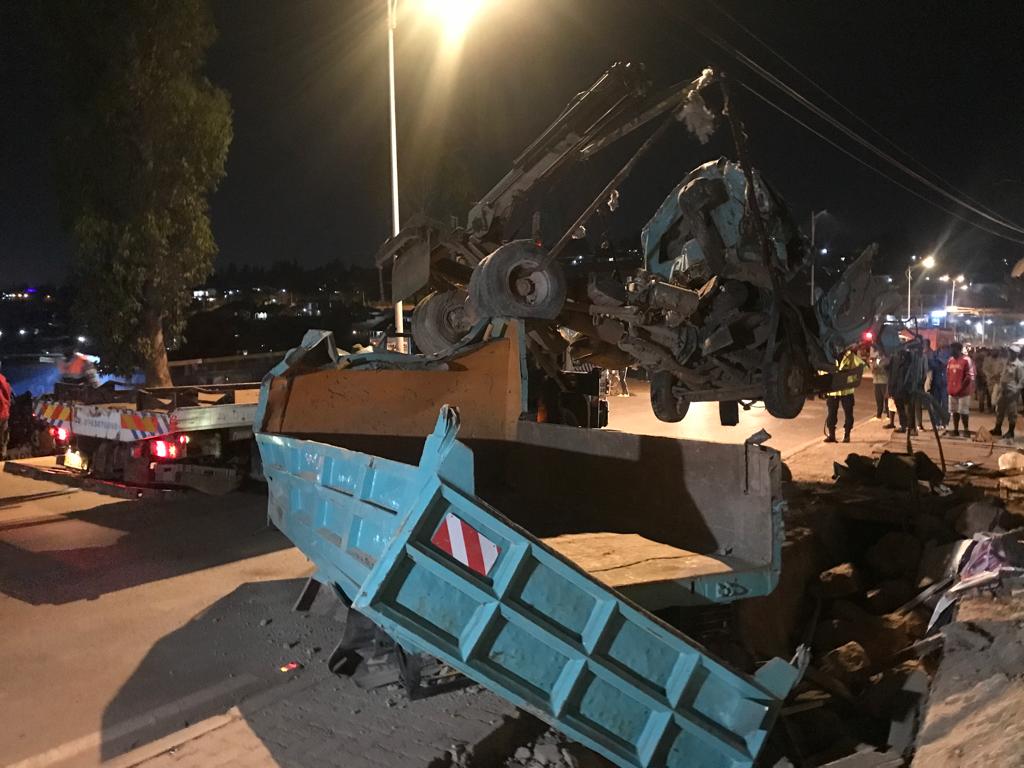 An accident that killed one in Zindiro, December 19

A Senate report has shown that at least two Rwandans die per day due to road accidents, which are also on the increase year-on-year.

The report presented on December 19, 2022 by the Senate Committee on Foreign Affairs, Cooperation and Security, showed that despite strategies that the Government put in place to curb accidents, they increased from 4,160 in 2020 to 8,660 in 2022.

Some of the strategies the Committee sighted was that the government road safety policy of 2021 was put in a place to increase roads up to 7m wide, installation of speed limits and traffic cameras among others.

The report showed that these measures did not serve much because accident fatalities increased from  629 deaths in 2020 to 687 deaths in 2022.

“That means two die, per day and this called for us to do something,” said Senator Hadija Murangwa Ndangiza, the Chairperson of the Committee.

The most recent example of such deaths happened on Monday evening, December 19 in Zindiro, Bumbogo sector in Gasabo District where a truck driver killed one lady and injured several people.

The committee showed that reasons for these accidents were because of 298 black spots in the country (as identified by the traffic police and tabled as a key cause), poor vehicle condition especially for heavy loads taking overweight and with no technical control.

The other issue cited in the report is low standards in garage works and these need to be checked to improve road conditions.

The report also stated that among many road users in Rwanda, there is lack of traffic rules knowledge, not abiding by laws and consumption of alcohol (drunken driving).

To find a better solution, the Senate recommended summoning the Prime Minister, Edouard Ngirente, to explain measures being put in place to solve challenges identified in preventing and tackling road accidents, which have been on the rise.

As Rwandans come to the holiday season, accidents especially those related to reckless and drunkard driving as expected to increase, however the Rwanda Bureau of Investigation has encouraged Rwandans, especially the youth, to avoid crimes and bad habits including alcoholism, child abuse, drugs, prostitution and others.