Home NewsNational “Break The Silence”, Young People Are Urged To Be Open About Mental Health
National

“Break The Silence”, Young People Are Urged To Be Open About Mental Health 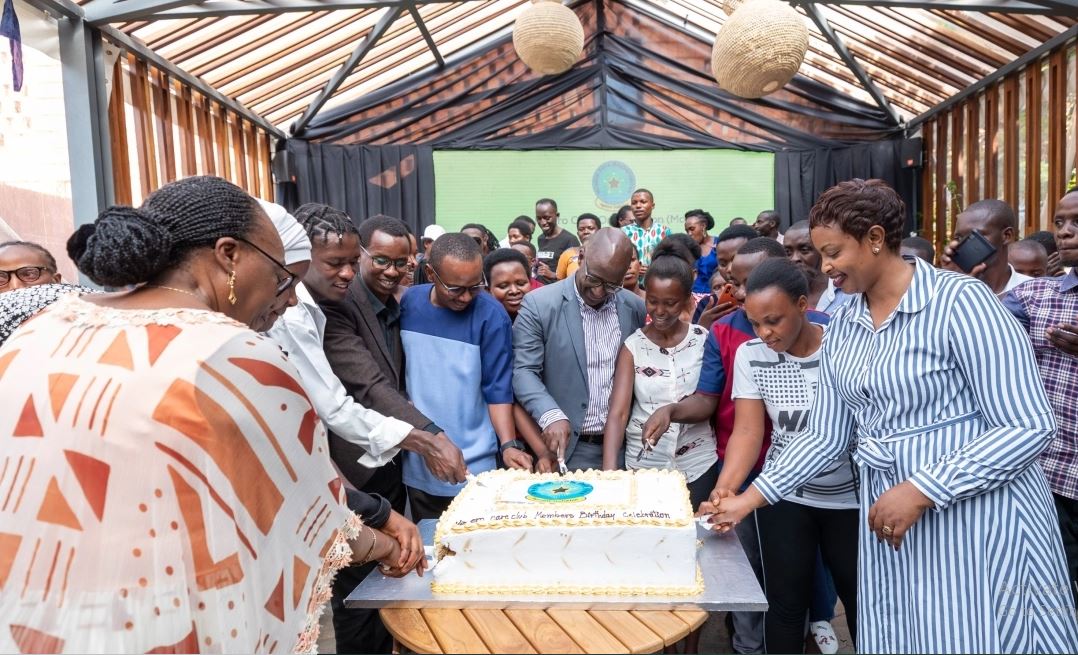 The intent to green Rwanda’s capital, Kigali is evident all over the city, and has especially, been fully embraced, at the Noorsken centre, Kigali. Stepping into its gates, separated from a busy road, only by the pavement, the visitor enters a world of mature trees, whose branches filter the sun’s rays, protecting the young, blooming flower garden below. It is in the main hall, constructed to be open to the gardens, that Mizero Care Organisation (MoC), came to hold their annual, mental health awareness conference.

With the theme, “Sharing Joy Conference” the annual gathering, is intended as much celebration of challenges surmounted, as raising awareness of those remaining to be overcome.

The organisation focuses primarily on helping young people, whose mental health is affected one way or the other. Almost all of those gathered at the Norrsken centre, were in their youth, some still in their early teens.

Lunch over, drinks distributed, speaker after speaker, emphasised the theme of the day, “break the silence” on mental health.

Close to a billon people, in the world, suffer from a form of mental disorder, according to research from the World Health Organisation (WHO). Young people seem particularly affected. The global figure includes 1 in 17 teenagers. The Sars-Cov2 pandemic, intensified the already staggering figure, with a rise of 25% in reported anxiety.

For Rwanda, there is an added burden on the mental health for almost the entire population, including the young.

It is now close to thirty years, since the 1994 genocide against the Tutsi, left over a million men, women, and children, murdered in unimaginably harrowing ways. For many, the trauma remains fresh, and is transmitted to those who were mere children, at the time, even those born after 1994.

Those children of the survivors, who are themselves survivors, have grown up with the trauma of their parents, including so called survivors’ guilty. Some mourn parents they barely remember, haunted by the manner of their deaths, witnessed, or imagined. Or mourn grandparents, who unable to bear the despair, gave in to the pain, relinquished the hold on life.

For the offspring of perpetrators of those murders, the trauma is one of self imposed isolation, and guilt, as they needlessly, yet almost inevitably, identify with their parents’ crime, burdening themselves with a guilty that was never theirs.

In the twenty or so years, since the genocidal forces were defeated, and the murders halted, the Rwanda Patriotic Front (RPF) led government, has done, and continues to do all it can, to instil into the children of the perpetrators and planners of genocide, that they are not their parents. That crime, any crime, is personal, not hereditary.

In any conversation about these issues, with young Rwandans, it is immediately apparent, that the message has taken root, but the mind still wonders, and wanders, ending up placing blame where none belongs.

A recent study by the Rwanda Biomedical Centre (RBC), found that 3 in 10 Rwandans carried some mental disorder, many of them through trauma transmitted from their parents.

It is something the chairman and founder of MoC, Rene Mizero, knows only too well. He had not reached puberty, when his parents took part in the murders of his friends and neighbours. Both his mother and father, are still serving life time sentences, for crimes of genocide, and thirty years for his mother.

Growing up, Mizero, felt weighed down by being his parents’ child. At the extraordinarily young age of thirteen, he started his organisation, to help others in a similar situation.

“Children of survivors, feel the suffering of their parents. They experience anxiety, and depression. And the children of perpetrators feel isolated, they have a negative image of themselves, almost identifying with their parents’ crimes” he says.

“I also felt isolated, depressed. I was carrying a burden of crimes in which I had played no part. But I really thank my peers, from different backgrounds, who showed me care and love. When I emerged from the state of depression, I thought of other young people, who were also experiencing similar social, psychological issues, and then in 2013, I founded Mizero Foundation, which later became Mizero care…” 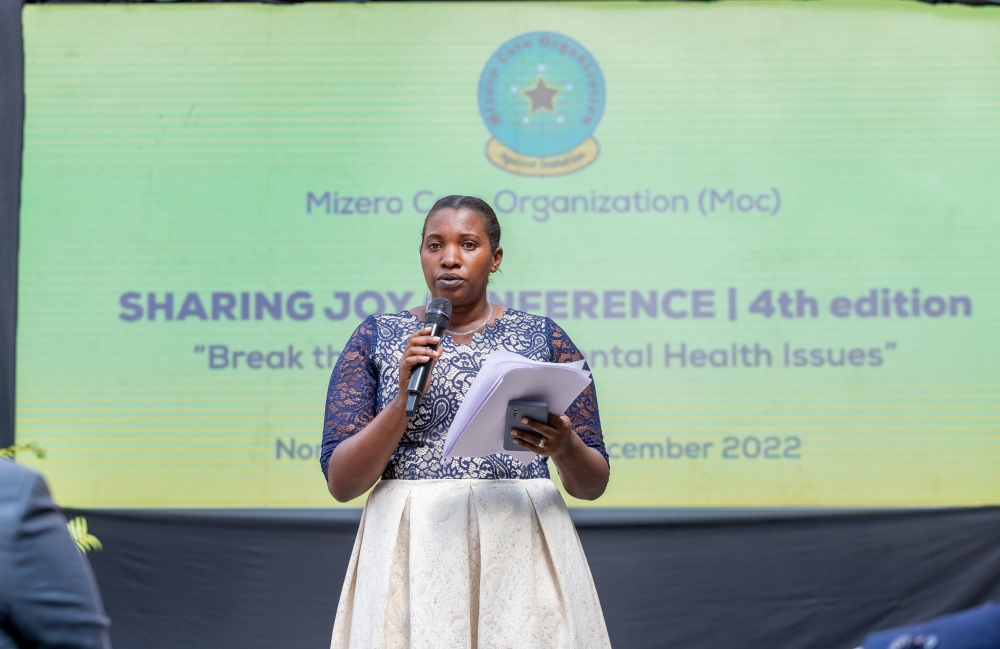 The organisation has now grown to partner with similar bodies in the country. It has its own psychologists, and this year’s celebration, included giving awards to thirty “graduates”, who gave moving testimonies, about their descent into depression, drug and alcohol addiction, and how the organisation supported them to regain their lives.

The thirty will continue to receive MoC’s help, including with starting entrepreneurial projects, and will be mental health “ambassadors,” encouraging others who might need help, to come forward.

Few countries in the world, rival Rwanda’s commitment to raising young people’s aspirations. Mizero and his colleagues, boast an impressive list of supporters, from the relevant government ministries, to religious institutions, government agencies, notably, the Rwanda Biomedical Centre, to the first lady’s office.

All these come to share the MoC day of celebration, and one after the other, remind the young of their importance, as the “future of Rwanda,” every speaker re-emphasising the message of breaking the silence about mental health.

With mental health services in Rwanda, incorporated into primary healthcare, it makes it easier to encourage people to see mental health as they would any other illness, for which they would immediately visit their local clinic.

A visibly moved Mizero, announced to the nearly 200 young people, that he had been awarded one of Rwanda’s highest civilian honours, Umurinzi W’igihango. The honour is given to individuals who have distinguished themselves in the service of others, or the nation. He is the one of the youngest recipients of the award.