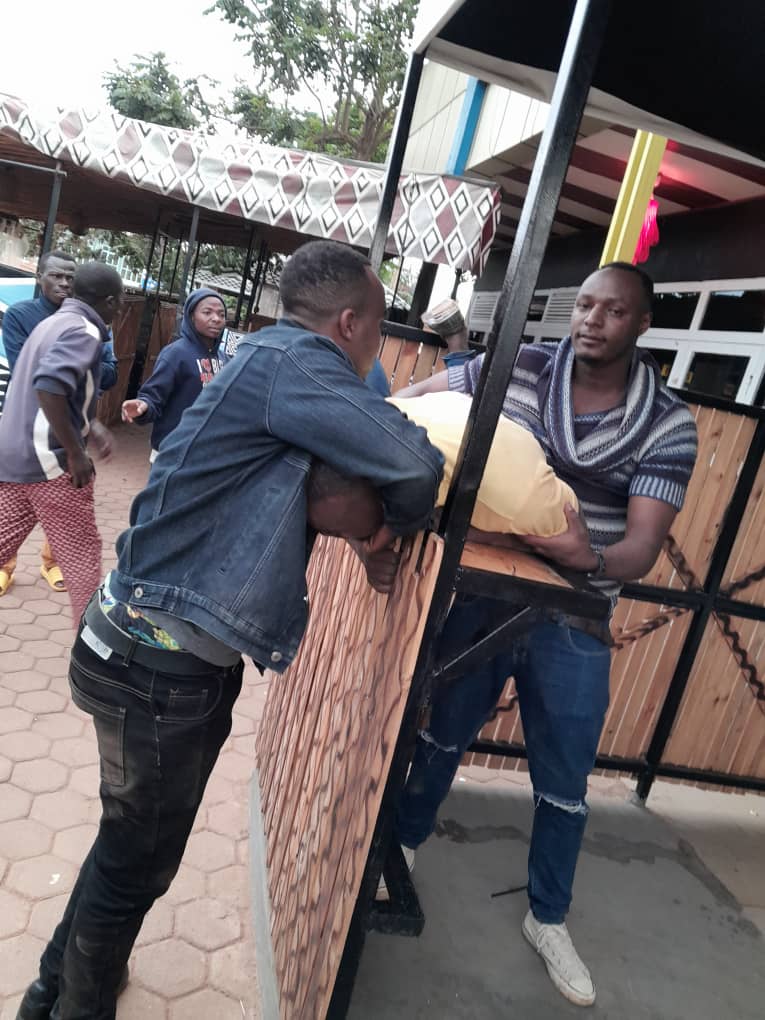 In this photo that went viral on social media, two of the suspects are seen strangling the deceased in a bar brawl. RIB says it arrested 3 people suspected of being involved in the fatal scuffle.

Three suspects have been detained by the Rwanda Investigation Bureau (RIB), accused of beating to death a Burundian truck driver in a bar scuffle.

The trio are being detained at Rosororo police station in Gasabo district as further investigations go on, before they are arraigned in court. It is suspected that the deceased, Muhizi was killed out of a revenge fight for having previously beaten one Clement Harushyubuzima, together with another colleague identified as Arthur Niyogusenga in August 2022.

After the August fight, Niyogusenga was arrested but Muhizi was still at large. On returning to the same bar located in Kabuga, Gasabo district, Emmanuel was spotted by the trio, then beaten and strangled to death in a brawl that ensued.

Dr Thierry Murangira calls on all people to desist from revengeful acts out of any conflict. “Any person should not take law into his hands because it is punishable by law. State institutions are there to mediate such cases”, said Dr. Murangira
He added that people should be careful not to fall into such temptations, otherwise the law will deal with them decisively.