Rwanda’s Granny Nyiramandwa Passes on at 110

One of Rwanda’s centenarians Rachel Nyiramandwa has passed on at the age of 110 years.
News has it that Nyiramandwa succumbed to sickness and breathed her last this December 30, 2022 at the Butare University Teaching Hospital (CHUB) where she has been undergoing treatment for a month.
Nyiramandwa was an elderly woman from Ngiryi, Gasaka sector of Nyamagabe who, for three successive occasions, managed to sneak into the crowd and to reach President Paul Kagame whenever he was in an outreach to the region.
Nyiramandwa, who was nicknamed the “President’s Granny” was commonly known for being a fan and friend with the President Paul Kagame.
She came into the limelight in 2010 when she secured a photo moment with Kagame during a campaign rally- where she was photographed greeting and whispering to an attentive President Kagame. 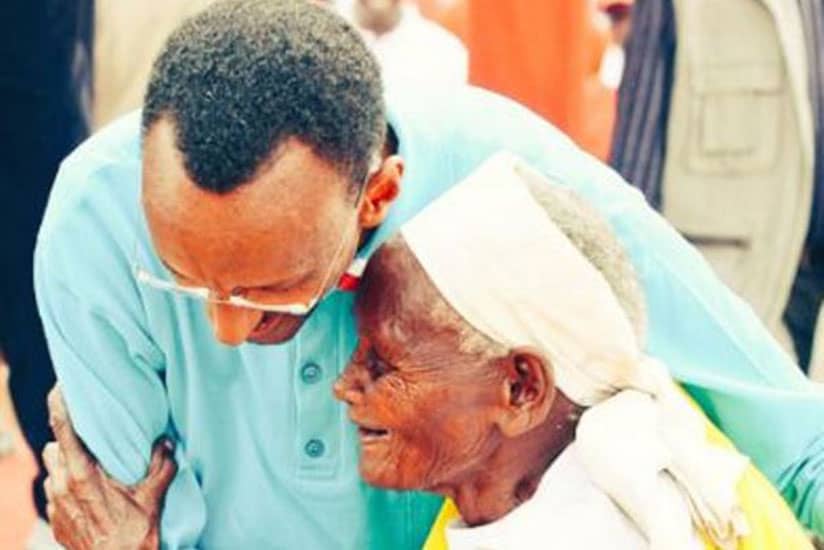 During the 2017 presidential campaign she also was caught on camera rallying behind Kagame bid for reelection.
At that time Nyiramandwa was stepped up on the campaign podium, had a short chat with Kagame and she also earned herself a cozy cultural hug with the President.
The granny has been receiving direct support from the President as a friend. 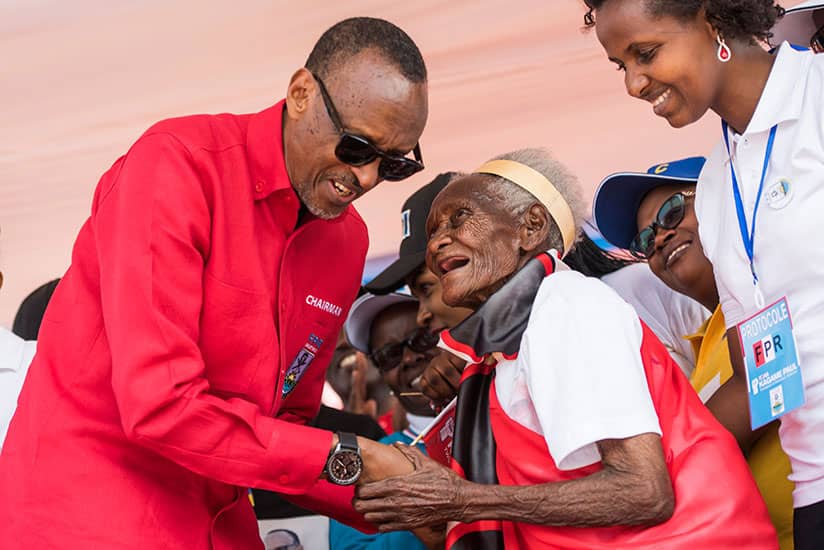 In February 2019, the granny again managed to see the president who was in a visit to Nyamagabe.
The MC gave the granny a microphone and she told the president: “May God bless you for sending me two cows. I am remaining with one because another one died,” Nyiramandwa said.
Before passing on Nyiramandwa had received three milk cows and a house from President Kagame who personally paid her a visit at her home in August.
Nyiramandwa has always said she is grateful to President Kagame because of his kindness and support for her and all Rwandans.
Nyiramandwa managed to survive the 1994 Genocide against Tutsi and she was living with her daughter.