Home Voices After Kagame Ended Rusesabagina’s Release Debate By Being Categorical, Blaming Rwanda for the Insecurity in DRC Was Next
Voices

After Kagame Ended Rusesabagina’s Release Debate By Being Categorical, Blaming Rwanda for the Insecurity in DRC Was Next 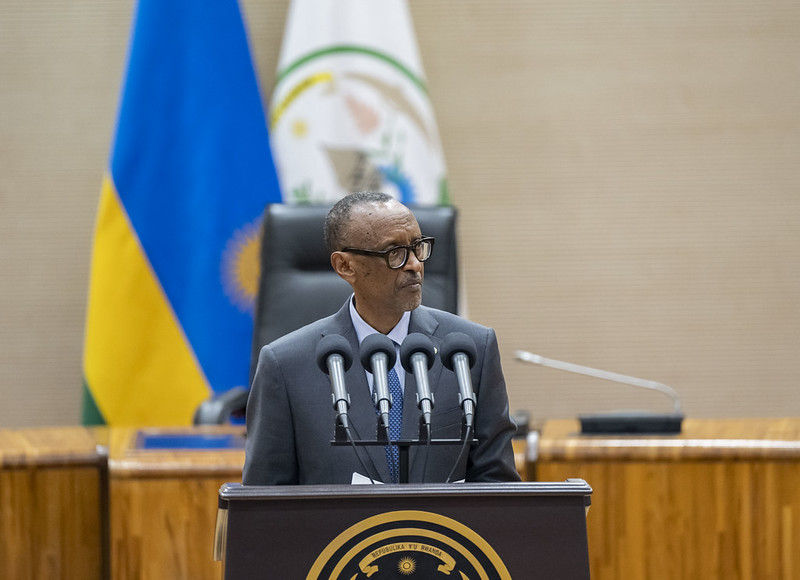 The armed conflict in the Eastern part of the Democratic Republic of Congo goes on despite some progress in trying to end it. President Kagame alluded to this progress in his remarks last week, while presiding over the swearing of Dr. Francois Xavier Kalinda, Rwanda’s new President of The Senate. Yet for the simple reason that any level of progress thus far easily diminishes in view of a mountain of related challenges, to that effect President Kagame mainly talked about the difficulties. This is because in his words, “There are still more problems to address than those that have been addressed.” And what are these problems still prevailing?

In my article published here last week I mentioned what they are by simply reiterating the President’s message. At the end of it I made a promise to continue dissecting this issue bit by bit, for it is too broad to be tackled in a single article or even just a few of them. Just for starters, the midterm report on DRC as presented by a Group of Experts to the UN Security Council, has 235 pages. It is that massive, even without addressing the critical aspect of fraudulent politics at play in DRC, the root cause of the conflict. This politics part of the conflict is central to the problem. DRC seemed to consider bearable until M23 sprung up. President Kagame takes ample time to explain, again.

Although the permanent insecurity in the eastern part of DRC has gotten almost everybody talking, most discussions on the topic are not on point. The near dysfunctional state of the government in Kinshasa coupled with the West’s high-handed approach to the problem makes for a world fed on total inaccuracies.

While Rwanda naturally is a key regional player given the fact it often suffers from the insecurity spillover, it is nowhere near being the cause. The country’s sole concern is the threat posed by FDLR and other Rwandan armed rebel groups allowed to operate from eastern DRC. Only if the United Nations helped weak DRC to get rid of them instead of acting as though it were Tshekedi’s mouthpiece in bizarrely blaming Rwanda for it all, we would be good.

The same can be said about M23. The anti-Kinshasa rebel group is a result, not the cause of a failing state. Only if the United Nations convinced half-blind DRC to focus on permanently addressing causes underlying the M23 uprising, things would be a lot different.

For example, out of over 100 armed groups raking havoc in eastern DRC, only one, M23, has a legitimate cause. They fight for the right to belong to that Kivu region in that country. This place is where they and their forefathers were born.

Incidentally and unfortunately for M23, this region happens to be rich in minerals, thus attracting lots of competing powers. The rest of the groups are mafia-like networks, mainly proxies of economic power houses. These get armed by influential collaborators from across local Congolese communities who have bilateral minerals exploitation agreements with international mining companies. 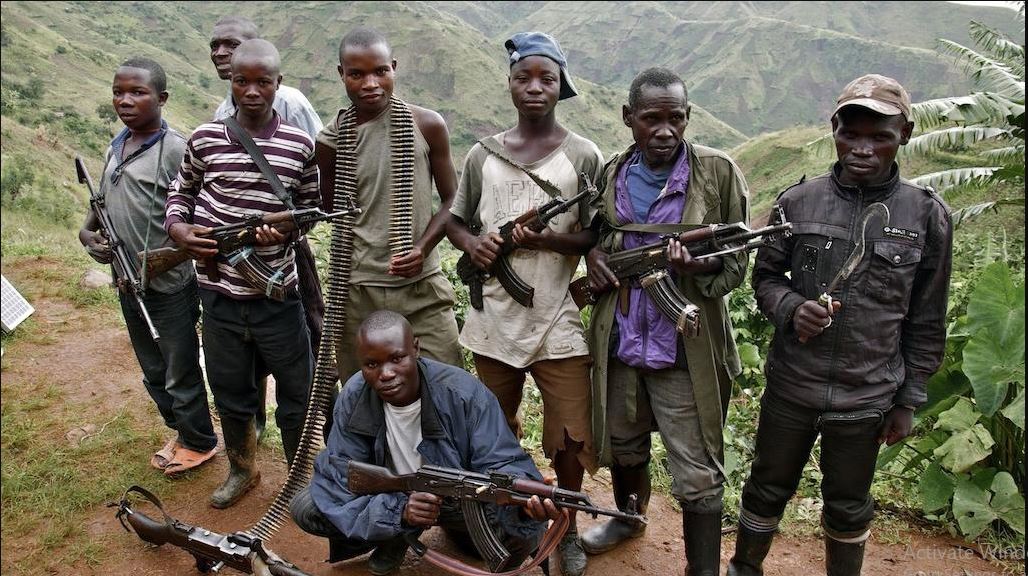 The above situation is what keeps FDLR alive. These Rwandan genocidal remnants have positioned themselves perfectly to serve this economic interest between Congolese and foreign partners. They take advantage of a feeble DRC keen on clutching them for military help that government is ready to welcome from anywhere. Conveniently, mineral-greedy world will look the other way as mayhem ensues. That is how “FDLR has been preserved… It cannot be by accident that they have been there for all these years,” President Kagame observed.

Amidist this combination of DRC incompetence and FDLR criminality, Rwanda is found as the easiest of targets for blame. There is no amount of truth from Kigali that will sober up the international community, left dazed and confused by relentless own lies through own media. Sounding frustrated at one point in his remarks at the swearing in, President Kagame did not mince words. He said that a falsehoods-filled political-economic environment such as we are witnessing is possible because “the world has gone crazy, nobody is listening to the other,” and “facts no longer apply to anything.” Real chaos!

But why? Because what President Kagame identifies as being at the heart of the matter, the actual cause of the conflict – FDLR presence in eastern DRC – the powers that be, both in Kinshasa as well as in Western capitals, are too reluctant to face. “I keep saying this so that may be some day some people pick some sense from facts on the ground,” he went on. He is not giving up any time soon in the battle to fight falsehoods with truths. That day he was determined to be as categorical as he could.

“We are going to ensure that everybody realizes that it is not Rwanda’s problem…I am refusing that Rwanda should carry this burden and be insulted and abused everyday about it.”

Was the President bothered that behind FDLR presence are interests of those who “want them to stay”? The answer is yes, as seen in these words: “I am not opposed to anybody’s interests anywhere.” However, he was quick to remind listeners that FDLR terrorist actions against Rwanda compromise his country’s own security and economic interests. 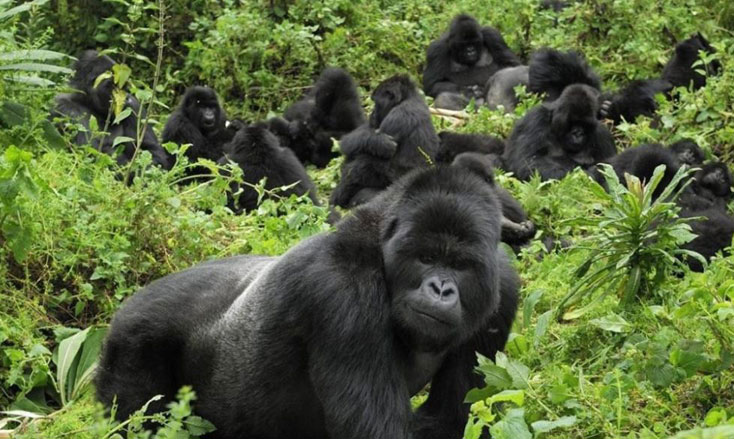 “First our interest is even survival,” as opposed to others whose interests is wealth accumulation. The President wonders how the involved parties have miserably failed to appreciate that it is not at all Rwanda’s fault or problem.

“We have explained, we have talked so much to so many…,” yet no one seems to want to grasp the truth as it appears! Instead concerned people are hell-bent to lay it on pretty heavily against Rwanda, pretending that DRC’s responsibility is not primary! And why continue blaming Rwanda – what has it done? This rhetorical question was asked by President Kagame at the parliamentary ceremony.

President Kagame knows well the difference between what people accuse Rwanda of on the one hand, and what Rwanda has precisely done on the other. Without caring about whether and where they get it wrong, he retorted thus:

“For what we have done, you must even understand why we would be doing it.” He was like if some people are going to continue shrugging, feigning indifference as though they do not care about the threats against Rwanda, “we are really prepared to be blamed. But we will be blamed for what we must do.”

Bang, that marked the beginning of the end to constant breath wastage. The case of those who thought Rwanda would crumble in the face of endless unfair blame here might close. Like the assurance by the President that Rusesabagina would serve his jail term, unless the superpower invaded Rwanda put an end to the useless debate about his release, I hope Kigali’s announced readiness to shoulder blame slows down the enthusiasm by eastern DRC insecurity apologists.