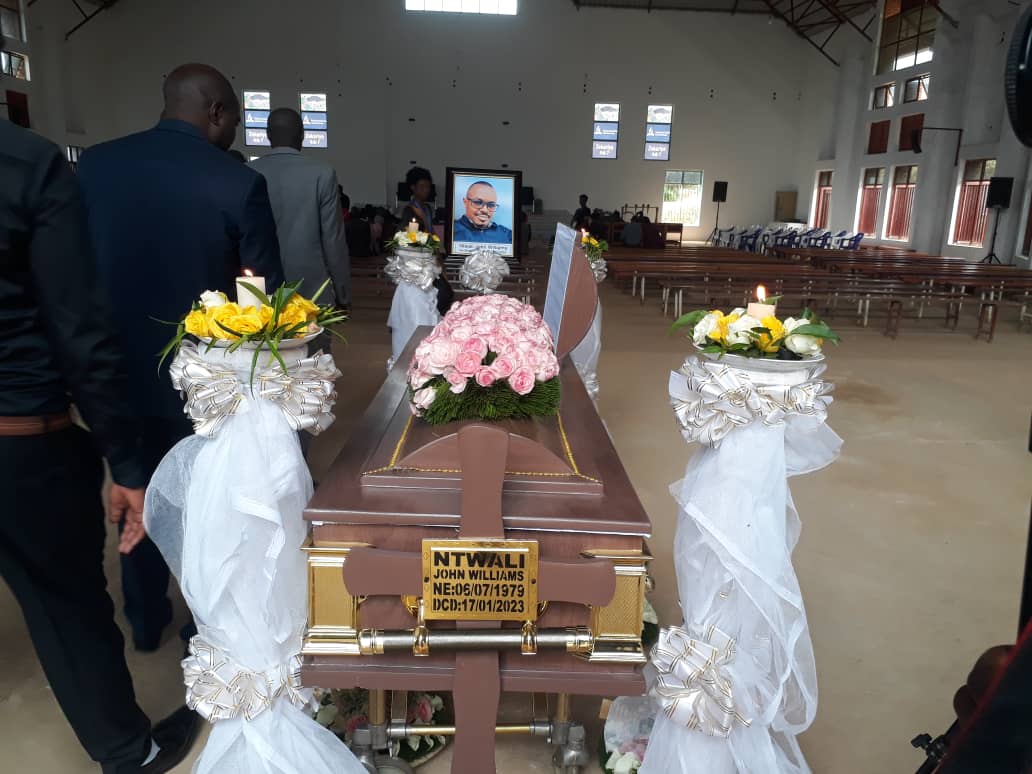 A young father of one, tragically dies in a road accident, sadly a common occurrence that is rarely the news it might be. Except that is, when it is in Rwanda, and the deceased is a journalist. Then, before even all who knew him have been informed of their friend and colleague’s death, we have a report from an international human rights organisation, demanding an “independent” investigation, prompting a flurry of media reports, alleging sinister plots behind the fatal accident.

Human Rights Watch (HRW), says, police informed John Ntwali’s brother, that the journalist had died in a road accident, and that he should come to identify the body, in Kacyiru morgue.

This was less than an accurate representation of the actual sequence of events.

Ntwali’s untimely death will come as a shock to everyone who knew him, in particular of course, his family, friends and colleagues. The manner of his death however, will surprise no one, least of all the police, who have to attend similar fatalities, all too frequently.

According to the police report, which HRW says does not exist, the police answered an emergency call, in the small hours of 18th January, about an accident, that had taken place in Kimihurura, Kigali. The caller was a motor cycle taxi rider, one of the most common forms of public transportation in Rwanda.

He reported that he had been hit by a car, and his passenger was immobile. According to the report, the passenger, whose identity could not be verified, had died instantly. The taxi motor cyclist is said to have sustained only minor injuries to the shoulder.

From thereon, the process followed by the police, in such circumstances, unfolded automatically. The deceased are normally sent to the morgue, and if they have been identified, the next of keen is informed. If, as was reportedly the case with Ntwali, the person has not been identified, a description is broadcast on all available media, including radio, and social media, until the victim’s loved ones identify him or her.

Every Rwandan citizen is issued with a national identity card, but to avoid the arduous process of applying for a replacement, if the original is misplaced, few people carry them about. John Ntwali, was reportedly not carrying his, and the no doubt heart rending task of visiting the morgue, fell to his brother, who identified him.

In Rwanda, irrespective of where the fault might lie, any motorist who causes a fatality, is automatically put under arrest, pending a full investigation.

Contrary to the claim from HRW, that there was no police report, detailing the circumstances of the accident, a police report has already been submitted to the prosecutor service, explaining the reasons for the arrest of the driver of the car.

“Suspicious death of Investigative Journalist” screamed HRW, in a statement published in unseemly, if predictable haste. It would take more space than we have available here, to outline the complete absurdity of almost every sentence, in HRW’s statement on the accident, that so prematurely claimed Ntwali’s life. But one might start with the notion that Ntwali’s fatal accident was “suspicious,” simply because HRW says it was. It has apparently long become the norm, that neither evidence, or basic reasoning, is required when accusing Rwanda, even of the gravest crimes, as in this case. It is enough to say, “it is suspicious” because, it is Rwanda.

What background HRW attempt to give, is made up of imagined caricatures, they no doubt imagine strengthens their accusations.

The statement claims for instance, that “Ntwali was regularly threatened and attacked in the pro government media for his investigative reporting.” That will come as something of a shock, and raise every eyebrow, on every single one of the faces of friends and colleagues, who, yesterday, gathered for his funeral.

And if HRW’s ample funding were to depend on their showing evidence of that assertion, they would find themselves in grave danger, of not being able to pay their employees’ rather generous salaries. Similar to everywhere else, in Rwanda, journalists do not make a habit of “threatening” or “attacking” their colleagues.

It is telling that in an effort to project Ntawali, as the “brave” courageous” investigative, “last independent journalist in Rwanda,” both HRW, and those media reports, which rather than approach Rwandan authorities, to ascertain for themselves what might have happened, simply parroted HRW’s claims, make so much of Ntwali’s coverage of what they call “enforced evictions.”

In their various targets, from Vision2020, Vision2030, and so on, decent housing for everyone, is almost always comes at the top of the Rwandan government’s agenda. The reason is not difficult to understand, the need is great, and urgent. In the past, the very idea of the government, concerning itself with people’s housing needs, would have been totally alien. Individuals and families put up dwellings wherever they could find, often bribing authorities for the privilege.

The result was people living in areas, like wetlands, where too often, lives would be lost, when floods hit. The constructions themselves, could barely be called houses, and sanitation was inevitably a major problem.

But despite all that, people did establish communities in such places, so much so, that many were reluctant to be moved, in part because they hoped to get as much money from the government as possible, as compensation, for leaving their homes, however unsuitable they may have been.

This cocktail of potential controversies, added to the anti Rwanda narrative, driven by a Human rights organisation as influential as HRW, attracted every media, for whom sensationalism mattered more than journalism.

So, when HRW dramatically declares that Ntwali, “played a leading role in covering and bringing attention to the plight of Kandongo neighbourhood residents…” they really mean that he was part of the media circus of journalists, and youtubers, who descended on the neighbourhoods, slated for demolition. 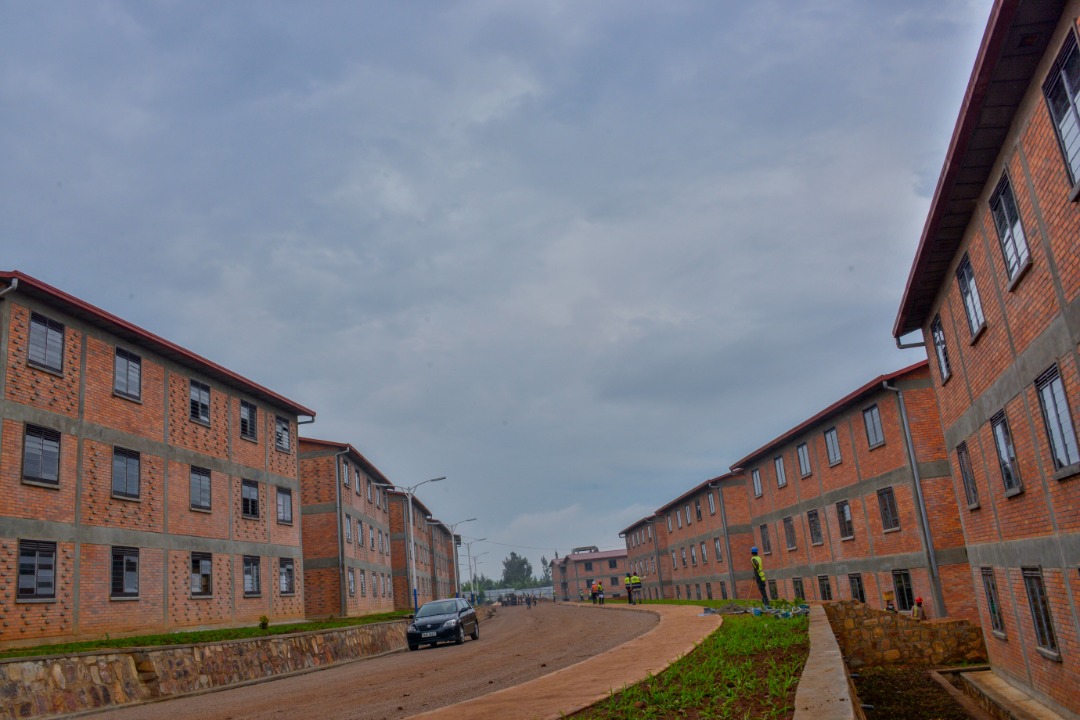 The supposed “plight of residents,” was being moved from unsanitary conditions, to purpose built housing estates. These may have been less than perfect, with some individuals offered apartments that were too small for their families, for instance. The new affordable housing is also generally situated in neighbourhoods that are less expensive than the ones people are asked to leave, and for some, an unsafe shack in an upmarket area, is preferable to decent housing in an ordinary neighbourhood.

But for all that, people are moved into decent housing, with all the amenities people need, and are a world away from the often unsafe, indifferently constructed shacks, to which many cling, in the hope of pay outs of large sums, from government.

According to HRW, Ntwali, “survived a number of staged accidents in Kigali” and “suffered ordeals and threats” for his journalism.

These alleged attempts on his life, apparently carried out on public roads, seem to have been especially discreet, as they were ham fisted.

Rwanda is a small place, its capital city even smaller, the media fraternity, close knit, and smaller still. Yet other than HRW, and Ntwali’s anonymous friend, who informed them of Ntwali’s “ordeals,” no other person was ever aware of the ostensible state of siege, in which the journalist seemed to have been living.

The only time he was ever arrested, was in 2016, for the alleged rape of a minor. This too, is presented by HRW, as state repression. Yet, having arrested him, this “repressive” “police state,” not only guaranteed him due process, but went on to set him free, when the evidence against him did not satisfy the courts.

“I have been in this post for just over years, and in that time, Ntalwi has not once had any dealings with the police, in fact other than his case in relation to the accusation of rape, by a young woman, I am not aware of him ever having been arrested for anything” said Rwanda National Police spokesperson, Commissioner Jean Bosco Kabera.

“We have to respond to so many accidents, too many” added a pained Kabera, “unfortunately, Ntwali, is one more we wish we had not had to find as we did. But we did, it happened to him, as it has happened to so many others, what is so different here?”

Journalism in Africa, is one of the most poorly remunerated, precarious occupations. For most if not all journalists, it is a labour of love. John Ntwali toiled away at work he loved and no doubt enjoyed.

Like the majority of Rwandan journalists, he was young, and his best work lay ahead of him. The near hysteria around him, as Rwanda’s “last independent journalist,” has little to do with his life and work, and more to do with Rwanda’s detractors, seeking to use the tragedy of his death to perpetuate their narrative against the country.