South Africa President Cyril Ramaphosa has declared that the political issues that have characterized Rwanda and his country in the past is already in the ‘basket of ‘solved’.

In 2014, diplomatic relations between the two countries turned sour – leading to the expulsion of diplomats from both Kigali and Pretoria.

It started with South Africa accusing Rwanda of “violating its sovereignty.” 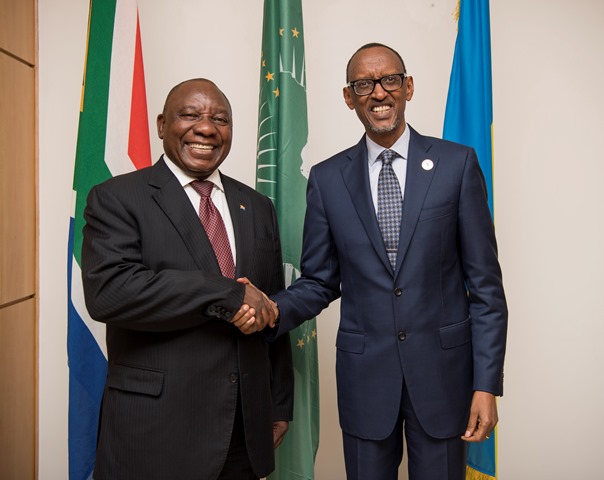 Rwanda refuted the allegations which had developed since 2010. Later on, both countries agreed to turn the page of relations. South Africa sent a new diplomat to its mission in Kigali and Rwanda named a high profile face to occupy its mission in Pretoria.

However, since then, Rwandans have been barred from getting visas to South Africa.

He held bilateral talks with President Paul Kagame in Kigali.

Later on during the last panel of AfCFTA, Ramaphosa responded to a question raised by one of the participants about South Africa’s still denying visas to Rwandans.

“Consider Rwanda-South Africa visa issue, as a matter that is solved. We are working with President Kagame to put relations between Rwanda and South Africa on a much better footing,” President Ramaphosa said amidst much applause from the audience.

“Amongst the issues we discussed, was that we must resolve the challenge of issuing of visa to people of Rwanda wanting to visit South Africa,” he added.

According to President Ramaphosa, “You can’t Promote Intra-African trade and at the same time impede free movement of people.” 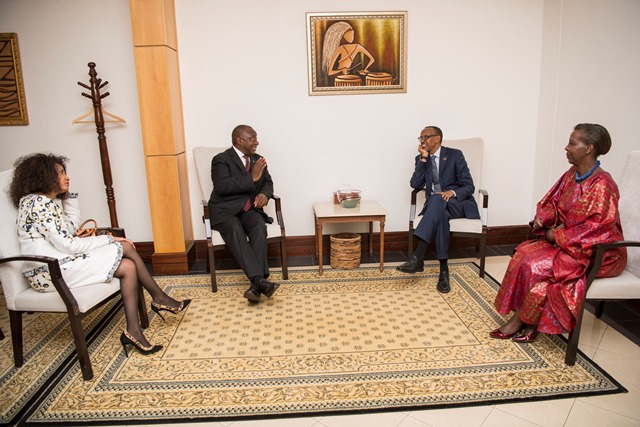 To finalize other remaining elements to restore relations between the two countries, President Ramaphosa said that he agreed with his counterpart, President Kagame that both Foreign Affairs Ministers take up the remaining work.

“Our Ministers of International Relations and Cooperation have been tasked to work on this immediately and we thus consider this matter of visas as solved,” emphasized Ramaphosa.