The book, inspired by the life of Honda’s mother ( a Rwandan from Bugesera named Christana Gerald), tells a story of a lost childhood identity, abuse at different stages due to her color, search for identity and finally returning to her roots which she says helped to rest a big burden on her soul and give dignity to her mother.

Authored by her childhood friend Dr. Imani Silver Kyaruzi, the 185 pages book is a read that can lead one to shed tears, feel proud of their heritage and also be agents of change.

In it Mitchiko Honda tells a story of how her mother was displaced from Bugesera district ending up on the streets of Bukoba and Mwanza in Tanzania where she suffered but managed to meet a Japanese man Dr. Konzo Honda, which led to her birth as a mixed race child.

A lady who was born Rwandan, raised as a Tanzanian, Japanese and trained as an American has launched a lifetime book which will help Rwandans to love who they are, their heritage and be patriotic and write their own stories wherever they are.

The book called “A butterfly with brown spots” was launched Thursday evening in Kigali in the presence of Tito Rutaremara, Rwanda’s former Senator, Advisor to the president and head of Rwanda Elders Council, , Tom Ndahiro, a researcher on genocide and Rwandan history and Renate Charlotte Lehner, the First Secretary Germany embassy in Kigali. 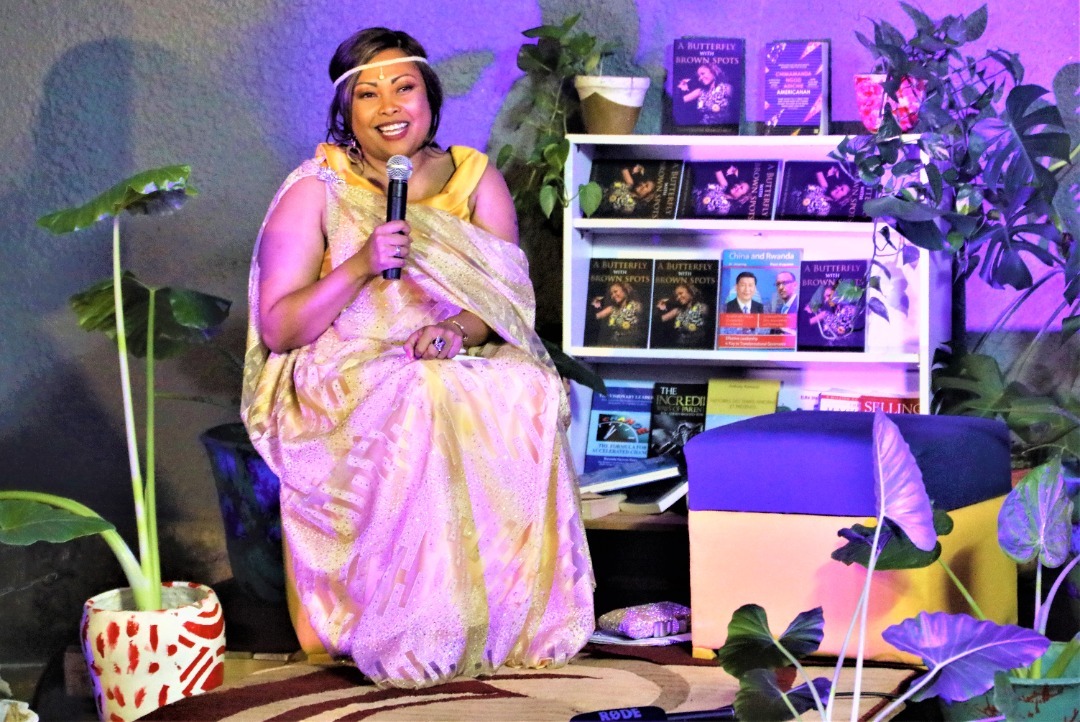 Though she didn’t realize it as a child, being born as an African Japanese, was the beginning of another long teenage and later adult life of persecution, segregation and verbal assault for how or who she was. Among Tanzanians she says that she swallowed one abuse to another.

“They saw me as a half caste, who is supposed to be rich but ended up on the streets and they used to call me a street dog,” Honda explains her ordeal as a child.

She was not the only victim of abuse and social stigma. She says her mother at some point got so sick and Tanzanians started talking behind her back saying that she was suffering from HIV/Aid.

At the time (in the 80s) HIV was a new virus with no medication and lots of social stigma 80s.

“People literally spat at us” Honda says, “So by writing this book I want people to know that my mother was strong to raise the woman I am now and even if she was not able to see it, this is a chance to tell her she was a woman of dignity.

With all these struggles Honda and her family tried to return to Rwanda but the country was in turmoil and there were several ethnic driven attacks on families, so they returned to Tanzania where she got a chance to travel to Japan with her dad.

Though the plane trip was thrilling, frightening and the first one in her life, Honda didn’t know that she was walking into another journey of abuse, discrimination and social injustice because of her looks- compared to Japanese.

She knew only Swahili by then and Honda recalls how the plane jetted off leaving her with wet pants, while her father seemed not bothered and in his own world, calm and comfortable with the trip.

To cut the long story short, she landed in Tokyo, Japan giving her another new life of lights, bullet trains and everything being new to her. 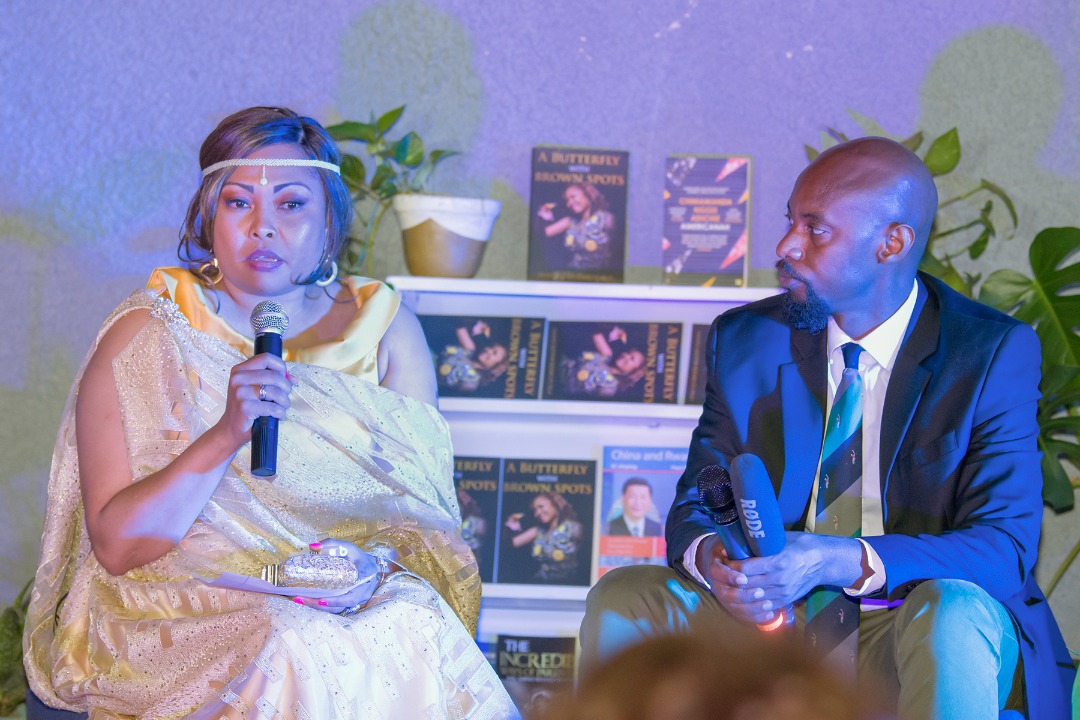 Though she was thrilled about life in Japan, it had landed her into social discrimination.

“When people looked at my eyes, nose and skin they called me a monkey. Some of them even touched my skin to feel it,” Honda narrates.

To her advantage, she had one or two consolations- that she was taller than Japanese and bigger eyes and a big bum, while most were the opposite.

Educated and ready to move on in life by going to the USA, Honda thought that in America she, as a practicing nurse in Maryland USA, would fit in and escape her long life persecution of her race and identity, but it was a misconception.

“I thought it was the land of the free and the so called American Dream where I could find refugee but this didn’t work out. The country has its own racial issues and I was referred to a colored person,” Honda says, “when it comes to the bums I was even nothing compared to what I was in Japan,”

This duress and long history of not being able to fit in her skin, Honda says created a heavy burden in her heart that she couldn’t rest in life until she did something about it- which marked her initial journey to truly find where she, her mother and ten other siblings come from.

Though most of her siblings had died and got lost in the process of moving from one place to another, Honda started tracing her Rwanda roots with help of friends, a process that come out with luck to find there was one cousin brother who totally looks different from her- dark skinned while she is white. 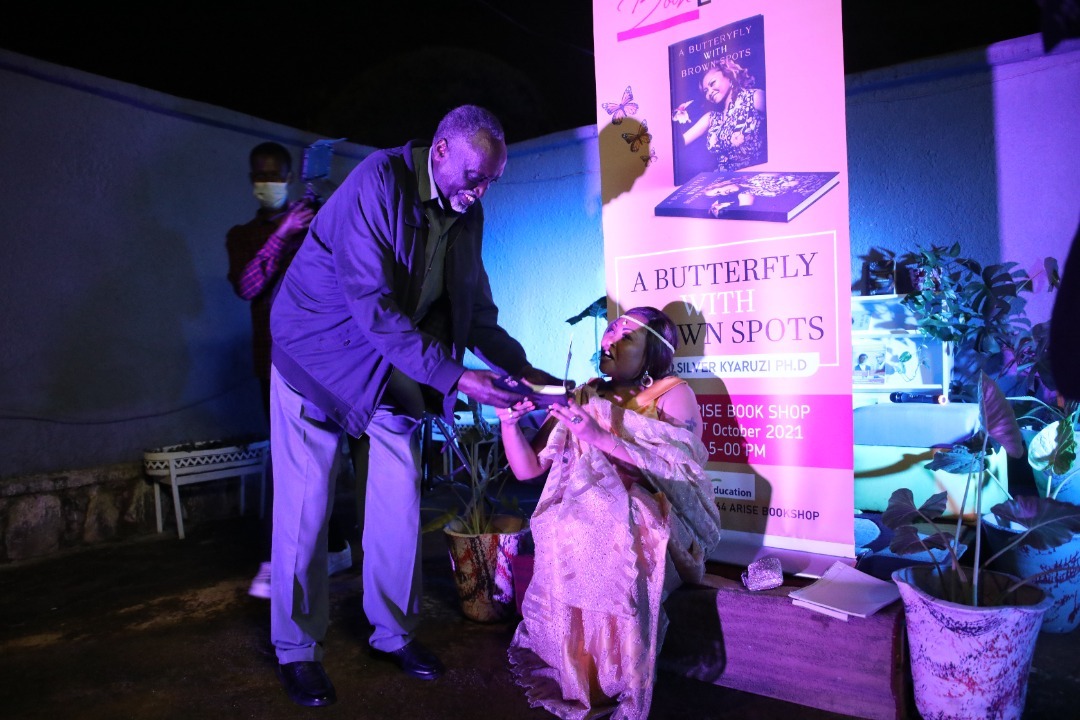 “In 2015 I decided to come to Rwanda as an adult, and the moment I landed I just kissed the ground not worrying about the immigration clearance or whatsoever. I was so excited and at that moment I felt the heavy burden come off my heart.”

From that moment, Honda has never looked back to the life in Tanzania, Japan, or USA and she plans on bringing her children to Rwanda, get a Rwandan national identity card after a next of kin-DNA test (done on her and cousin) and start a new life in Rwanda.

Getting an ID in Rwanda will also come with her plan to learn Kinyarwanda (adding on her language package of English, Japanese and Swahili), getting a new Rwandan name- Mugabekazi- a name she was given by her Rwandan friends and family to mean power and strength.

In an interview this weekend, Honda said that as a nurse she is open to many possibilities but possibly help other Rwandans who suffer from mental health issues emanating from various reasons including identity crisis and genocide related trauma.

The story of Honda resonates with many Rwandans considering the history of the country which ended up in the 1994 genocide against Tutsi, where many returnees born outside the country have had an identity crisis even while back in the country.

“Her story may not be exactly the same as many of us but certainly resonates with many Rwandans as it will help Rwandans to realize the essence of being a Rwandan. One cannot hide away from being a Rwandan no matter where you are it will always be our identity,” Rutaremara said. 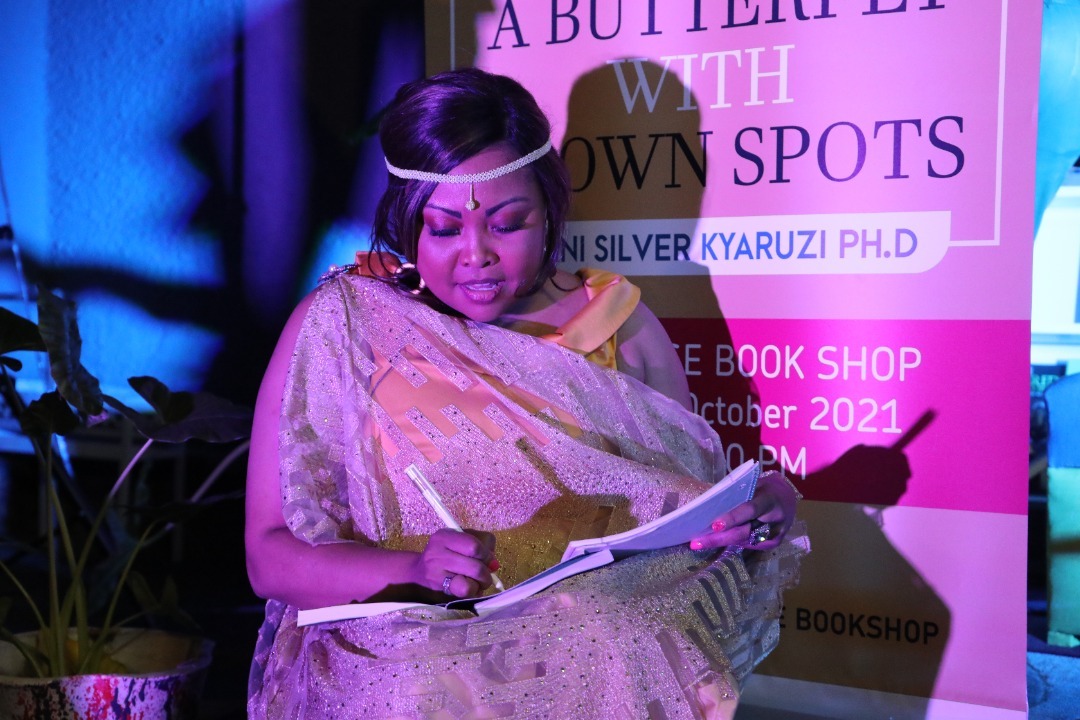 The seasoned policitian said that the next challenge for Rwandans is to read the book so that they can pick out many lessons however the book is currently in limited copies and can be accessed online on Amazon US market only, which means that for one to read it now they have to have the U.S access.

The shift from analogue to digital books is the a challenge that will be determined by how quick we adapt to online reading. Most of us are old fashioned and this shift has to be determined by the youth because in a few years everything will be done with artificial intelligence where you can even know what part of the book you read just at a finger flip,” Rutaremara said.

To ensure Rwandans can read the ‘butterfly with brown spots’, Honda said that she will work with the publisher to have copies sent to Rwanda as soon as possible.

Honda’s story of her inner battle in three areas- Identity, Color and Race; as a Japanese African remains an open chapter that many Rwandans can use to be inspired with their country’s beauty and heritage that identifies them whereever they are.