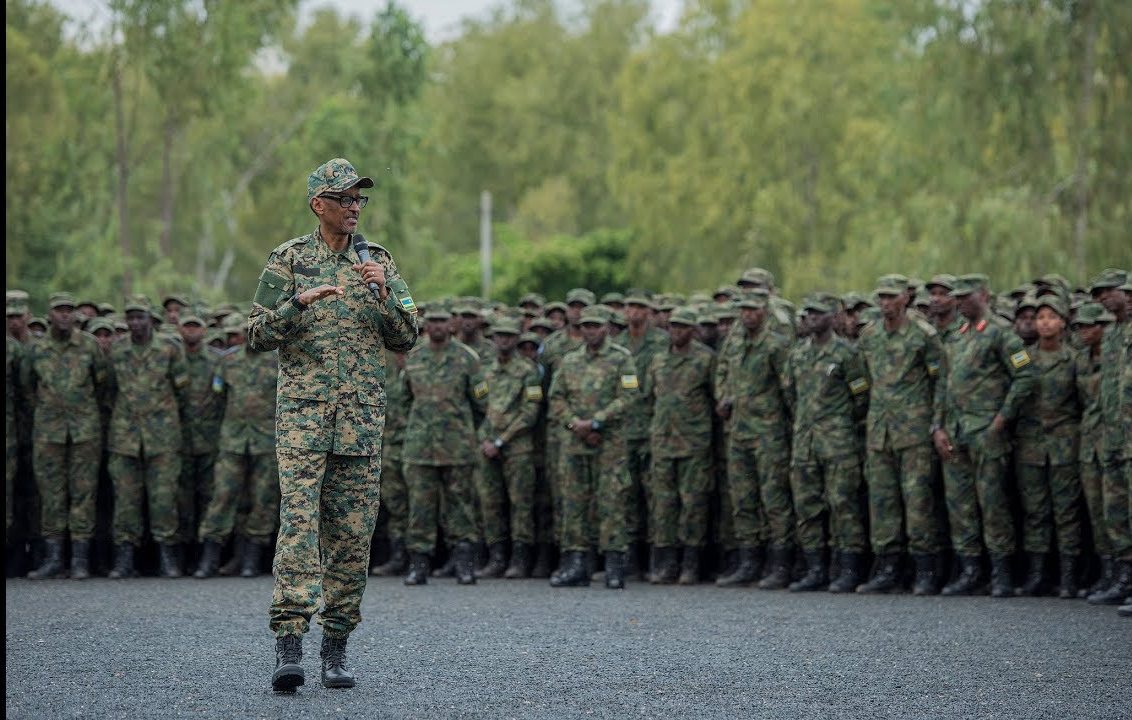 President Kagame and Commander-in-Chief of RDF on Thursday made new promotions within the ranks of RDF.

President Paul Kagame in his power as Commander-in-Chief of Rwanda Defence Force (RDF) has made promotions of senior officers in the military ranks and made new appointments, including two Colonels sent on diplomatic missions.

According to an RDF communique released on September 29, 2022, two Lieutenant Colonel have been promoted to Colonel and appointed attachés to two countries.

In other appointments, Brigadier General John Baptist Ngiruwonsanga has been appointed Head Peace Support, or PSO at RDF headquarters.

“The promotions and appointments to take immediate effect,” according to the RDF communique.

It is the second promotion President Kagame has made in RDF ranks in a week’s time, following the promotion of Lt. Gen Innocent Kabandana from the rank of Major General, after completing his tour of duty in Mozambique.