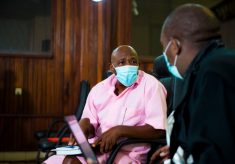 A minister of justice who combines ministerial responsibilities with those of Attorney-General, is interviewed on a current affairs programme about what has become a high profile case. Interviewees rarely come more heavy weight. Any viewer is entitled to expect to be well informed by the time the interview ends. So how did Al Jazeera’s Upfront…
Read More
Special Reports
Tags: Rusesabagina
The Battle Of Adwa, African Victory In The Age Of Empire
March,09 2021 Vincent Gasana Comments(0) 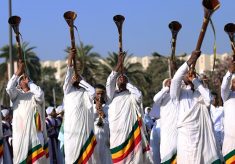 [caption id="attachment_63577" align="alignnone" width="1200"] Ethiopians attend a parade to mark the 123rd anniversary of the battle of Adwa 2019[/caption] The 1st of March is in many ways Independence Day for Ethiopia. It is the only occasion European colonial forces were decisively defeated by an African army, leaving Ethiopia, the only African country never to be…
Read More
Special Reports
Tags: Big-story