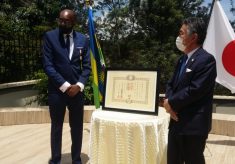 [caption id="attachment_65195" align="alignnone" width="1000"] Theogene Uwayo(L) and the Japanese ambassador to Rwanda Masahiro Imai[/caption] His Majesty Hiro-nomiya Naruhito, the Emperor of Japan, has awarded Theogene Uwayo ‘the order of the rising sun Gold and silver ray medal’. This appreciation award is given to people/organizations for lifetime achievement and a commitment to excellence through contributing to…
Read More
Sports
Tags: Latestnews
EdTech Partners Address Technology Challenges
April,27 2021 Williams Buningwire Comments(0) 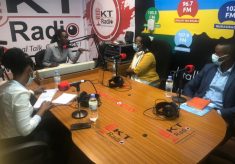 Partners in EdTech Monday have shared their commitment to make technology available and accessible to everyone to insure continuation of learning regardless of challenges that can require closure of schools.   EdTech Monday Rwanda is a Mastercard Foundation and ICT Chamber initiative that aims to spark the EdTech Ecosystem in Rwanda. The initiative brings together EdTech…
Read More
Technology
Tags: Education, Latestnews
Rwanda: Malaria Deaths On The Decline
April,27 2021 Williams Buningwire Comments(0) 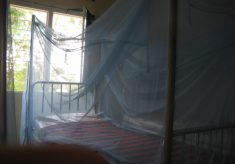 [caption id="attachment_65168" align="alignnone" width="640"] Bednets made in Rwanda[/caption] In Rwanda progress to fight malaria has been steady since 1994, but the ministry of health says that more people continue to die of the preventable disease, with 148 people reportedly died last year. According to the ministry of health, the number of malaria deaths from 2016…
Read More
National
Tags: Latestnews, Malaria
Ed Tech Mondays Brings Debate Around Technology and Access To Quality Education
April,25 2021 Williams Buningwire Comments(0) 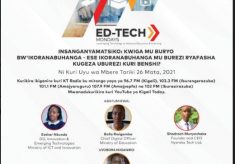 The EdTech initiative owned by Mastercard Foundation and ICT Chamber is back, this time with the discussion focusing on ‘how technology can expand access to education’ across the country. With the aim of sparking the EdTech Ecosystem in Rwanda, EdTech initiative discussions take place on KT Radio every last Monday of the month at 6PM.  This…
Read More
International
Tags: Latestnews, Mastercard
Rwanda Gets More Experts for Its Continental Air Quality and Climate Laboratory
April,22 2021 Williams Buningwire Comments(0) 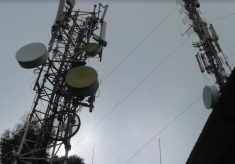 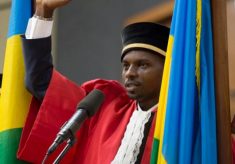 [caption id="attachment_65015" align="alignnone" width="530"] Justice Aimee Muyoboke Karimunda[/caption] President Paul Kagame has appointed François Regis  Rukundakuvuga as the president of the Court of Appeal and Clotilde Mukamurera as the president of the Commercial High Court. Also appointed this Thursday is Dr. Aime Muyoboke Kalimunda as a Judge in the Supreme Court.  Rukundakuvuga replaces Dr. Kalimunda…
Read More
National
Tags: Judiciary, Latestnews
Massacre at Ndera Hospital: Not Even the Vulnerable Were to Be Spared
April,18 2021 Williams Buningwire Comments(0) 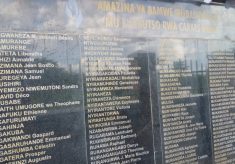 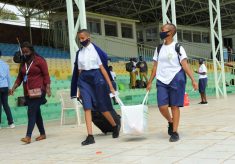 The third term of the most difficult academic year in Rwanda’s calendar is scheduled to start next week, April 19, 2021. After celebration of Easter and commemoration of the 1994 Genocide against Tutsi with their families the students will on Monday resume the courses which involved several interruptions here every now and then due to…
Read More
National
Tags: Education
Min. Gatabazi Gives His Personal Phone Number To Nyaruguru Residents To Share Any Information that Matters
April,06 2021 Williams Buningwire Comments(0) 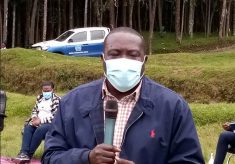 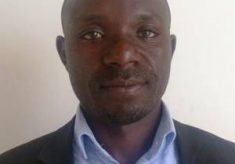 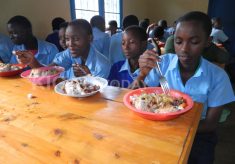 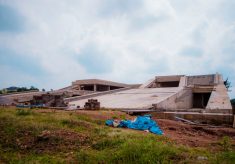 [caption id="attachment_64446" align="alignnone" width="1080"] UR School of Mining and Geology(Left - under construction) and the School of Architecture and Built Environment(Right)[/caption] The University of Rwanda(UR) has scheduled the inauguration of state-of-the-art student accommodation located in former Camp Kigali for May this year. The four-floor accommodation in two blocks will host 920 students and it includes…
Read More
National
Tags: Education, UR