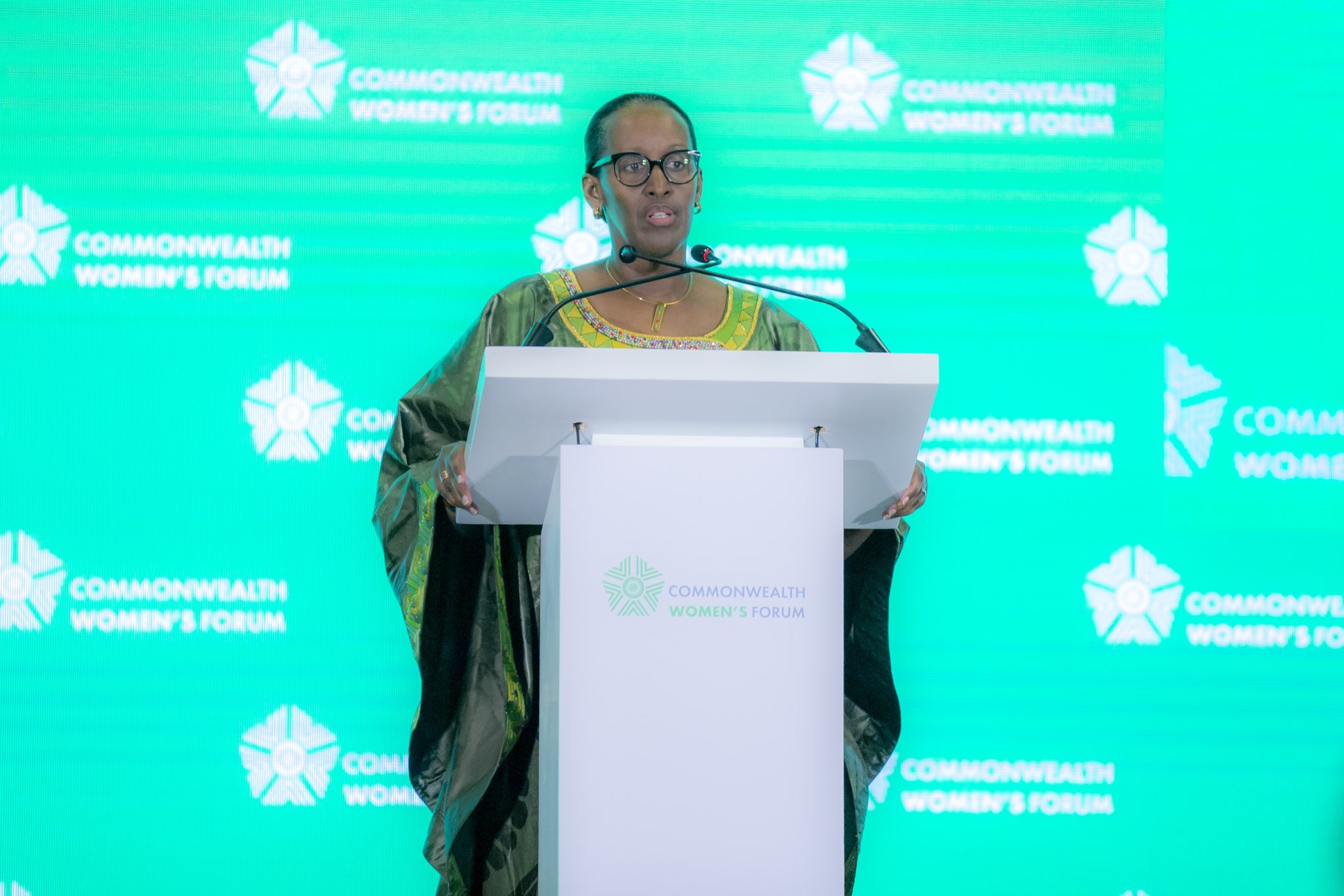 The First Lady of Rwanda Jeannette Kagame has said that the Women forum at the Commonwealth Heads of Government Meeting(CHOGM) 2022 will be a turning point in solving women’s pressing issues.

The First Lady spoke at the opening session that was held at Kigali Serena Hotel where women, accompanied by men, shared their commitment to help women and girls leave behind challenges that affected them since time immemorial.

In the room of five star Serena Hotel which was full to capacity, women were all confident that time has come for them to stand up and shine in leadership roles, economic empowerment.

On top of these, the First Lady who shares with them the same confidence also believes that the women are now able to do their part  to  mitigate  the  adverse  effects  of climate change, especially on women and girls.

The First Lady is aware of existing challenges that face women, including in leadership, economic empowerment, gender and climate change and violence against women.

To these have now added the crisis brought by Ukraine-Russia war, COVID-19, inflation, disruption of trade, the rising debts among others, which came to worsen gender gap.

“From  the  disproportionate  impact,  of  climate  change  on  women  and men in the global south, to the predominantly female online bullying, sexual  exploitation,   and   violence   across   the   world,   it   seems   that obstacles to equality have multiplied, mutated and evolved,” she said.

The First Lady however, is aware that most of these challenges were even discussed during the 2018 women forum at CHOGM -UK where participants called for greater investments to address them.

She thus said, that it is now imperative to take serious action at a time where there is only a decade to  go,  to  achieve  the  SDGs.

The good news as for the First Lady is that young woman, particularly in tech  and  innovation,  may  just  be  that  game changer  that  is  needed, provided  that  the  nurturing  environment,  resources  and  support  is available.

The First Lady spoke about Rwanda, the country that is hosting CHOGM in regard to women challenges, from a dark past greater light.

“It was a country with  the  pain  of  fragmented families   and   wounded,   traumatized   women,” she said adding that Rwandan liberators saved the country with a gender-sensitive    strategy    to    healing,    that centered around the wellness, prosperity, and empowerment of girls, women and entire families.

The First Lady indicates that Rwanda is now a country that considers  peace  and  security,  a  condition  sine  qua non,  for the  attainment  of  sustainable  development.

“The  role  of  women  and girls  must  shift,  from  victims  of  conflict,  to  frontline  defenders  of lasting peace, within and between nations,” the First Lady said.