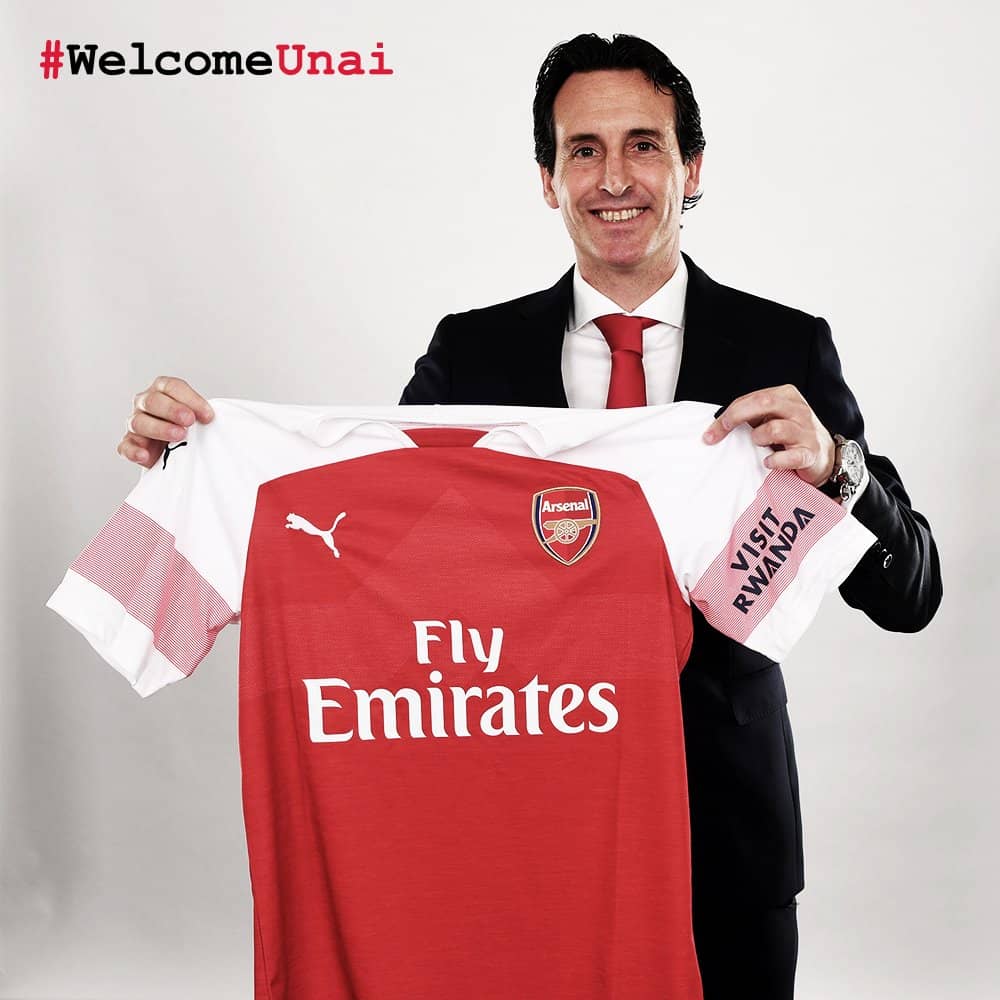 Rwanda’s Minister of State in the Ministry of Foreign Affairs, Cooperation and East African Community Olivier Nduhungirehe has blasted criticism by Dutch MPs over the country’s recent sponsorship deal with Arsenal football club.

De Telegraaf – the biggest Dutch newspaper published a story quoting Dutch members of Parliament and politicians calling for their country to revisit its aid to Rwanda as a punishment for the country that signed a deal with Arsenal.

MP Joël Voordewind was quoted as saying he is outraged “that a country where we provide solid financial assistance has now spent as much as 34 million euro shirt sponsorship.”

State Minister Nduhungirehe, responded to the story in a tweet; “Dear MPs from The Netherlands. This is NONE of your business. Rwanda uses revenues from National Parks to promote investment and tourism, aiming self-reliance. The day @AFCAjax or @Feyenoord int get a similar popularity worldwide like @Arsenal, then we will talk business!”

According to ‘Visit Rwanda’ a subsidiary agency of Rwanda Development Board, last year, tourism proceeds worth $1.28 million were distributed to communities around Rwanda’s three national parks to build schools, clinics and housing for vulnerable members of the community.

Commenting on the criticism, Rwanda Development Boad Chief Executive Officer Clare Akamanzi said: “Anyone who criticizes our deal with Arsenal on account of Rwanda being poor or an aid recipient, either wishes for Rwanda to be perpetually so, or doesn’t understand that in any business, marketing costs are a key component of a company’s expenditures,” she said in a tweet.

“The Rwanda Development Board generates revenues from sale of tourism products, from which it uses a portion to market its products for further growth. The arsenal deal falls within this arrangement, just like our tourism exhibitions, sales consultancies etc,” she added. 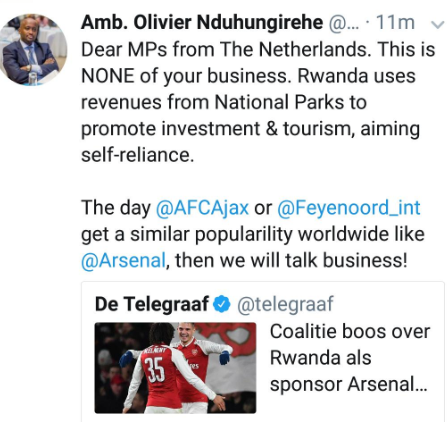 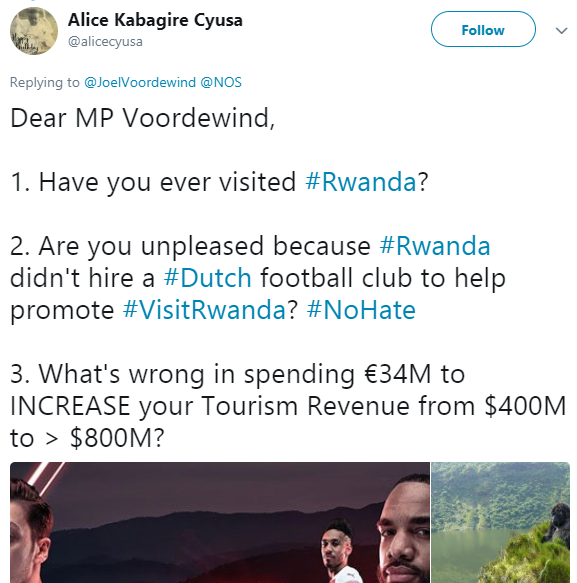 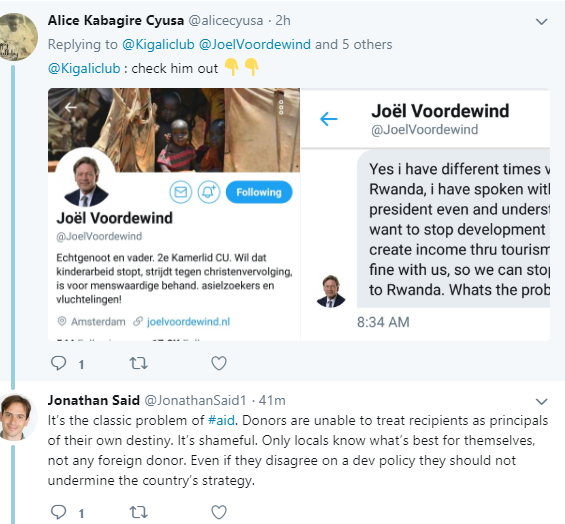 Well said …by Hon. OLIVIER, the day the dutch teams get popular then Rwanda will get to business talk. It should be noted that the spirit of colonialism still dwells in the serpent of donor aid, and truth be told it doesn’t wish well for any African state that tries to do away with colonial clutches. East African in particular Rwanda has learnt to make choices for self sustainable and development and the entire world should better be at terms with it.

Rwanda will not always depend on aid
We are heading some where and we will get there .
It is a place where getting aid from donars will be history
We are a promising organization we people in Rwanda and we have the best CEO in the world his Excellence Paul kagame let the Dutch people know this . We shall not be ready for conditional aid but we can get loans and pay back we have the best in the world CEO who forecasts well we will never make loss .

Arsenals deal of three years has become an issue in the region….i want to say..if your developing anything your up for a challenge and u only want to think positive. Rwanda we are up for challenge. We are seeds that germinated and we will have more seeds tht needs irrigations to sustain proper growth. Call a spoon spoon not a spade…stop critisizing and accept Change.

Encouraging self reliance of Rwandan People is the synonym of their respect. Please, let Rwandans find out themselves the way of to reduce the poverty.