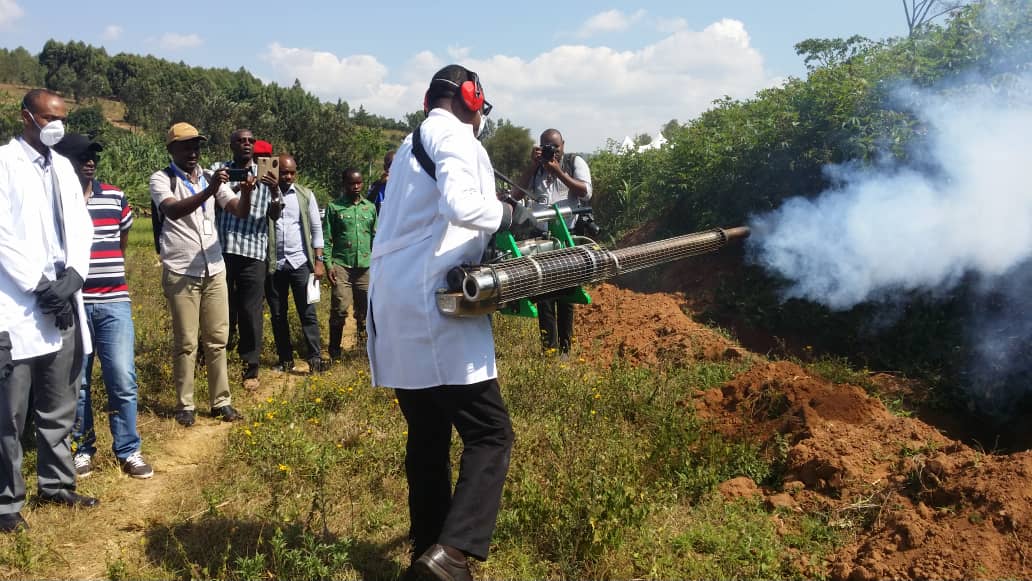 Rwanda has started a new integrated campaign to fight malaria by killing mosquitoes from their habitat and through their trajectory to homes.

On top of existing mechanisms of fighting against Malaria like insecticide, treated nets and clearing the bush around households, marshlands are the next target.

On Thursday, in Kimanama marshland, Musambira sector of Kamonyi district, the partners launched a national program of spraying chemicals that kill mosquitoes in the marshland, and smoke that kills those that manage to escape to the hills.

“This is a great opportunity that we are given by the government we think by implementing all the mechanisms of fighting malaria including spraying, fog smoke, and planting these trees we help on eradicating malaria,” Alice Kayitesi, the Kamonyi district Mayor said. 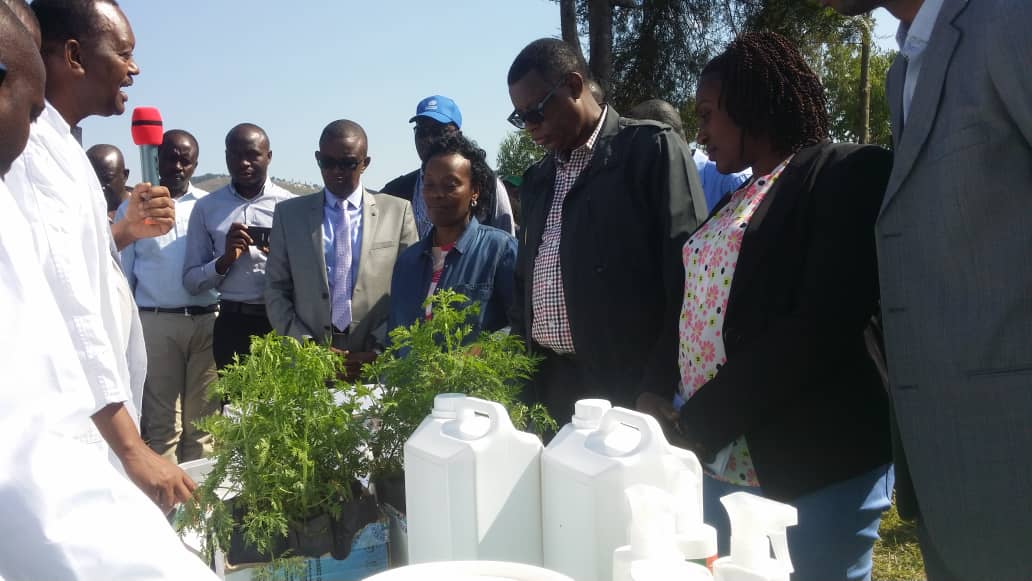 The Mayor said, Kamonyi is among the 10 districts in the country where over 1000 patients report at district hospitals every day.

“We cannot have development in tourism and other sectors when Malaria is still a challenge in Rwanda. Fighting malaria needs joint efforts,” General James Kabarebe, Minister of Defense said at the launch.

Sopyrwa, a society run by Horizon company will provide needed chemicals for this campaign which will start with five districts of the country that are most malaria prone – Kamonyi, Gasabo, Nyarugenge, Kicukiro and Gatsibo.

The spray will take place every two years.

On top of spraying, a new mechanism that will completely keep mosquitoes away is the planting of mosquito repellant trees.

Artemisia and Geranium trees have a smell that mosquitoes cannot resist, thus keeping them away. 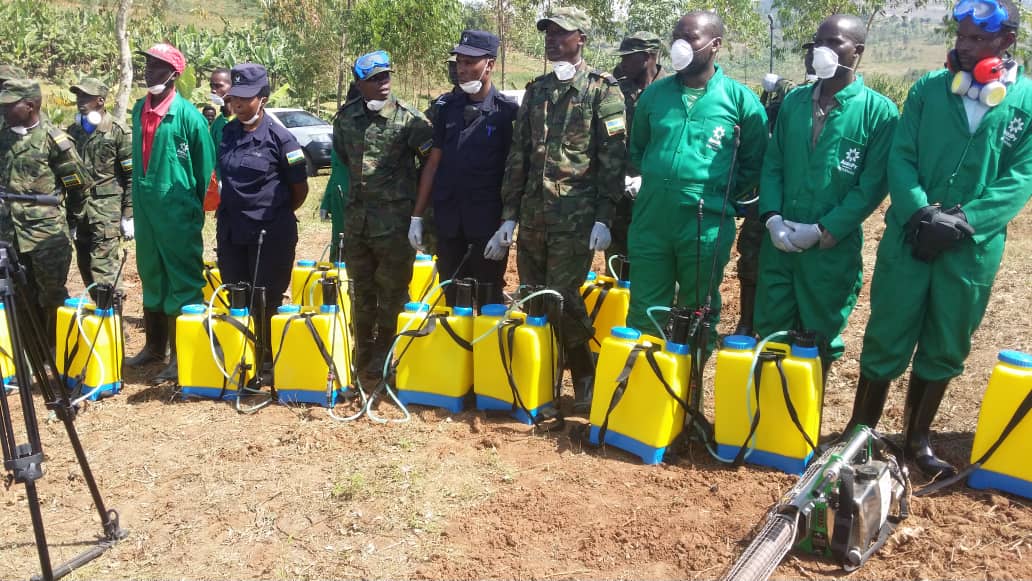 “This is a great opportunity that we are given. Implementing all the mechanisms of fighting malaria including spraying, fog smoke, and planting these trees is a path to malaria eradication,” Mayor Kayitesi said.

According to RAB officials, the malaria repellant trees take six months to mature. The government is partnering with farmers who are multiplying them so that every household can have them.

Health officials said, that the trees were used in Israel and they are efficient.

Meanwhile, the new mechanism is not coming to replace the existing methods of fight against malaria.

25 Entrepreneurs to Benefit from BK’s Urumuri