The umbrella association of Genocide against the Tutsi survivors Ibuka is calling for more funding and attention on mental health challenges which they say continue to affects thousands in the country 26 years on.

According to Ibuka, the journey to healing from wounds of the 1994 Genocide against Tutsi is a long process that will take a long time, if not decades, and requires more government support towards mental health care.

Prof. Jean Pierre Dusingizemungu, the IBUKA president said though there are some people who have, after the past 26 years, started and expressed signs of giving up on concerns of problems faced by survivors, this should not be the case for survivors to consider in their journey of resilience.

Dusingizemungu noted that some people wish the Survivors Fund (FARG) to be scrapped off, arguing that 26 years after the genocide, survivors have become resilient and self-sustaining.

He however emphasized that the institution which is charged with the welfare of survivors remains a vital institution since there are still many problems faced by survivors, some of which come from mental health and socio-economic issues.

“Resilience is a process not a permanent state in life, thus a need for each survivor to continue improving the level of resilience each day,” Dusingizemungu said Sunday during a virtual discussion with focused on mental health among genocide survivors.

To achieve this resilience, Dusingizemungu recognized efforts by the government to restore hope and rebuild the lives of survivors through keeping memory, justice, unity and reconciliation and social support but called for more funding in the area of mental health support- as an area which is demanding.

“We need more support in mental health funding budget in the ministry of health especially that the World Health Organisation recommends at least 5% of national budgets should be set aside for mental health,” Dusingizemungu said.

Findings from the Rwanda mental health survey 2018 revealed a picture of increased prevalence of different mental disorders in both general population and Genocide survivors. 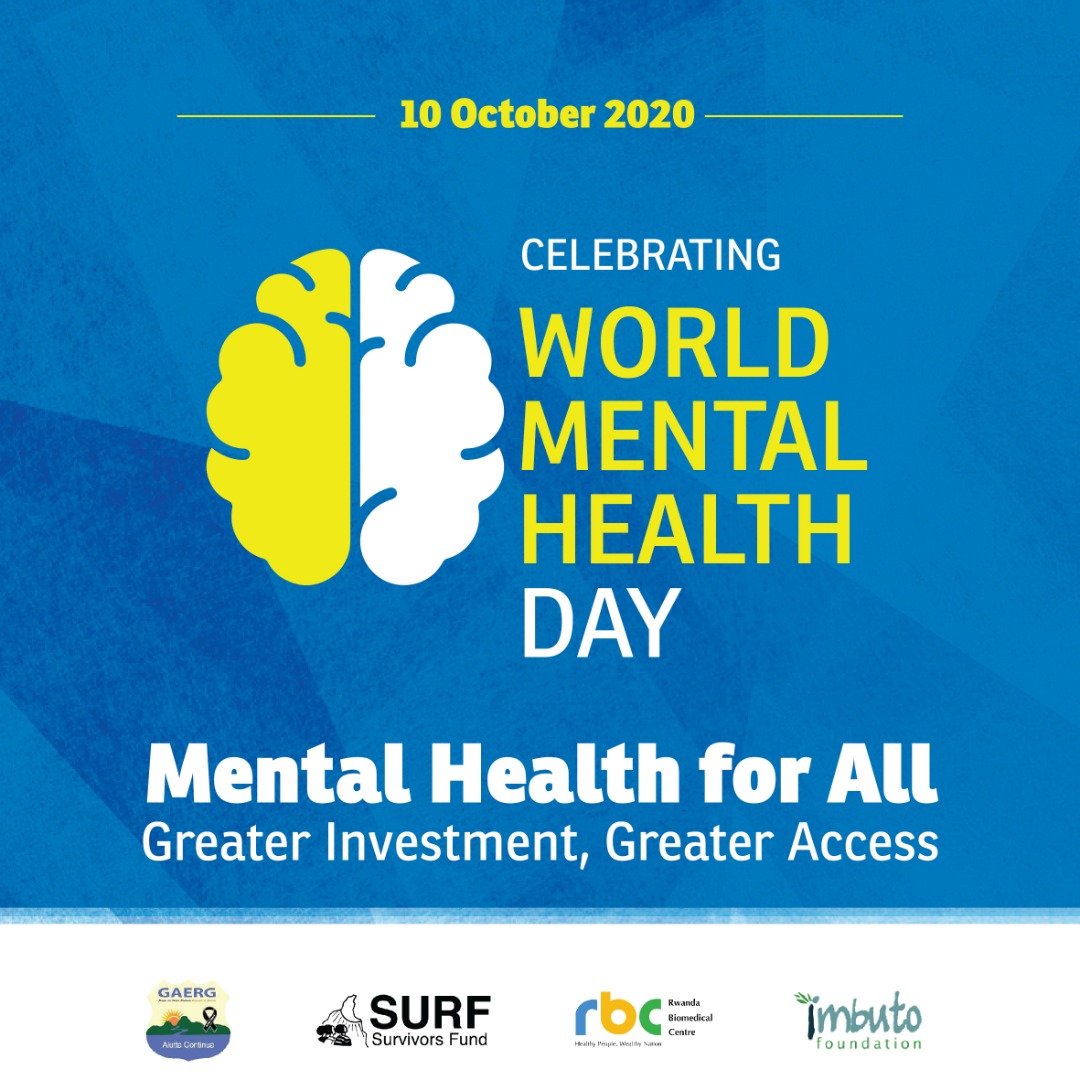 Other mental disorders such as panic and obsessive-compulsive disorder present considerable figures as well, while alcohol use disorder is 1.6% and 4% in general population and Genocide survivors respectively.

Substance use disorder is 0.3% in the general population and 1.1% among Genocide survivors who were interviewed.”

To put the figures in perspective, Dusingizemungu said that there is a need to deploy Specialists in mental health at all community levels just like other areas of civil services provided by the local government.

Dusingizemungu said that these specialists should be availed in all sectors just as we have agronoms and vets in sectors but also ensure they are trained in mental health in the Rwandan context of genocide, language lubrics, culture and communication needs.

“Whoever provides this support must know the context, who the genocide survivor is and history but also language used and well trained in listening,” he said.

Dusingizemungu also insisted on the role of families and group efforts in supporting genocide survivors with mental health care as vital in this journey.

However, Pastor Hortense Mpazimpaka, one of the guest speakers said that in the local community and cultural perception of mental health care lies the biggest problem that contributes to stigma for persons involved.

In order for change to happen, Mpazimpaka said treating trauma and mental health related disease should be seen just like any other disease.

“The tendency and cultural shame in seeking mental health care is still a problem and many still look at it as a shame. We now need to view it as something normal, especially for a country that went through such a bad history,” Mpazimpaka said.

She advised genocide survivors not to wait until when it is too late to seek counselling and fight this complex in society even among the religious and science fellows.

She also stated that staying in the past is not a process of healing but instead be used as something that enables one to move on in life.

“We should not be defined by events in 1994 but instead see it as something bad which happened and we need to look forward to what our loved ones wanted of us to be,” she said.

However some genocide survivors expressed concerns over facing verbal attacks in April during the month of genocide commemoration, which has resulted to some wondering how long they should commemorate and others stopping taking part in commemoration activities.

The discussion was part of the World Mental Health Awareness Week, which was marked from October 4 to October 10, 2020.