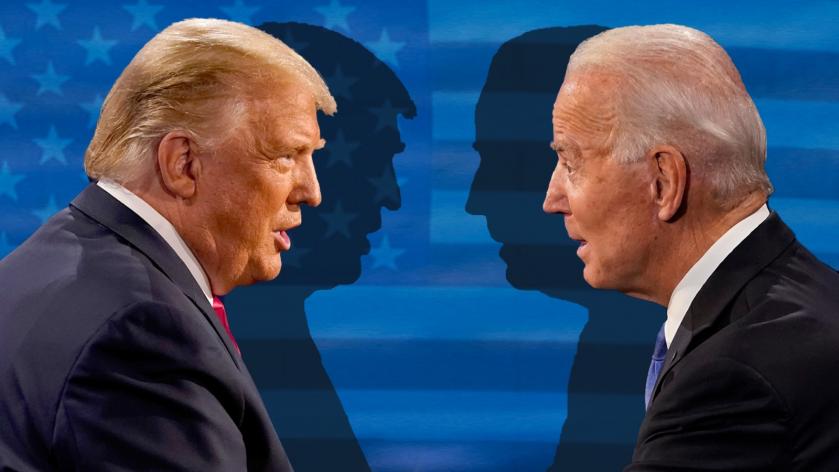 As much of the world’s attention is focused on America, waiting to learn who will occupy the House for the next four years, America’s eyes are on Pennsylvania.

As much as anywhere else, the results in state are eagerly awaited, because what the voters do there can determine not only their results, but the country as a whole.

Pennsylvania is hugely important for both candidates, but more so for President Trump. If as expected Biden wins the state, it will be difficult to see how Trump can still claim a win. A loss for Biden would be a significant blow, but not a knockout. There would still be other avenues for him to still win.

The results in the state however, are unlikely to be known before Friday, at the earliest.

The delay in counting is in part due to the Republican controlled legislature’s refusal to allow processing of mail ballots before election day.

And the “no excuse” mail in voting has contributed to an increase in absentee ballots by a factor of at least ten. The change in law to no excuse absentee voting means that any registered voter who submitted an absentee application, was entitled to one, without the need to give an explanation.

The state’s most populous city, Philadelphia is almost certainly bound to experience the longest delay.

As it has in so much else during this election, Covid-19 is having a say on the counting in Philadelphia. Not only did the electoral staff have to be trained to use new equipment, having to keep physical distancing is an added challenge.

As of yesterday, Biden had 253 Electoral College votes to President Trump’s 214.

This morning, the numbers have increased to 264 Electoral College Vote of Biden against 214 of Trump.

The vagaries of the American electoral system mean that a candidate can win the popular vote, and still lose the overall election, if he or she fails to win the right number of electoral votes. This is precisely what happened to Hillary Clinton in 2016, giving the Presidency to Donald Trump.

Should Biden take Pennsylvania, it would bring him within touching distance of the White House.

With both camps conscious of the importance of the state’s result, tensions are running high. Trump supporters have been accused of trying to provoke their Democratic rivals, by tearing down Biden posters, and other promotional materials.

The momentum however seems to be with the challenger, as Biden declares that he has “a good feeling about Pennsylvania.”

The President meanwhile continues to tweet claims of election fraud, although there has been no evidence of any misconduct.

Some of the President’s tweets have been censured by twitter, the company hiding his tweets behind the words, “some or all of the content shared in this tweet is disputed and might be misleading about an election, or other civic process.”

That process insists that all is going as it should, and advises patience to allow all votes to be counted, before any outcome is declared. Advice that so far, neither side is in a rush to follow.