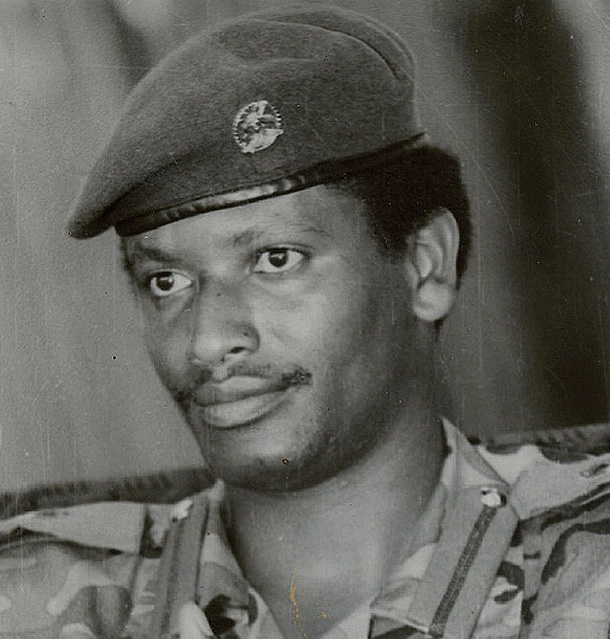 Last week, in a lengthy speech at the wedding of Gen Fred Rwigema’s daughter, Teta, President Kagame finally put the record straight when it comes to the two decade-old interference of the Ugandan authorities into Rwandan politics, and, particularly, how they have tried to use the late Rwigema and his family as a weapon against Rwanda. President Kagame said he had all along chosen silence because there were more important and pressing matters requiring attention, and one has to choose his battles wisely. However, at some point, one has to set the record straight because, after all, Rwigema is one of us and doesn’t belong to those who want to claim him.

One way the authorities in Uganda have tried to use Rwigema is by singling him out as the only Munyarwanda who is worthy of recognition in the liberation of Uganda. They claim that the contribution of Banyarwanda was minimal and insignificant “except for Rwigyema.” It is in bad taste to dismiss thousands of people who risked their lives, especially those who paid the ultimate sacrifice and fell in battle in Uganda, by dismissing their contributions in order to score cheap political points.

It’s even more distasteful considering that the instigators of these cheap political games never even cared about Rwigema when he was alive. As the NRA journalist, William Pike, writes in his memoir, “Combatants: A memoir of the Bush War and the Press in Uganda,” in 1981, when the army commander of the NRA, Gen Elly Tumwine, was shot in the eye at the launch of the war in Kabamba, the command of the rebels was taken over by Gen Rwigema. Tumwine remained in sick bay until 1983 when he was taken to Nairobi for treatment where he remained until January 1986 when the NRA captured power. During that time, Rwigema commanded the war in the most difficult of times. His heroics and those of thousands of Banyarwanda are directly responsible for the liberation of Uganda considering that, for much of this period, Museveni was in Sweden with his wife and children.

But they credit Rwigema in death and not when he was alive. For instance, after winning them the war they reappointed Tumwine, who for much of the war was in Nairobi, as army Commander, while overlooking the man who had won them the war. Even in 1987 when Tumwine was replaced with Salim Saleh, Rwigema was overlooked for the second time. Imagine a deputy army commander they claim to have loved so much that they bypassed him with someone who had deserted the battlefront and then by his subordinate.

One has to keep in mind the ethnic politics underlying Museveni’s actions (then and now) to understand the motives behind the decision to overlook Rwigema’s heroics. For instance, Bahima officers like Salim Saleh, Pecos Kutesa and others had sworn never to salute Rwigema, who was their superior, a grave violation in the army that was allowed just because the victim was a Munyarwanda who they didn’t value as being worthy of respect even as he was their senior.

After denying Rwigema a position that he had earned, Museveni created a post called Overall Operations Commander (OOC) that had no force behind it and assigned it to Rwigema. In reality, Rwigema had no more oversight authority on operations than he had over those who had refused to salute him. The OCC position was simply an empty shell. Are these manoeuvres of a man who loved Rwigema?

They didn’t like Fred because, unlike others, he was open about being a Munyarwanda and didn’t accept their treatment of Banyarwanda as second-class members of the NRA. In fact, if they loved Rwigema at all they wouldn’t torture Banyarwanda.

When Rwigema was alive, they only used him and often deployed him and Banyarwanda in the hardest battles that they feared to send their own. Only in death have they learned to “love” him and attempted to deceive his family into believing that they have always loved him.

But how can you love Rwigema’s family when you never loved Rwigema himself? The authorities in Uganda are confusing their exploitation of Rwigema for loving him. But who have they ever loved since those who have mistaken themselves to be loved by the authorities in Kampala have often had to contend with the harsh reality once their usefulness has served its purpose.

Rwigema fits perfectly in this shameless behavior of theirs. As a result, they have been crying over him more than the bereaved Rwandans who will always remember his contributions and protect his family.