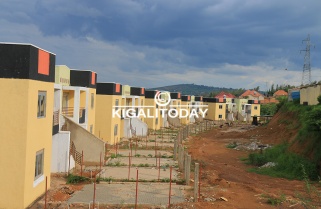 So hold your cheque book - here are the actual housing projects with all details you may need:

Location: Kinyinya-Gasabo
Number: 300 houses
Description: Ground and 1 floor with three bedrooms.
Price: 17.5 million-45 million
What you need to know: 220 houses completed and 80 others are under construction. The leader of the cooperative Jean Nsabimana said during "Meet The President" event with the private sector on December 5, 2016, that they would construct  affordable houses as less as Rwf 12M.