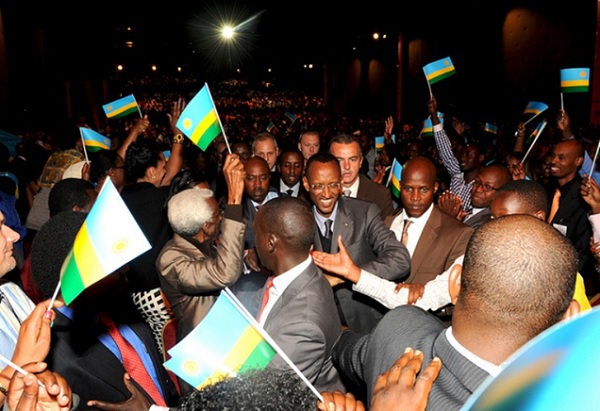 All roads are headed to The Netherlands as Rwandan Diaspora in Europe arrive for what has become known as ‘Rwanda Day.’ President Paul Kagame will be the biggest guest in town.

From October 3rd to 4th, Kagame will be meeting more than 4,000 Rwandans in Diaspora and friends of Rwanda, living in the Netherlands and around Europe to celebrate the country’s progress.

High on the agenda will be discussions on how the Diaspora takes part in the country’s rapid social-economic transformation.

The event, the 11th organized since 2011, is considered as a suitable platform for the government and Rwandans in Diaspora to interact.

Joel Ndoli Pierre, Director of the Office of the Government Spokesperson, said since Rwanda Day began, more than 33,000 Rwandans in Diaspora have been mobilized to take part in nation building.

Thousands of Rwandans who attended previous events, especially those living in North America, got to know about investment opportunities in their country and many have since made substantial investments back home.

With an audio-visual exhibition showcasing Rwanda’s journey, participants are taken through an in depth understanding of the steps that continue to shape the country.

Rwanda’s Ambassador to the Netherlands, Jean Pierre Karabaranga told KT Press: “The gathering serves as a time to reconnect with Rwanda’s history, learn about the Rwanda of today and be an integral part of defining Rwanda’s future.”

Meanwhile, there will be several items on the agenda.

The Rwandan Embassy in The Hague and Rwanda Development Board will organize, together with the Netherlands Africa Business Council, the Rwanda Business Matchmaking Event on Friday October 2, 2015.

The first counsellor to the embassy, Robert Kayinamura said the event will take place at the KIT in Amsterdam, which was founded in 1910 as the ‘Colonial Institute’ to study the tropics and to promote trade and industry.

Part of Kagame’s entourage, according to a communiqué from the Embassy, includes CEOs and other business representatives of 300 Rwandan companies who expressed special interest in meeting the Dutch private sector.

With 7.5% growth, and an economy that has expanded more than ten-fold in just 10 years, there will be a lot to celebrate.

Facts about Rwanda Day Dallas – May 2014

“Think big, think beyond yourself contribute to the wellbeing of your neighbour the same way he/she contributes to yours.” – President Paul Kagame

“We must ask ourselves what kind of Rwandan we want to be. We believe in being Rwandans defined by dignity in a safe and prosperous nation.” – President Paul Kagame
Facts about Rwanda Day London – May 2013

“Our history has taught us that we must be the solutions to our challenges and determine our destiny. What Africans should have in common is not the burden of dependency but the solution of self-reliance.” – President Paul Kagame
Facts about Rwanda Day Boston – September 2012

“It should be a source of pride that we are able to drive our development, that we belong to a country of dignified people, that we have a definite identity as Rwandans.” – President Paul Kagame
Facts about Rwanda Day Paris – September 2011

“Today’s Rwanda and tomorrow’s Rwanda is this Rwanda of equal opportunity that ensures that those less fortunate are not left behind but are part of our development”. – President Kagame
Facts about Rwanda Day Chicago – June 2011

“Our democracy, our quest for transformation provides us with the desire, the energy to give ourselves that dignity. When we give our citizens access to health, education, food security, tools of communications…there is no basis for any accusations. No one can teach us about the importance of human rights…we know it more than anyone.” – President Kagame

“As Rwandans, we have to believe in our own worth, and not expect to get this as a gift from someone else. People who do not value themselves cannot achieve development; we have seen this in the past in our country and on our continent,” – President Kagame