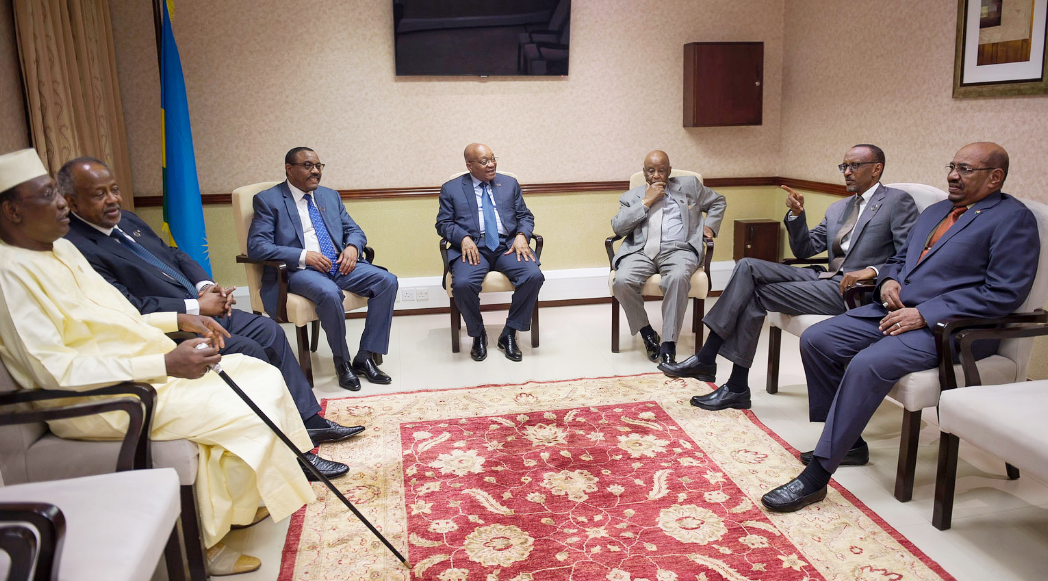 African Heads of States have approved a plan that will enable the continent fund African Union (AU) activities and avoid dependence on donors.

More than 30 African heads of state and government gathered at the 27th AU-Summit in Kigali-Rwanda, on Saturday approved Dr. Kaberuka’s formula in a closed door meeting.

The formula dubbed, 0.2 % levy on intermediary or sensitive imports will help to finance AU commission operations and then its programs at a tune of 100% and 75% respectively.

Currently, donors are funding AU operations and activities with a total 75% of its budget which was $ 447 million last year.

Peace keeping operations are financed by donors through United Nations system at up to 98% but AU has decided, they should fully fund peace operations.

At the start, countries committed to raise $ 1.2 million annually that will allow Africa to contribute 25% on peace keeping.

Claver Gatete, Rwanda’s Minister of Finance and Planning who attended the meeting said; “Heads of State agreed with this formula that worked in other organizations including; the West and Central African organizations respectively.”

“It is an easy formula which is applicable to every country since we all import intermediary goods,” Gatete said.

According to Gatete, intermediary or eligible goods are those sensitive goods that are essential to the life of citizens in a given country like fertilizers and medicines.

Effective 2017, this money will be disbursed through an AU account that will be opened at the central bank of each and every country after collection by revenue authority.  Heads of state will ensure the money is spent responsibly.

Member countries believe that Kaberuka’s formula will indeed solve issues that were hindering activities at AU.

“The main issue has been defaulting, and delays of countries to disburse the money and has been affecting the functions of AU,” said Gatete.

Previously, countries were contributing through a formula that took into consideration the GDP of every country.

“We were guided by principles of solidarity, equity of payment and assuring that no single country is left behind,” said Gatete.