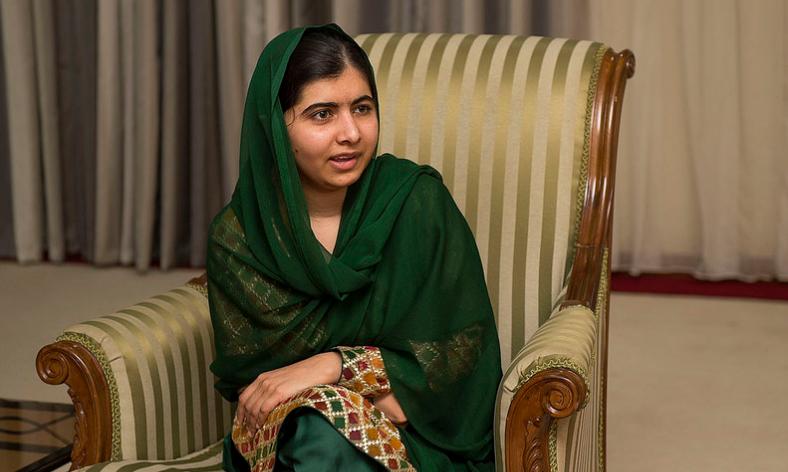 Rwanda’s First Lady Jeanette Kagame on Saturday joined fellow First ladies for the screening of  ‘He Named Me Malala’ film.

The First Ladies are attending the ongoing 27th African Union summit in Kigali where they will convene the General Assembly for their Organisation of African First Ladies (OAFL).

The film tells the story of Nobel laureate Yousafzai Malala’s family and the difficult journey they have made from their home in Pakistan to a new life in the United Kingdom.

Malala arrived in Kigali, Rwanda accompanied by her father Ziauddin Yousafzai and visited about 48,303 Burundian refugees at Mahama camp in remote Kirehe District about 270km from Kigali city. Her visit aimed at drawing attention to the global refugee crisis.

Her father is a school teacher who believed that girls, including his daughter have a right to education.

Before they fled Pakistan Ziauddin spoke out  against restrictions imposed by Taliban extremists and this earned him constant death threats, so many that he began to sleep in different places.

Inspired by her father, when Malala was just 11 years, she began blogging details of her experiences in the Swat Valley of Pakistan.

When she was on a school bus returning home, a gunman shot her in the head almost killing her. Her survival and recovery have been little short of miraculous.

Malala began to use the international attention she attracted to advocate for the cause of girls’ education worldwide.

‘He Named Me Malala’ is a film that celebrates both her dedication to this cause and gives the viewer insight into her motivation.

It begins with an animated portrayal of the teenage folk hero for whom Malala was named, Malalai of Maiwand, whose fearlessness and love of country turned the tide of battle for Afghan fighters.