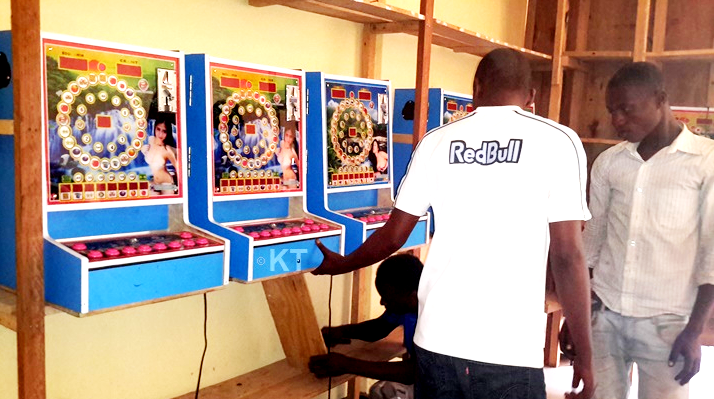 The government has temporarily suspended betting slot machines across the country owing to public discontent.

“This is to inform the general public that the use of these machines have been suspended temporally until ways how the machines are used are streamlined,” said Francois Kanimba,the Minister of Trade and Industry.

According to Minister Kanimba, the suspension comes after an investigation that found machines were being used contrary to the law governing gaming activities in the country.

The ministry which regulates the sector says it had received several complaints from the public in many districts which prompted an investigation into the use of the slot machines.

Several Youths had since turned to betting on slot machines. For every game, the player slots in a coin of Rwf100 and may by their luck earn more or lose.

In Huye district, a dozen of the machines were confiscated on Tuesday, July 26. They were placed in crowded places and in areas that are not gazetted.

Local leaders have been concerned this increased delinquency and idleness and children also had joined and it was feared, alarming school dropout would follow.

Critics claim that gaming on slot machines is not well defined because the player cannot be allowed to use their prediction and logic like in other gaming activities like sports betting.

“You are always on the mercy of the machine, and there is when the operators sets it and cannot provide a win so all players have to lose,” said Mugisha, a student at University of Rwanda, Huye campus who regularly plays the machines.

According to the law, the slot machines just like other betting activities must be operated in a designated place with clear guidelines on how to play.

The Gaming sector which came into lime light in 2004 was legalized in December 2011.

Although there are no specific numbers, it is estimated that over 8000 slot machines are rolled across the country going by Rwanda Gaming Corporation roll-out targets.

On Tuesday, a team from Minicom shut down slot machines in the districts of Huye and Gicumbi over breaking the laws.

“The machines were licensed to be operated within the city of Kigali, but the owners have taken them to other districts and that is contrary to the agreement,” an official who was part of the team said.

According to Rwanda Gaming Corporation statistics, the gaming sector recorded a turnover of Rwf2.5 billion and gave out Rwf 2billion to winners by end of 2011 and has continued to grow twofold by 2014.