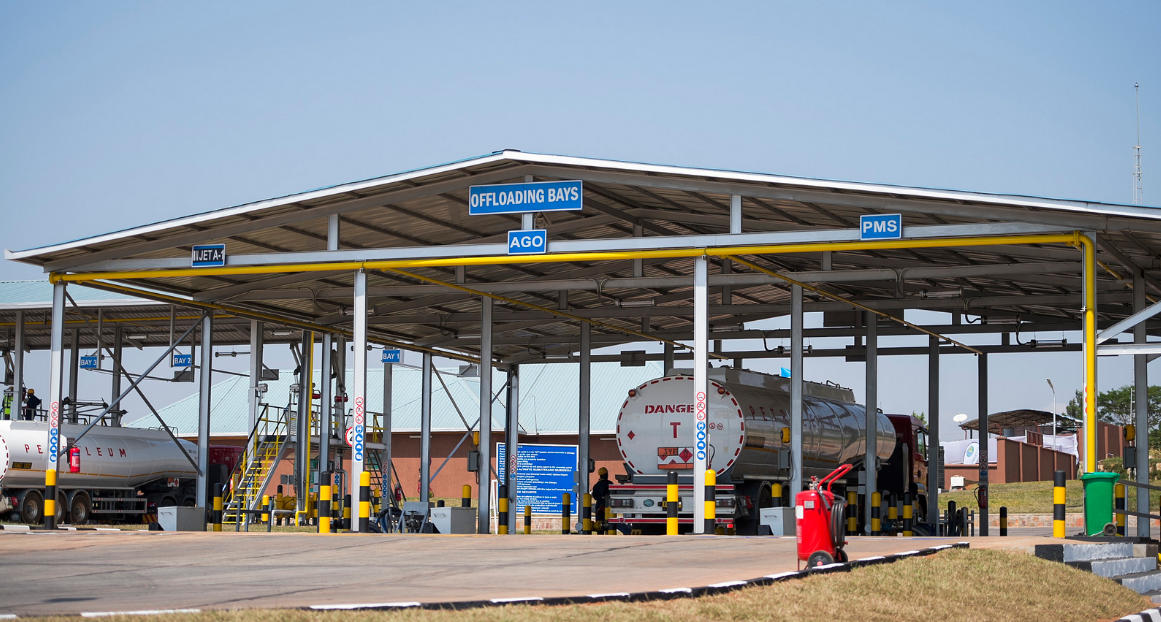 Fuel Tankers loading at a new Depot in Rwanda

Rwanda has been reaping big from re-exporting to its neighbour the Democratic Republic of Congo since the beginning of 2016.

According to statistics from the National Institute of Statistics, DRCongo accounted for 75.63 percent share of Rwanda’s total re-exports in the first quarter of 2016. Other destinations included Burundi, Kenya, Tanzania and France. All re-exports were valued at US$ 41.03 million.

Rwanda’s most re-exported commodities included; Motor Spirit (gasoline) premium ($ 8.94 million), followed by Gas oil ($ 5.01 million), Vegetable fats and oils and their fractions ($ 3.33 million), Semi-milled or wholly milled rice, whether or not polished or glazed ($ 2.90 million) and Broken Rice (US$ 2.41 million).

In June this year, Rwanda unveiled a $16 million fuel depot, its second biggest with storage capacity of 22 million litres. The depot will help Rwanda maintain re-export capabilities to neighbouring markets.

The Services sector is a dominant contributor with up to 46 percent of GDP while the agriculture sector contributed 33 percent of the GDP.

Last year the World Bank projected Rwanda’s economy would grow at a rate of growth rate of 7.6% in 2016 and that poverty rate would decline to 54% down from 63% in 2011 thus moving approximately one million people above the poverty rate.

Rwanda and Gabon Launch One area Network to Boost Trade