As more than 1000 delegates moved into a crucial negotiating phase for a global deal to curb dangerous HFC gases, President Paul Kagame told them the costs of failure would be unbearable.

Kagame said the responsibility to act lies not only with governments but also with scientists and the private sector.

“The faster we act, the lower the financial costs will be and the lighter the environmental burden on our children,” he said Thursday at the main ministerial session of the 28th Meeting of the Parties to the Montreal Protocol. The global talks have been ongoing all week and could culminate into a deal before close of business on Friday.

US Secretary of State John Kerry arrives in Kigali on Thursday afternoon to add his voice to the tough negotiations.  Delegates are hoping for deal that has been billed as the ‘biggest single measure to limit global warming’ – bigger than the COP12 Paris Agreement in December last year.

Even though they contribute only a small percentage of the world’s greenhouse gases, hydro-fluorocarbons or HFCs — which are potent greenhouse gases used in aerosols, refrigerants and air conditioning, do trap heat in the atmosphere at up to 1000 times more than carbondioxide, according to scientists.

Addressing the ministers, President Kagame said a lot still needs to be done.

“We should not allow ourselves to be satisfied with good progress, when it is within our power to actually solve the problem,” he said.

Kagame said there is a chance to make a major step in the fight to limit the effects of climate change on our environment and its population using the current expansion of prosperity and well-being of the global communities.

“My message to all of us today is a call to ambition: Let’s not only get it done, but do it well. It never hurts, to think big. Let’s come together, find good solutions to any remaining issues and make history,” Kagame said.

He said there are still vast gains to be made in the efficiency of appliances and doing so will significantly reduce harmful emissions up to perhaps another half a degree Celsius.

While inviting President Kagame to address the high level session, UN Environment chief Erik Solheim said the global community was happy to have Kagame commit his ‘political weight’ to have a historic ‘Kigali Protocol’.

Delegates attending the four day summit will approve the amendment of the ambitious Montreal Protocol as part of efforts to maximize energy efficiency and protect the climate. Despite the often acrimonious back and forth deal making, officials were already sounding optimistic for a “Kigali Protocal”.

Amending the Montreal Protocol could avoid up to 0.5 degrees Celsius of warming by the end of the century.

Parties have presented proposals to amend the Montreal Protocol to phase down greenhouse gases and use the proven flexibility, resources, and experience of this successful and fair international agreement.

Amendments of the protocol will also avoid another 100 to 200 billion tonnes of CO2 emissions in the near-term to 2050.

Morocco and Rwanda, along with ministers from Latin America, the Caribbean, North America, Europe and Africa, stood together during a recent meeting of the Climate & Clean Air Coalition in Vienna and formed a high level Friends of an Ambitious Amendment Coalition. 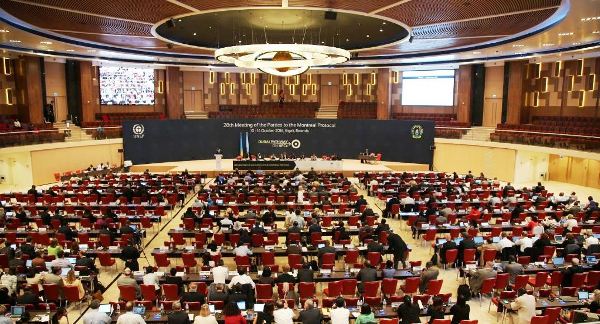 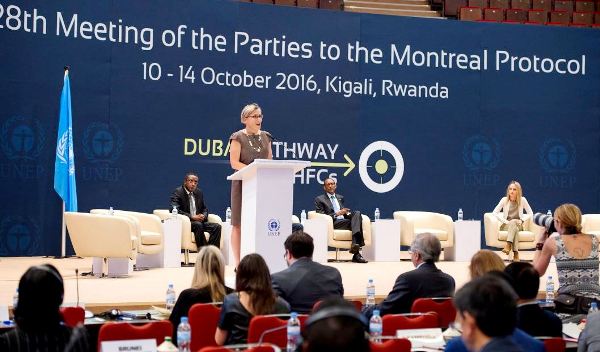