Rwanda’s First Lady Jeannette Kagame has told members of the Unity Club to  lead a fight in safeguarding the country’s unity and sovereignty for the benefit of current and future generations.

The First Lady was addressing members of the Unity Club Intwararumuri comprised of spouses of the country’s leaders. The organisation is celebrating its 20th anniversary.

“It is our responsibility to leave to our children a country where they will dwell without fear of constant displacements to escape from their own brothers killing them,” she said .

“We should aim at leaving behind a sovereign country, a country that is not a tool of ill intended people.”

The Rwanda the First Lady wishes all generations to inherit, is the one where citizens will “have freedom, serve proudly, and be eager to protect against wrongdoers.”

To reach there however, the First Lady said there is a cost to pay where all members including; parents and leaders should already  “safeguard tolerance among Rwandans and contribute to a common goal.”

They should also commit to defend choices and the achievements of the country’s Unity and Reconciliation.

She said that one of important contribution of Unity Club was the Ndi Umunyarwanda program which resulted into political discussions, reconciliation debates and tangible social activities and was adopted as a national program in 2013.

The program, she said, will allow the youth to grow up without any fear to inherit an odd country.

“Ndi Umunyarwanda (I am Rwandan) is a cure and a covenant. We gave testimonies about this fact while reviewing the integrity of our own who refused to misbehave.”

“We will continue to honour citizens with integrity that carried the country on their shoulders even during the turbulent period; we will also present them to the youth so they can inspire them,” said the First Lady.

She said ‘Intwararumuri’ –  means, “to accept to be protectors of the covenant to unity and togetherness.”

This also goes in line with working towards community development and the country’s protection against ill intended people wherever they may come from.

The First Lady also thanked the Unity Club partners including Ministry of Youth and ICT and National Unity and Reconciliation Commission.

In the last year’s convention, the two institutions joined Unity Club to prepare sessions and programs where the youth whose parents got involved in the Genocide against Tutsi would heal wounds that associate them with the tragedy.

Unity Club is celebrating the 20th anniversary, and the First Lady said, “it is time to celebrate achievements of the last 20 years since the rebirth of Rwanda.”

“After 22 years of our country’s rebirth, a lot was done to help Rwandans become one through tolerance and unity. A lot was achieved some of which is visible and others that cannot be seen but for us we can see them for sure.” 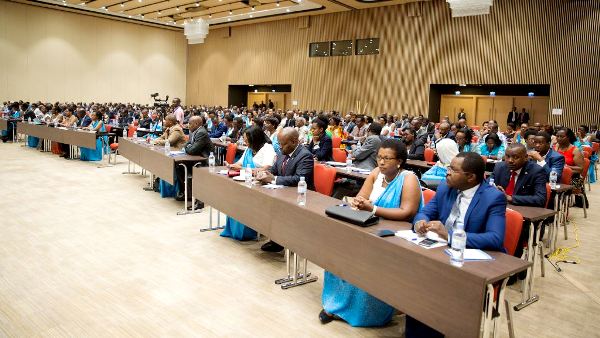 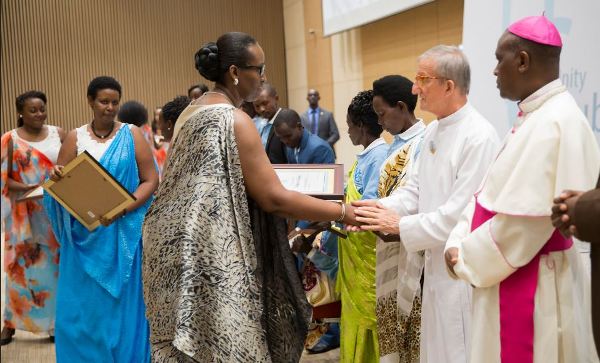