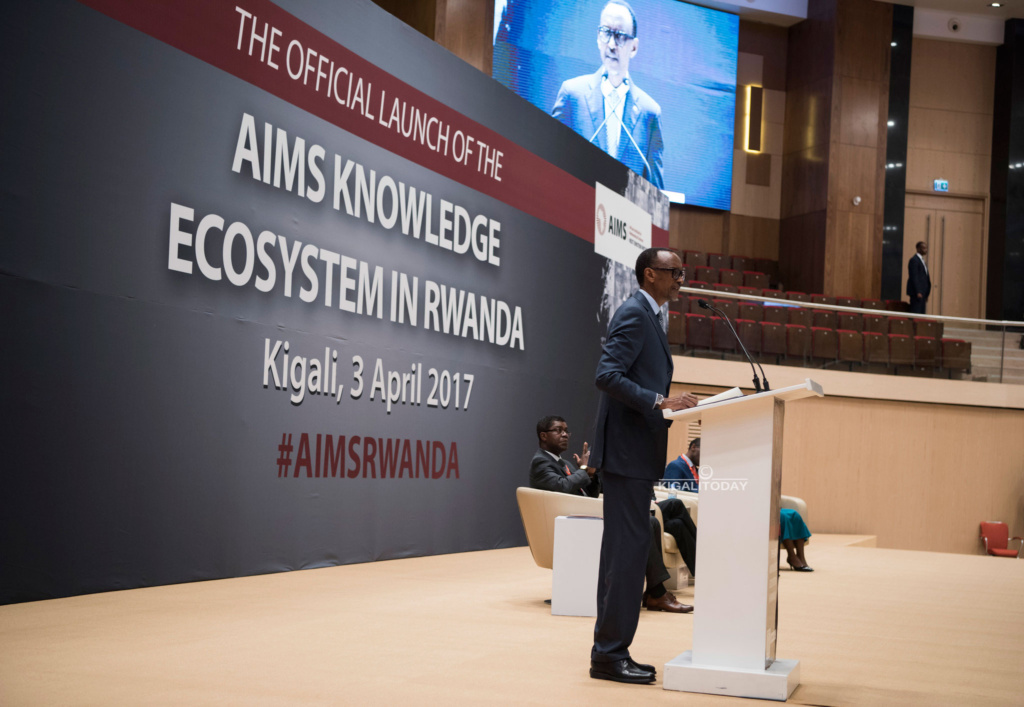 President Paul Kagame has pledged support to the African Institute for Mathematical Sciences (AIMS) for bringing to Rwanda headquarters of an investment the continent urgently needs.

The President today, inaugurated AIMS headquarters in the capital Kigali. The institute is relocating from South Africa following a decision that was announced in December 2015 in Kigali.

He said the institution responds to the needs of Africans.

“There can be no more effective investment in Africa’s future than in educating and empowering talented young people. We have to move beyond potential and create a workforce that will lead this real transformation for Africa,” said the president.

“For Africa to participate meaningfully in the global economy, we must build strong indigenous scientific and technological capacity.”

From this statement, the president reaffirms what Prof. Romain Murenzi, the Director General of  World Academy of Sciences said during Transform Africa summit in Kigali 2015, that some of Africa’s obstacles to catching up with rest of the world, is because, “we don’t have the right training and the right teachers in higher institutions.”

For president Kagame, AIMS taking on that role to provide science and technology for Africa is commendable.

The capacity built right in Africa, he said, will reflect realities on the continent and answer our challenges. 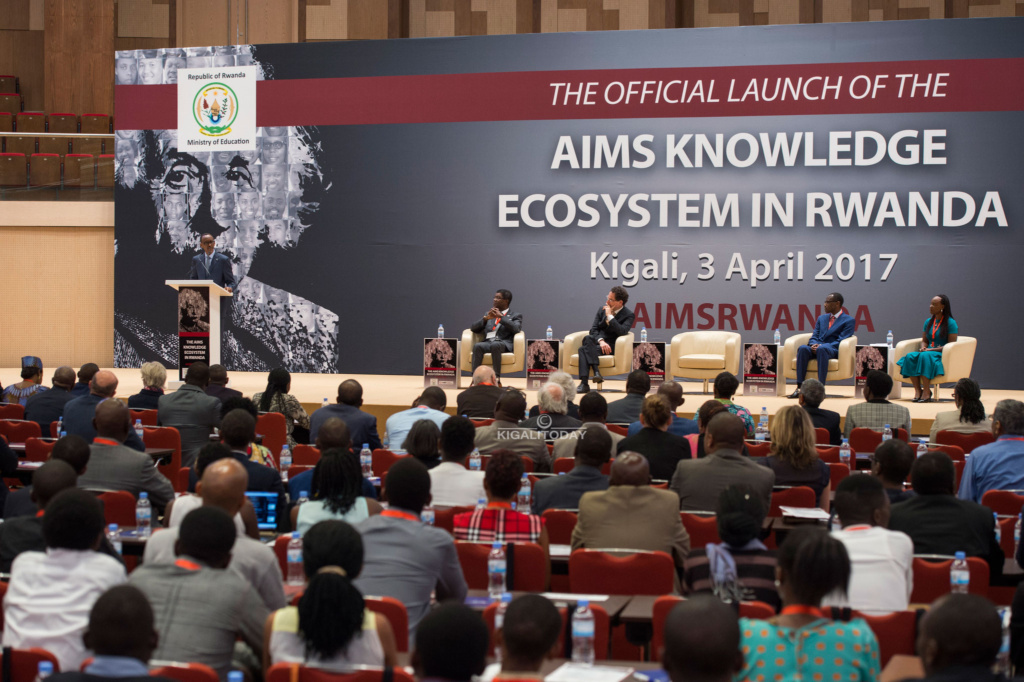 AIMS will not only spearhead training, research and public engagement, but also increase the number of students embracing the reputed tough course, Maths.

According to the president, AIMS will achieve the last objective while using innovative teacher- training techniques, and putting mathematical scientists to work by partnering with industry.

He said Rwanda is AIMS’s partner especially in a specific project of creating a cohort of professionals and researchers that will have an impact on Rwanda’s development.

This will be done through a collaboration to develop an ecosystem, of pan African institutions that has transformational agenda.

This ecosystem includes The Next Einstein Forum (NEF).

NEF is an initiative of AIMS in partnership with Robert Bosch Stiftung. after its launch in 2013, it became a platform that connects science, society and policy in Africa and the world – with the goal of leveraging science for human development globally.

The forum took place in Dakar – Senegal last year while Rwanda will be the host in 2018.

“It will focus on establishing a clear roadmap for how Africa will transform by leveraging science, technology and innovation,” said President Kagame.

“The digital revolution is transforming our world and creating multiple prospects for our eco growth and societal progress,” he added.

He further explained that the new and important area of quantum information science and technology is emerging and is bound to drive the next global cycle of innovation and industrial growth. 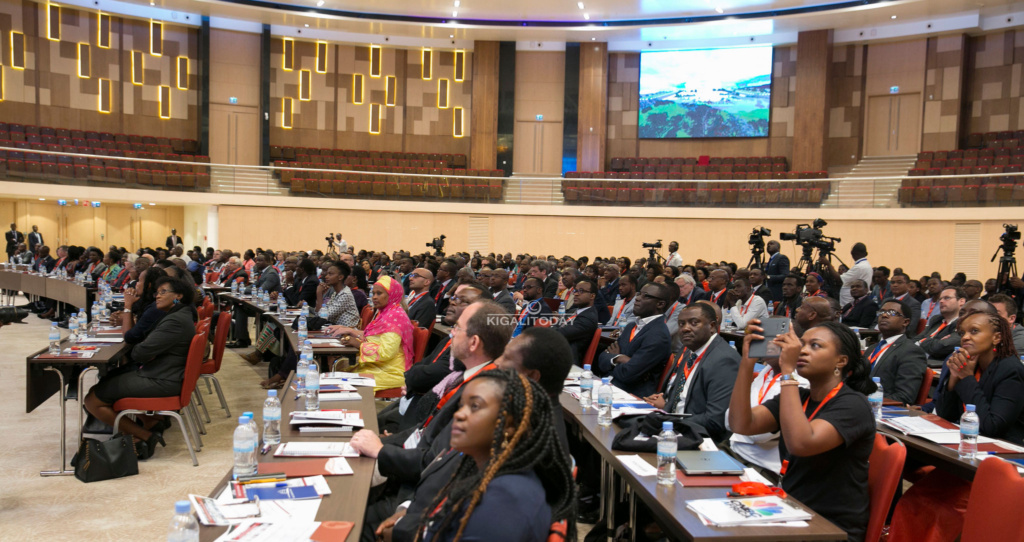 Rwanda will host The Next Einstein Forum (NEF) in 2018

The next deal between Rwanda and AIMS will be a partnership to establish Quantum Leap Africa, the first research centre in quantum sciences in Africa.

“This will be a world class center of scientific research and a leader in solving critical problems of development. The center will also build capability in the information technology of the future,” the President said.

For the president, collaboration between governments and scientific institutions will help to develop the continent faster.

African Union was such an example of such collaboration while endorsing AIMS.

Meanwhile, AIMS launched its first intake in Rwanda in August 2016. The maiden intake included 44 students from 10 countries, including 17 female.

They were selected from 295 applicants.

AIMS Rwanda is the 5th Centre of Excellence in Africa after Senegal, Ghana, Cameroun and Tanzania.

Kagame said that AIMS comes as an addition to an already established system of science and technology related institutions that have a common purpose: “to provide opportunities for Africas brightest minds to develop as problem solvers and innovators.” 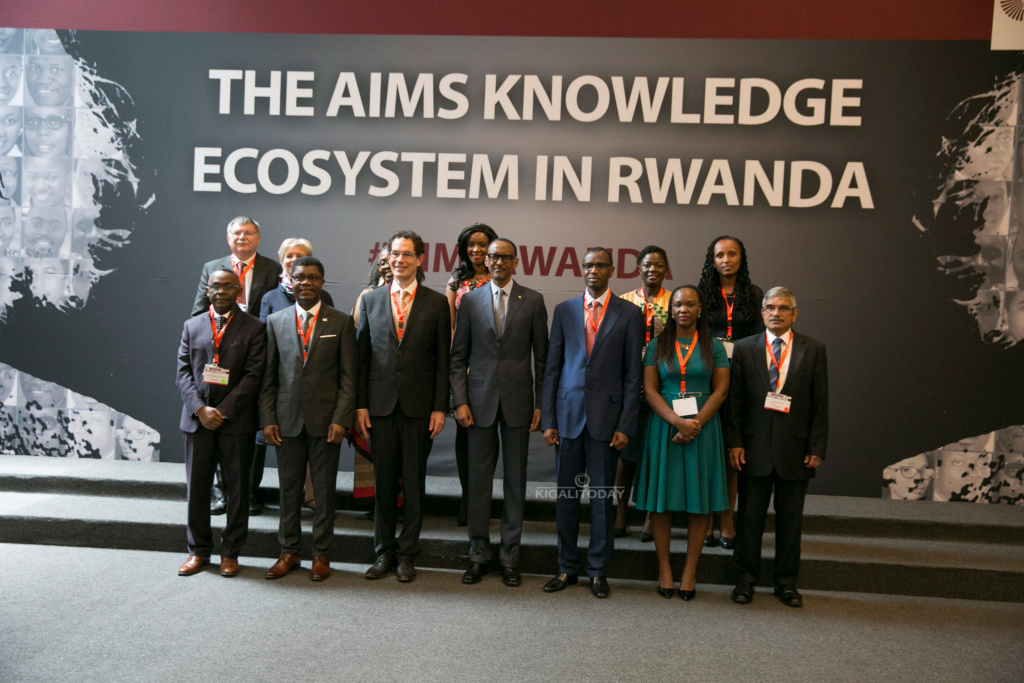