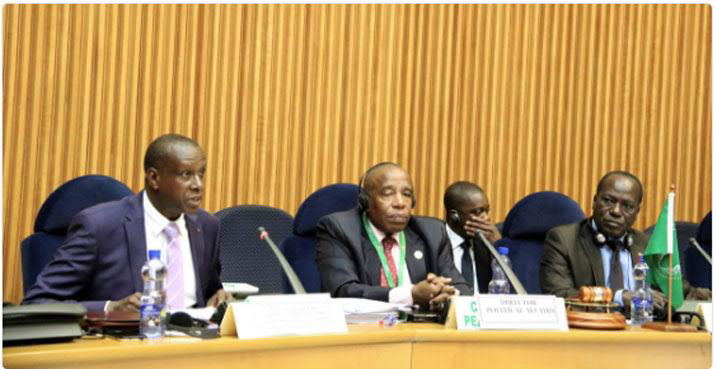 Rwanda has requested African Union member States to prosecute fugitives of 1994 Genocide Against the Tutsi that are roaming scot-free in their capitals.

This request has been made by Dr. Jean Damascene Bizimana – Executive Secretary of the National Commission for the fight Against Genocide (CNLG).

He was speaking today during a session on Prevention of Hate Crimes and Ideology of Genocide in Africa in Ethiopia’s capital Addis Ababa. He said that African States are slow in bringing down fugitives to face justice.

After the Genocide Against Tutsi in Rwanda, hundreds of perpetrators fled to different parts of the world including Africa.

Rwanda has since sent red notices to countries hosting fugitives to help bring them to Justice, but some of them have not cooperated, especially African countries.

According to Dr. Bizimana, “Since 1994, several Western countries have tried Rwanda Genocide suspects. Unfortunately, no African country has done same.”

The Peace and Security Department of the African Union Commission endorsed a plan to hold an annual session on the Fight Against Hate Crimes and Genocide, during April to underscore the need for more action and ‘less talk’.

As genocide against Tutsi continued for 100 days, the World watched, Dr. Bizimana told the session that the massacre, “Didn’t just happen; it was preceded by warning signs which unfortunately were ignored.”

Since April 7, Rwandans are mourning over 1 million Tutsi who perished during the massacre. To avoid such a tragedy from happening again elsewhere in Africa, the session called for all AU Member States to deepen democratic, participatory and inclusive governance, premised on dialogue, consensus and power sharing.

Another recommendation to prevent Hate Crimes and Genocide ideology in today’s session is avoiding Winner-Takes-All models of governance to ensure inclusive socio-economic development for all Africans.

The World must be alert to warning signs of Genocide and act quickly to prevent it, with media and Civil Society Organisation having a crucial hand in it, the session warned.

Chaired by Togo, the Peace and Security Council today received briefing on latest state of the Prevention of Hate Crimes and Ideology of Genocide on the continent.

Mental Status of Suspect in Student Murder Case to be Assessed