Mental Status of Suspect in Student Murder Case to be Assessed 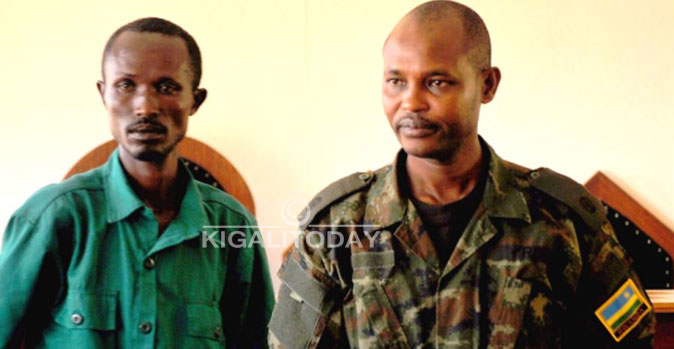 A Military Tribunal in Nyamirambo has for the third time postponed the trial of Maj. Dr. Aimable Rugomwa and Mamelto Nsanzimfura pending a mental health medical examination to prove the sanity of the latter.

The two suspects (who are brothers) face charges of manslaughter after allegedly beating a student Theogene Mbarushimana, resulting to his death on September 4, 2016.

Dr. Rugomwa’s defense team comprised of Joseph Ngabonziza and Jean Claude Ntagara told the military tribunal today that one of their clients (Nsanzimfura) suffers from mental disorder and is not fit to stand trial unless treated.

The military prosecution told court that it had asked for an expertise mental health examination to be conducted on Nsanzimfura before an in-depth trial commences, and the doctor’s appointment has been set for April 12, 2017.

Maj. Dr. Rugomwa has pleaded not guilty in the death of Mbarushimana, who lived in the same neighbourhood with the suspects.

Prosecution evidence said a neighbour had seen Maj.Dr. Rugomwa taking Mbarushimana to his house where he was beaten and later dumped outside their fence and called the area leader saying he had beaten and killed a thief that had broken their home.

His accomplice, Nsanzimfura had earlier told court he did not participate in the beating to death of Mbarushimana saying by the time of this incidence, he was sick and had been taking medication while resting at his young brother’s place.

Court will reconvene on May 9, 2017 and prosecutors say that there is nothing that will stop the trial from commencing since they will have a full medical report within a week.