Home Sports No Movement for Rwanda in FIFA Rankings
Sports

No Movement for Rwanda in FIFA Rankings 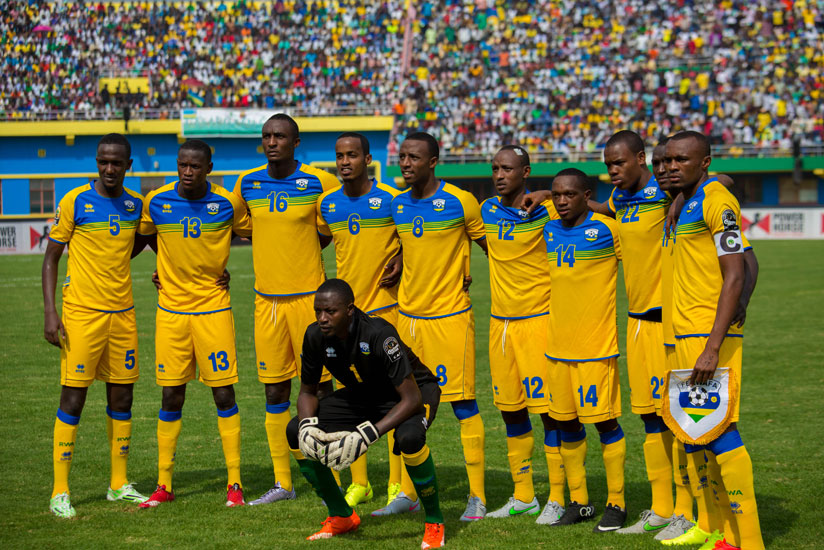 The unavailability of recent competitive matches has left Rwanda static at 118th in the FIFA/Coca-Cola World ranking for the month of October which was released on Last week in Zurich, Switzerland.

Rwanda was last in competition in mid-August as they defeated Uganda 2-0 in their final round second leg of the 2018 Africa Nations Championship (CHAN) but bowed out 2-3 on goal aggregate.

In this month’s ranking, the country remained ranked 118th with 273 points. They are third in the CECAFA region behind Uganda who rose one place to 70th to retain their status as East Africa’s best ranked team and Kenya who slumped 14 places to 102nd following the 1-0 loss to Thailand’s War Elephants who were ranked 137th.

It was Iraq who benefited hugely from the friendly match as they moved eight slots up to 80th while Thailand dropped down one spot to 138th.

Elsewhere across East Africa, Tanzania dropped down a massive 11 places to 136th, Sudan and Ethiopia both moved down seven places to rank 141st and 151st respectively.

In Africa, Tunisia moved up three places to rank as Africa’s best team at 28th while Egypt who qualified to the World Cup for the first time since 1990 remained static at position 30. Senegal is the third best ranked African country after moving one spot up to 32nd.

Worldwide, the top five has not changed with Germany, Brazil, Portugal, Argentina and Brazil remaining the world’s best in that order.