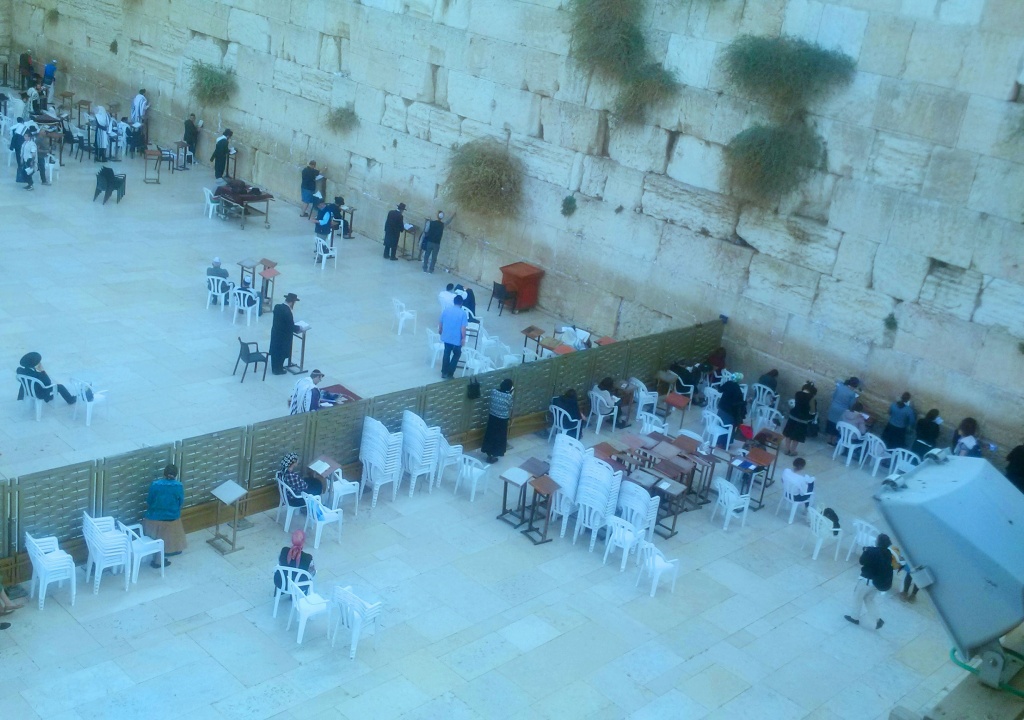 On any given day except for the Sabbath, there are countless pilgrims praying at the Western Wall, the most religious site in the world for the Jewish people located in the Old City of Jerusalem. A visit here is marked by a centuries-old tradition to place a note with a prayer or request in the Western Wall. I also prayed from here too. Just above the wall is the famous Temple Mount site, a trouble hot spot seen regularly on international media provoking battles between Palestinian protesters and Israeli police

For two weeks in November 2011, twelve editors from some of the biggest media in the United States crisscrossed Rwanda. My employer at the time charged me with the task of ‘taking care’ of the delegation. Their final meeting was with President Paul Kagame. I had spent days and nights answering their questions, but had one simple one for them.

“What was your single biggest surprise?” – I asked. One responded; “I expected a military escort right from the airport throughout our trip, but have not seen heavily armed soldiers roaming the streets. Where are your soldiers?” Another chipped in – “My family thought I’d be coming to a war zone – which is what I was looking forward to anyway as a journalist!” exclaimed another.

While here, they filed stories about their experiences. It has been more than six years and am speaking publicly about the delegation for the first time. Around the same period this month, I spent days travelling around Israel. But for everybody I told of my trip, they had this ‘why the hell of all places’ look. I admit the same feeling was strong in me.

Ask any ordinary person about Israel, and will have a same narrative; that is a war zone. But for my travel around Jerusalem, Tel Aviv and Haifa – Israel’s biggest cities and located in different regions, the country is a complete contrast of what the outside world has been made to believe. I only encountered a police patrol twice.

Of course there are heavily armed security officers everywhere, but were only located at buildings – especially government offices.

Inside Jerusalem’s old city – where the world renowned religious monuments are located, is parked with pilgrims and tourists. As per the news media as seen from outside Israel, there are constant battles between Israeli security forces and stone-throwing Palestinians at the Al-Aqsa Mosque – directly opposite the Dome of the Rock. 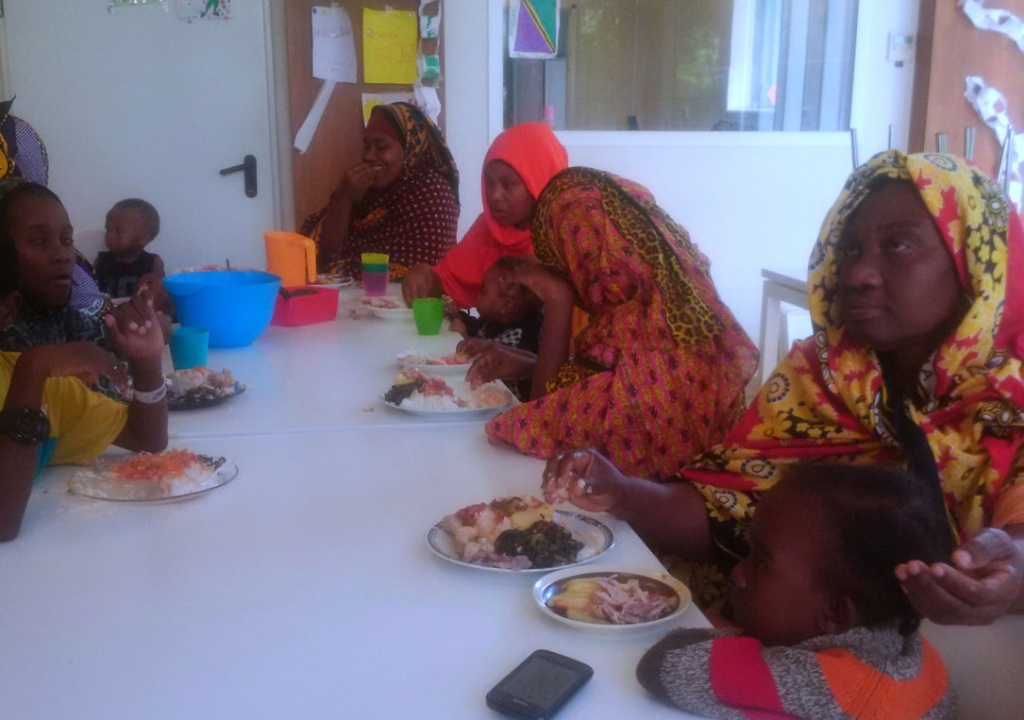 At the Legacy Heritage Children’s Home of Save A Child Heart Endowment Fund in Tel Aviv, young kids recovering from heart surgery stay for months with their caretakers (usually the mother). Here, they eat the food cooked exactly as tastes back home. The facility has hosted kids from many African countries including Uganda, Tanzania, Ethiopia and Nigeria. It was founded by the late Dr. Amram “Ami” Cohen, a renowned surgeon. Ami immigrated to Israel from the United States in 1992.

The three hours I spent walking around the one-square kilometer city left me wondering if the brutal Israeli security officers had instantly disappeared. Due to the powerful religious value of the mosque and dome, the compounds are packed with visitors. The police are only visible at the main entrances into different parts of the old city.

Israeli government officials are unanimous that the 24-hour international news cycle has helped shape the perception about Israel as a place with bullets flying around all the time.

“Before Trump came onto the scene, we had been speaking about fake news for years,” a senior official at the Foreign Ministry told me, referring to U.S President Donald Trump unrelenting attacks on the news media.

Micky Rosenfeld the Israel Police Spokesman said the force operates on a ‘preventive policing strategy’ that keeps bad guys off streets before they commit the crime. Terrorist attacks remain the biggest threat, especially in Jerusalem’s old city and other border regions.

“The officers stationed inside the Old City will receive information online in real time as an incidence occurs, whether it’s a terrorist attack or criminal matter,” Rosenfeld said. “They receive pictures of suspects to help track them as the situation unfolds.”

Numerous delegations from European and American security and law enforcement agencies have gone to learn from Israel, said Rosenfeld.

As a journalist, am always skeptical about what government officials say because that’s what they are paid to do anyway! A one-hour drive in taxi from Tel Aviv to Jerusalem, I met Efraim who was with another colleague. How safe is it for me to move around any city? – I asked. I posed a similar question to several other Israelis I met, and all point out that save for the terrorist attacks, the crime rate is zero! You will walk through any neighbourhood in any city at any time and nothing will happen to you.

Rwandan officials have since 1994 struggled to convince the outside world that insecurity that ravaged the country 23 years ago did end then. Despite global agencies like Gallup Poll affirming how safe Rwanda is, a constant stream of news about a chaotic neighbourhood, leaves any visitor expecting live gunfire once they step on Rwandan territory.

At Ben Gurion International Airport in Tel Aviv, I met a Nigerian who was arriving to start his International MBA. There were smiling faces all around us, asking if we needed any help. That is how I met Efraim, the taxi driver. My visa was strangely written, and I had to answer plenty of questions from airport security (but this is a story for another time).

Perhaps, the announcement yesterday by Israeli Prime Minister Benjamin Netanyahu after meeting President Kagame, to set up embassy in Kigali may not have come at a better time.

Rwanda already has an embassy in Tel Aviv. I paid nearly Rwf 120,000 just to move my passport from Kigali to the Israeli embassy in Addis Ababa for the visa, and back. This is minus the visa fees remember! 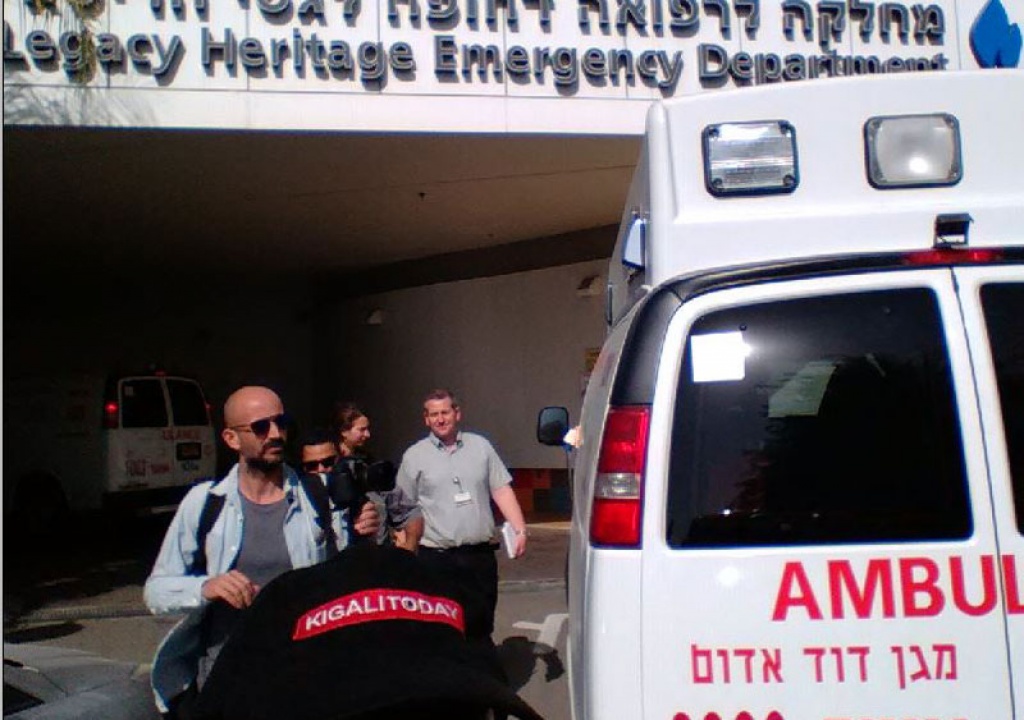 At the Galilee Medical Center in Haifa, one of Israel’s regional hospitals, is where wounded Syrians have been brought since the war broke out. One soldier told me of the shock he felt on seeing how well they were treated, yet have grown up knowing Israelis are so bad. Doctors here said they hoped by offering such humanity would contribute to changing those treated and thereby their communities back home. The medical center in Haifa has treated 140 Syrian men, women and children.

The news media is awash with reports of Israel plans to deport some 40,000 African immigrants from Eritrea and Sudan, and that Rwanda has agreed to take them in. Kigali has not made official comment about the issue, but it is said the government will get $5,000 for each of the deportees. The narrative running through the already suffocated public is ‘there goes Israel doing the same it does to Palestinians’ to keep all non-Jews out.

Israeli government figures show there are more than 250,000 foreigners living in Israel. A Knesset committee on Foreign Workers report released four years ago said there were 88,864 legal foreign workers in Israel.

In addition, there are about 95,000 people in Israel illegally on expired tourist visas, 31,000 Palestinians working legally in Israel, and around 45,000 Africans – most are said to be requesting for group protection status. The figures were reported by The Jerusalem Post.

But reading about the illegal migrants due for deportation gives the impression Israel does not want any foreigners on its soil. And that those inside the country are closed off from normal life Israelis enjoy.

After encountering the Nigerian MBA student, I met a group of some 20 students from different African countries including Cameroon, Uganda, Tanzania and Mali. They are university students on a horticulture program. They study and work on a family business, with operations across several African countries exporting flowers to Europe.

Rwanda government figures show more than 620 students have attended agriculture studies in Israel. This does not include those who have gone through Jewish expertise but whose numbers government won’t tell us because they are security related. 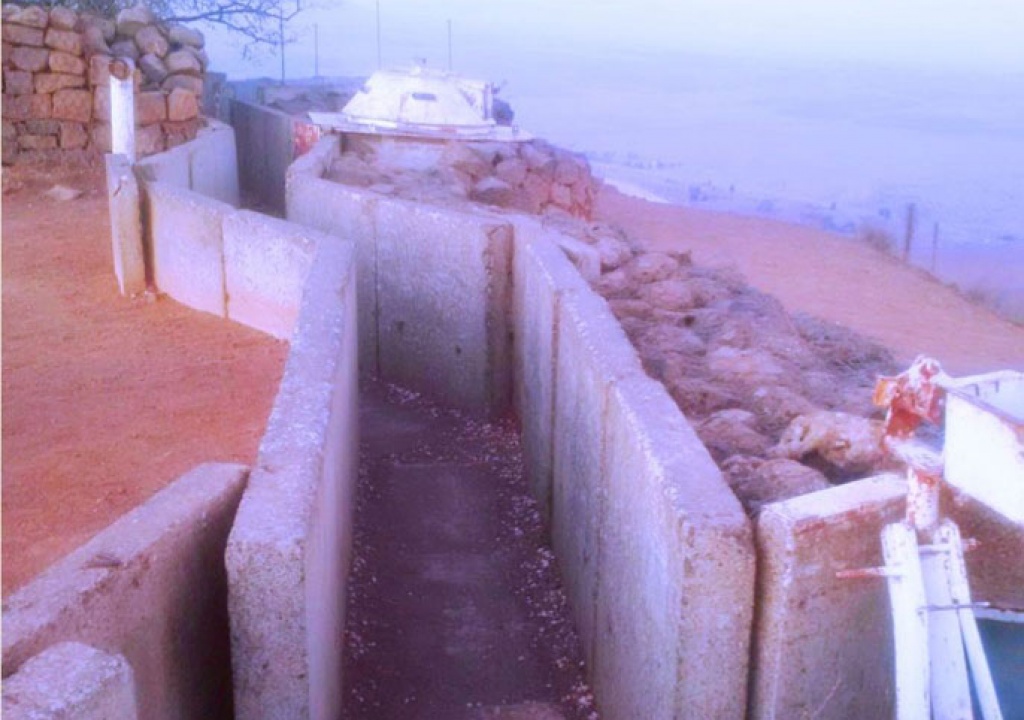 A site on top of the Golan Heights, which was a military outpost during the Israel-Syria war in 1967, but is now a major tourist site. Hundreds of tourists come here every day to have first hand view of the raging conflict in Syria. Less than 50km away is the Syrian capital Damascus. When I visited, explosions could be heard in close range – a sign the conflict is not far away from Israel’s border.

Some people – especially journalists I have met on international travel wonder if it is really true that Rwanda hosts more than 160,000 refugees living in camps dotted in different parts. There are thousands of migrants living and working in Rwanda.

But the Rwandans have been targeted in the Democratic Republic of Congo and Burundi. No attacks on foreigners have been recorded in Rwanda. The restaurants and bars  owned by Burundians, Kenyans or Lebanese are ‘the place to be’ for local revellers.

More than 20 Congolese soldiers and police have ended up on Rwanda side of the volatile border – often drunk, or looking for food from border villages. Some refused to be repatriated – either fearing reprisals or simply to enjoy the hospitality.

Back to the American editors I hosted in 2011, their perception of a war-ridden Rwanda is not isolated. Not many of the countries I have visited have the same contrast as Israel and Rwanda.

Kigali and Tel Aviv have plenty of work to do.

At the Legacy Heritage Children’s Home of Save A Child Heart Endowment Fund in Tel Aviv, young kids recovering from heart surgery stay for months with their caretakers (usually the mother). Here, they eat the food cooked exactly as tastes back home. The facility has hosted kids from many African countries including Uganda, Tanzania, Ethiopia and Nigeria. It was founded by the late Dr. Amram “Ami” Cohen, a renowned surgeon. Ami immigrated to Israel from the United States in 1992.