A surprising announcement from Rwandan songbirds Charlie & Nina shocked the music fraternity this morning when the duo confirmed having parted ways with the local popular manager, Alex Muyoboke of Decent Entertainment.

“We are taking control of our own careers, setting up our own management agency to manage our own affairs, as well as promoting our music,” the press statement signed by the duo reads in part.

The move has left music and showbiz pundits speechless.

KT Press has gone behind the scenes of this “Breakup” to find out why and how it could have happened.

Showbiz commentators say that Muyoboke could have gone for these ladies after seeing that managing boys was not going well.

From almost rags to podium fame, Muyoboke picked up the girls in 2013.

Charly who is somehow soft spoken was nowhere known in the mainstream music. She was a backup stage performer for local artists when they met Muyoboke.

Nina was a backup stage singer for a local live Jazz and Karaoke music group which performed mostly for hotel guests. She had some single produced, but had not received airplay.

Following their signing up with Muyoboke, the divas hit the Rwandan music scene with a single “Indoro” ft Big Farious (of Burundi) – one of Muyoboke’s connections. Since then, the divas have ousted hit after hit for five straight years.

They became famous locally regionally and into Europe. It is here, in Europe that our sources say problems between the group and Muyoboke emanated. They failed to agree on the money made during the tours in in Belgium and Switzerland in 2016. 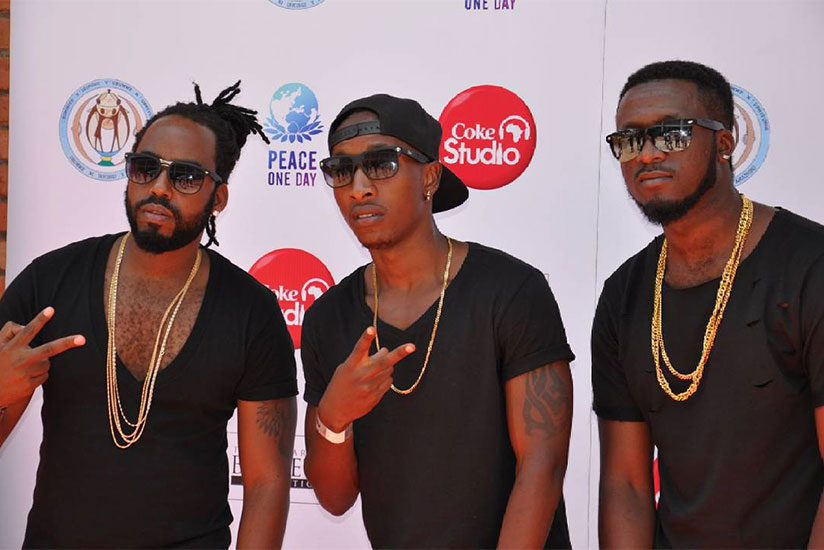 Nina is believed to have failed to agree with their manager on who takes the lion’s share.

“They should have separated back then but they waited for the contract to end,” a showbiz reporter told KT Press.

Sources also indicate that Nina having known big shots at ‘The Mane label’ which manages Safi (ex-Urban Boys), the label expressed intentions of signing the group after their Europe tour.

“These are our new professional principles in order to advance our music and brand across Africa and the world,” the statement added.

Muyoboke who remains surprised by this move has indicated that he hopes they will change their minds.

“This is surprising, they (Charly & Nina) never told me anything, but I will find out what is hidden behind this,” Muyoboke told reporters after the release.

Some analysts argue that whoever Muyoboke manages becomes a celebrity, but whoever has fallen out with him, slides back into oblivion. 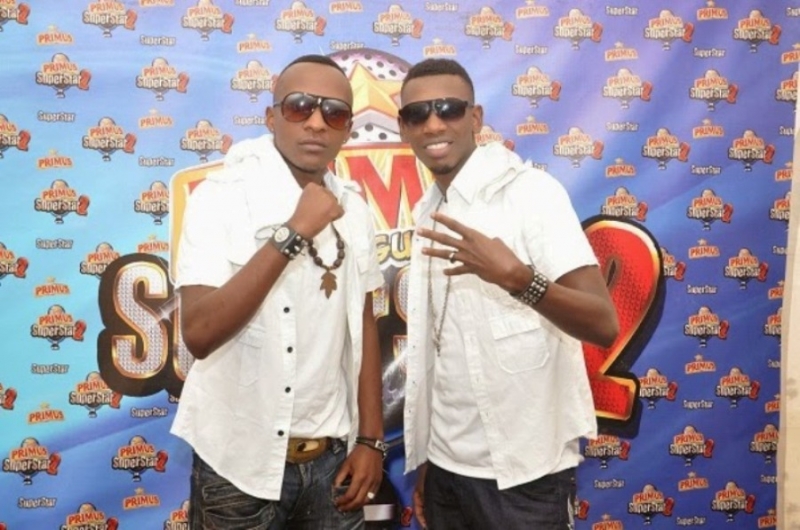 Alex Muyoboke for years has scouted and nurtured music talents in the Rwandan music industry.

Most of the artists he has handled as a manager, he picked them from scratch and managed to sell them to the public.

On his list is: Tom Close, Dream Boys, Urban Boys, Kid Gaju, Social Mula, Dj Pius- some of them on a part-time basis but most have managed to become stars and participants in the lucrative Primus Guma Guma Super Star awards.

One of the hardest periods for Muyoboke was losing Tom Close in 2010 after two years of working together.

Since 2008, Muyoboke and Tom Close were very close to each other as they went to the same university – former National University of Rwanda (NUR).

The two had close relations and didn’t need to sign a contract but had a gentleman’s agreement.

Muyoboke literally used his influence to connect Tom Close to many producers, and local artists and organized his shows which earned the singer a lot of money and fame.

This relationship was put on hold in 2010 when the two started fighting over money.

Tom Close closed the chapter subsequently putting up a long standing beef which got worse with the artist singing provocative songs such as Ntibanyurwa and Si Wowe Kamara hitting Muyoboke.

Tom Close’s fame was already established. His climax was in 2011 when he won the first ever Primus Guma-Guma superstar award.

But since then, Tom Close tried so hard to stay on top with little success.

Fall out with Dream Boys

This Close disruption literally put Muyoboke back on the streets hunting and hustling. He was lucky to land the Dream Boys duo (Platini and TMC) – who signed with him a one year contract.

The Boys decided after one year they couldn’t renew that contract on grounds that Muyoboke was policing them and they needed a break and to be independent.

This relationship was optimistic, attracted lots of deals, but short lived. However, the Boys walked out with fame and blissful moments moving across borders to make their music videos.

They also landed several collabos with Ugandan artists and signed deals with corporate companies like Tigo Rwanda, which led to the boys who only started as dreamers, ending up winning Guma Guma award in 2017.

In June 2012, Muyoboke had solicited a management deal with the Urban Boys trio. He came into the group, which in itself had internal and personality wrangles (between ‘Nizo’ and ‘Safi’) as ‘Humble Jizzo’ played the mediator role.

Muyoboke admits that even when he managed this trio to extend their music across the country, he also had to play a mediation role whenever they fought.

He managed the trio for only one year – 2012 to 2013 and they fell out under circumstance of failing to agree on who is who among the artists and their manager.

The urban boys have since separated and their solo careers are yet to blossom.

The relationship between Muyoboke and the artists is a story of hate and love and now the showbiz pundits are waiting for the next raw talent he will unleash onto the music scene.