President Ali Bongo Ondimba of Gabon arrived   in the country today for a state visit.

Both countries have been actively working on joint projects to cement relations – mostly linked to business ventures that will benefit both economies and citizens of the two countries. 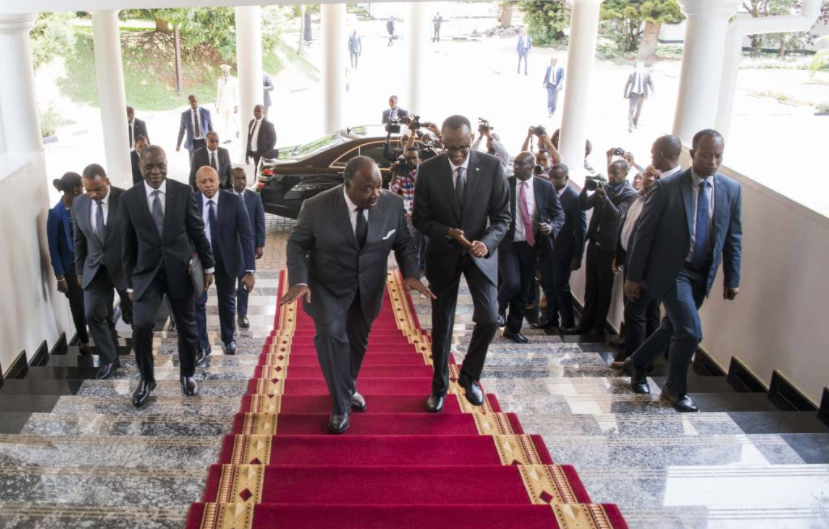 During President Ondimba’s visit to Rwanda in October 2012, his counterpart, President Paul Kagame said at a state banquet, that the visit was a historic moment that indicates the emerging importance of inter-African state partnerships.

President Ali Bongo Ondimba is a board member of the Smart Africa Alliance Initiative chaired by President Paul Kagame.

The Smart Africa Alliance, with headquarters in the capital Kigali, has grown a market of over 560 million people.