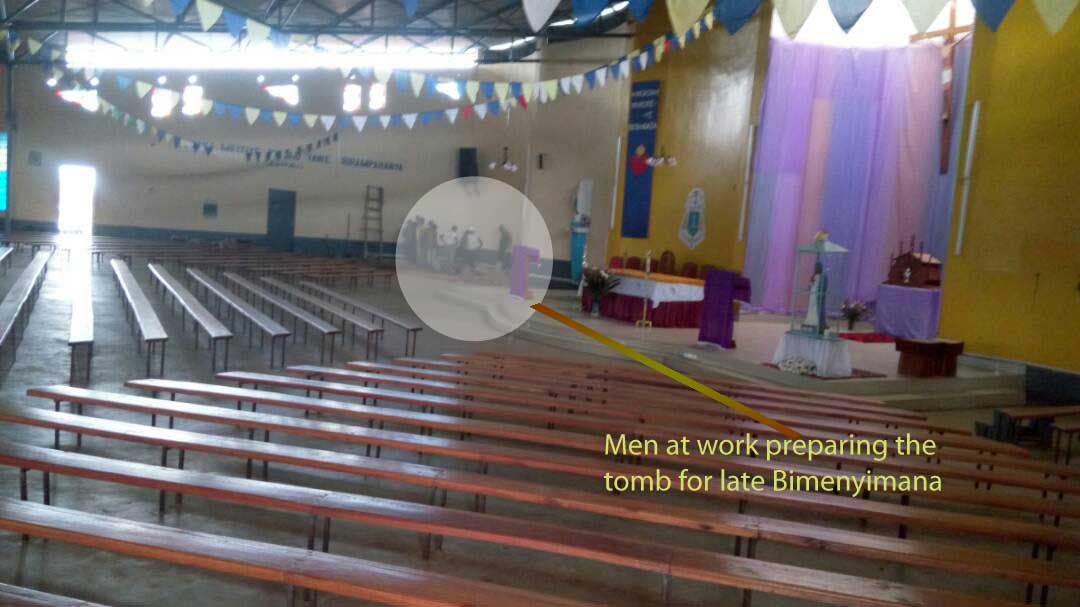 Late Monsignor Jean Damascène Bimenyimana of Cyangugu diocese will be laid to rest this Friday March 16, 2018.

“The funeral mass and burial will be held this Friday at Cyangugu cathedral church at 10am” said a statement signed by Bishop Phillip Rukamba, the president of Rwanda Episcopal Conference.

Bishop Smargade Mbonyintege of Kabgayi diocese who grew up and studied with Bimenyimana, told KTPress that the loss of the bishop was a loss to the church’s legacy in Rwanda.

“I knew him as a silent humble young man, who didn’t only love God but he loved to work hard. His hard work was seen in formation (religious training) of hundreds of young religious,” Mbonyintege said

Religious what? This statement is missing something

Our sister web site Kigalitoday reporter in Rusizi says preparations for Bimenyimana’s burial were underway and the grave inside the church – near the cathedral’s altar is being prepared.

In Roman Catholic tradition, a bishop is buried inside the church-not any church, but the cathedral.

The body of Bimenyimana will be laid inside the cathedral church building as part of the catholic tradition.

Bimenyimana had silently battled cancer for several years until he breathed his last on March 11, 2018 at the age of 65 at Rwanda Military Hospital located in Kigali.

Bimenyimana, was born in 1953 and was raised in a Christian family. He served for close to 38 years in priesthood.

At the age of 27 years, he was ordained priest in 1980 in former Cyangugu province and consecrated as Bishop of Cyangugu Diocese in March 1997 where he served the catholic flock in the region till his death.

Apparently, Bimenyimana became the second bishop to die in Rwanda in the same month of March in the last six years after Bishop Augustin Misago (Gikongoro diocese)– who also died on March 12, 2012.

Priests and Bishops from all over the country are expected to attend a requiem mass which is expected to be held at the cathedral grounds.