CAF Slaps Rayon Sports Fc with a $15,000 Fine, Two-year Ban to Its Officials 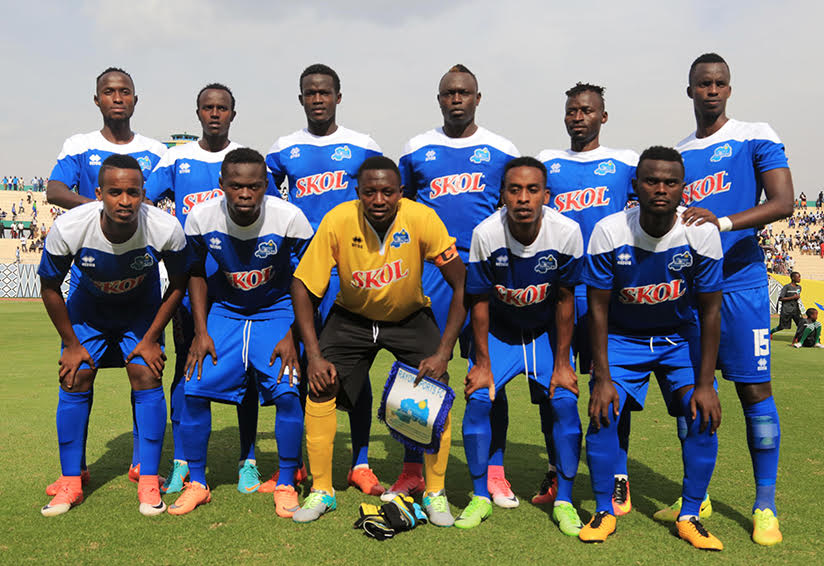 The Confederation of African Football (CAF) has slapped Azam Rwanda Premier League champions Rayon Sports a $15,000 fine and a two-year ban from football activities to four of their club officials.

In February, CAF opened match fixing allegations on Rayon Sports Fc who had defeated Lydia Ludic 1-0 on Ferbuary 21 in the return leg to proceed to the first round 2-1 on aggregate before they were eventually knocked out by South Africa’s Mamelodi Sundowns to drop to the Confederations Cup play-off.

The sanctions were passed by CAF after Rayon Sports Fc and its officials after they were found to have violated the CAF Disciplinary Code and Statutes during their away return leg of the Champions league against Lydia Ludic Academic of Burundi on February 21, 2018.

According to Rwanda Football Federation (FERWAFA), the decision to sanction Rayon Sports Fc was confirmed on Monday evening following their communication of the resolutions of the CAF Disciplinary Committee.

The decision to fine Rayon Sports a hefty $15,000 was due to the fact that they conceded that their officials had violated articles 82,83,136 of the Disciplinary Code, as well as the CAF statutes, as well as the spirit of the game, but submitted that the said officials had not been mandated by the club in any manner whatsoever.

However, Rayon Sports was allowed to progress to the Confederation Cup Competition CC 2018 in view of the fact that there was no material evidence relating to the direct involvement of the transgression by the above mentioned officials, as supported in their correspondence.

In February, CAF was informed that there might be some allegations of match fixing after being notified on the match eve, visiting team officials were found in the fourth official’s room No. 501 and some others were in the corridor leading to the rooms, when confronted by home team officials, the tried to run away and Police were called and the visiting team officials were detained. The commissioner intervened and made his own investigations and observed the clips of CCTV of the hotel and then the match took place as scheduled.

As a result of the above, CAF then decided to open investigations and requested all parties inclusive of the officials to provide the necessary comments, observations and submissions to the allegations.

All parties submitted a written report which were examined and interrogated by the Disciplinary Board, inclusive of copies of the passports and identity cards of the Rwandan officials (Rayon Sports Fc) mentioned in the various reports as involved, namely; Rukundo Patrick, Mudaheranwa Shaffy, Nkusi jean Paul and Muhirwa Prosper. The Burundian guide mentioned in the reports was identified as Mpundu Eloge.

On March 25, CAF’s Disciplinary Committee composed of South Africa’s Raymond Hack (Chairman), Yassin Osmake of Djibouti (Vice Chairman) and Issa Sama of Burkina Faso (Member) met to discuss the matter in question in a meeting which was held in Cairo after each party had submitted their side of view.

After deliberating at length on all aspects of the matter, and having taken into account the provisions contained in articles 82,83,136 of the Disciplinary Code, as well as the CAF statutes, the Board took the decision to fine the Blues while their officials were each slapped with a two-year ban from all football activities.

Meanwhile, the Disciplinary Board recommended that the Burundi official referred to, namely Mpundu Eloge,also be suspended from all football activities for a period of one (1) year by virtue of his involvement with the Rwandan officials referred to above and furthermore his failure to report the relevant incident to his club.

CAF has given Rayon Sports Fc and its suspended officials a three-day notice to submit their protest to the CAF Appeals Board if there is any.

Rayon sports have to pay before the end of the April 2018, in order to continue without the risk!