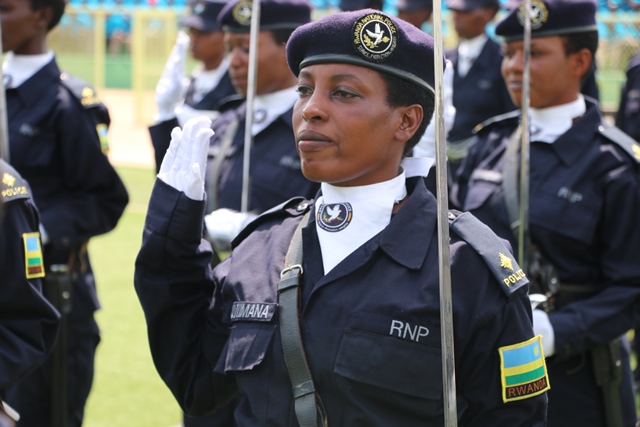 The forum was presided over by the Deputy Inspector General of Police in charge of Administration and Personnel Juvenal Marizamunda along with United Nations Resident Coordinator Fode Ndiaye.

“We believe that achieving gender equality is beyond numbers, but it also requires policies and strategies that empower women police officers to reach their full potential “said Marizamunda.

According to Marizamunda this forum is good for sharing ideas and experiences, challenges facing police women and the possible solutions to improve conditions of policewomen in the Rwandan police force.

United Nations  Resident Coordinator in Rwanda said that “ this is the right time for appreciating Rwandan policewomen for their contribution towards fulfilling the police targets. For that a reason, I appreciate the works done by the police women for their services delivered”.

“I also thank the government of Rwanda for contributing a great number of policewomen in policing to other rest of the countries in the world” Ndiaye said.

According to the last year’s 8th event that was held at Police Training School (PTS) in Gishali, Rwamagana District, about 21% of the total police force are women.

On February 19, 2018, the United Nations decorated 183 Rwandan police peacekeepers serving under its mission in South Sudan with medals of service excellence and about 30 of all those decorated were women.

CAF Slaps Rayon Sports Fc with a $15,000 Fine, Two-year Ban to Its Officials

Gov’t Pushes for Self-Sustenance in Public Hospitals, But are The Hospitals Ready?