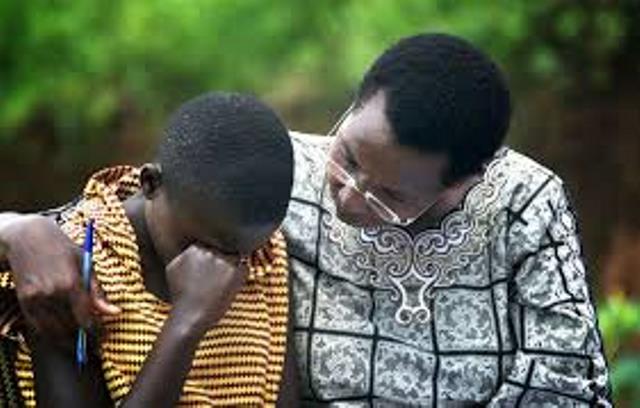 A new research on genes has shown that children who were conceived during the 1994 Genocide against Tutsi have a high chance of suffering from Genocide related Post-Traumatic Stress Disorders (PTSD) even if they never lived the experience.

The research, which was conducted by Dr. Leon Mutesa – Associate Professor of Human Genetics, and Director of the Center for Human Genetics at the College of Medicine and Health Sciences of the University of Rwanda and a team of genetics research scientists, revealed the alarming issue.

The study which focused on the Genocide against Tutsi and trans generational transmission of maternal stress and human central stress response system (HPA axis), showed that a hormone (cortisol) responsible for regulation of metabolism and stress was lower (below 80ng/ml) among exposed women and their Children while it was over 100ng/ml higher among the non-exposed.

It also showed that prenatal stress on a mother during the genocide led to genetics of the pregnant ones to undergo a mutation which was passed on to the unborn embroil, thus causing a possibility of elevated mental disorders later in life.

“The epigenetic modifications underlying these dysfunctions may contribute to the transmission of traumatic stress from mother to offspring,” says part of the study.

Speaking to KT Press, Dr. Mutesa highlighted their research based on animal models.

“We based the research on evidence from animal models, which were exposed to traumatic events and expressed mutations and changes of genes which was the same mutation found in the exposed group of women due to traumatic events during the genocide. But there was no mutation among the non- exposed,” said Dr. Mutesa.

Mutesa also added that the gene transfers of exposed women to their offspring can be seen with expression of symptoms of Genocide related stress, yet the children never lived or experienced Genocide traumas in real life.

Findings from the pilot study highlight a biological embedding of traumatic stress that endures more than 20 years after the Genocide.

This, according to Mutesa, could explain the reasons why a young generation of Rwandans can be engulfed in a Genocide related ideology, and behaviors 24 years on even when they were not born yet.

In order to better understand the study, the team of researchers has applied for a research grant of $1.2million to conduct another study on 300 samples – of other siblings born of the same exposed and non-exposed mothers.

This advanced research will be conducted with the help of Association of Genocide Widows Avega Agahozo, who have a data base from 20,000 members and the results will be published for further research on the Africa Academy of Science (AAS) Open Research Platform which was inaugurated in April this year.

This is also expected to strengthen Rwandan capacity in bioinformatics and molecular genetics to study the etiology of other commonly occurring brain disorders in Rwanda (e.g. epilepsy, bipolar disorder, psychosis).

Post-Traumatic Stress Disorder is a debilitating and severe anxiety disorder that occurs after experiencing or witnessing a traumatic event.

However, Dr. Mutesa advises that those who lie under this category of PTSD’s resulting from genocide traumatic experiences should seek professional counselling because these disorders can be treated in time.

But according to Chantal Mudahogora a therapeutic Counsellor at Alzheimer Society of Hamilton and Halton Ontario, Canada; just because one survived the Genocide does not give him/her the status of being traumatized until he/she starts showing debilitating symptoms of trauma and is diagnosed by a practitioner.

In her view, causes of PTSDs should also be seen through self-destructive behaviors coming from early childhood chronic abuse, neglect, atrocities, exposure to violent crimes or any other unresolved issues and functions of the brain to overcome the events or not.

APR FC, Mukura VS to Face Off in Super Cup Next Month