One day rural housing will be a lucrative industry! WhyNot?

When I returned to my grandmother’s village for the first time after nearly 20 years, I was amazed to find that nothing had changed! The thatched roof homestead was exactly the way it was when I was six years old. (You should know by now that I have a better memory than an elephant!)

My grandmother wanted me to give her electricity… given that I claimed I was an “electrical engineer”! 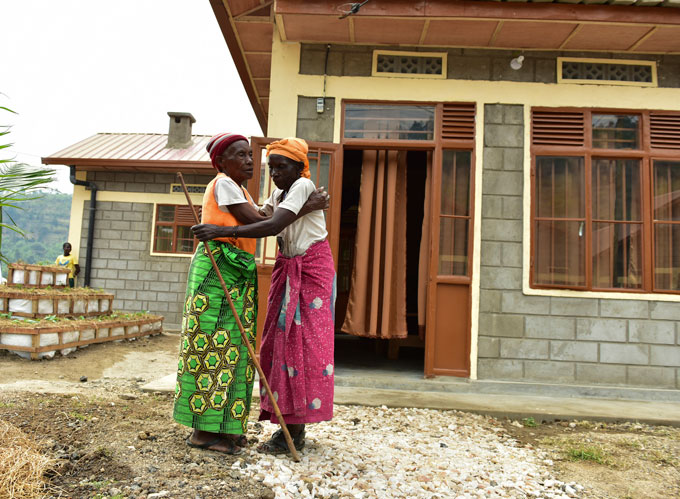 I was disturbed about the state of her homestead, even though my concern was not shared by any of my relatives. When I asked my grandmother what she really wanted, she was clear:

“I want a house with electricity, brick walls, cement floor, and I don’t like the grass!”

I owed so much to my grandmother, perhaps even my very life. When the War of Independence began, I was with her when the army swept through our village looking for guerrilla fighters. I was only six but she immediately sent me back to the city. In later years she was interned in “fenced villages” by Ian Smith’s army. She was a tough old lady and lived until she was 106 years old.

She knew her mind, and she knew me.

“I want a proper house,” she demanded.

Now if I could have, I would have simply borrowed a little money to build her house, right? People laughed at me with scorn at the idea that I would borrow money to build a rural homestead.

I do not accept that things should remain the way they are, as though ordered by God!

I asked an architect friend to design me a rural homestead for my grandmother. He thought it was a novel idea, and travelled there with me one afternoon. It was nothing elaborate. It was functional, and with all the rural elements.

It was my little project for years. I would buy cement and bricks bit by bit. Remember, I did not always have money.

In the years that I worked, I wondered why governments don’t provide tax incentives for people like me who wanted to invest in improving the rural areas. I wondered why entrepreneurs do not set up rural mortgage financing vehicles.

I imagined for her a rural homestead with running water and electricity. With the advent of solar energy, it is possible now!

What really excites me now is the possibility of #Re-Imagining our villages. Nowhere is it written that they cannot be improved. In Rwanda they are now Re-Imagining with model villages powered by solar. #WhyNot?

Our policy planners can also Re-Imagine and create incentives for those who work and live in cities and the diaspora to invest in rural areas! #WhyNot?

Don’t write to me about the challenges. I know them all. Let’s see what we can do nonetheless, because we must.